York Project: The Detroit Streetwear Company On A Mission To Help The Homeless 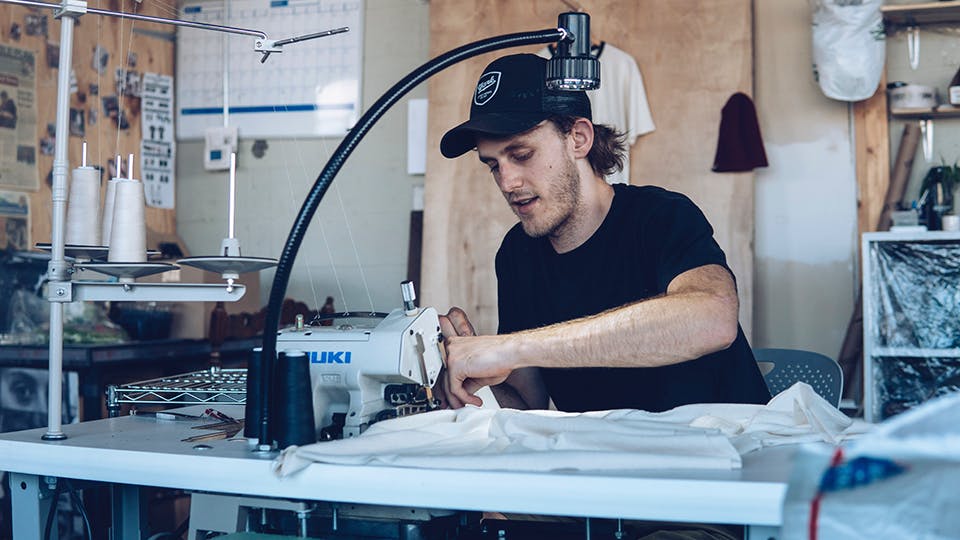 Josh York, founder of Detroit-based streetwear company York Project, was just 10 years old when he decided his wish list in life included a clothing line of his own.

Naturally fascinated with the industry, he says it was one particular garment and its universal appeal that really stood out to him: the t-shirt.

“No matter what group you’re in, people get t-shirts for things—it’s a unifier. To me, it was really cool. It was so simple and universal, but yet it could tell a story about something,” says Josh, who later admitted that—at 25—he has a full drawer of shirts that don’t fit, but still hold a special place in his life.

His dream was ever present throughout his childhood and teen years as Josh enjoyed screen printing, sewing and designing, but his desire for his own line really started to materialize about six years ago when he stitched “York” into a beanie he bought at a local hardware store. Josh says his friends loved it, and being the business-minded person that he was, he knew there was an opportunity.

“I started to buy more and sell more and it just kind of went from there,” says Josh. “I’m lucky I have a cool last name for something like this.”

That one small move would prove to be the catalyst for a company that’s as much about making quality products as it is about giving back. While his name worked for the brand, he says it’s not what his company is all about.

“There was a big drive to just be part of what’s happening in Detroit . . . to be able to do something where I can positively impact the comeback of this cool city," says Josh.

His company sells beanies, shirts, sweatshirts and more. For every product that is sold, Josh’s team puts together a donation kit—a durable tote bag stuffed with a water bottle, pair of socks and roll of toilet paper to distribute to someone in need.

They initially started with the TOMS one-for-one model, where they donated one beanie for every beanie purchased, but quickly realized there was a greater need for the everyday essentials and adapted.

“I was raised in a way that if you’re lucky enough to have good things in life, you should help people who aren’t as fortunate as you,” says Josh.

Since its founding in 2012, York Project has made more than 24,000 donations across 23 American cities. In the beginning, Josh says he distributed donations to various shelters as he traveled across the country, but he says now the focus is on making a bigger impact in Detroit.

“My goal is fulfilling the other side of why I started it, giving back to Detroit and being part of what’s happening here and also just finding a way to help people that maybe need a job or an opportunity . . . developing our workforce of local Detroiters,” says Josh.

Besides the donations, York Project now sources American fabric to craft its shirts right here in the Motor City instead of screen printing shirts from overseas—creating local jobs.

“It’s really difficult to differentiate yourself so that’s why we wanted to start making our garments in the city,” says Josh.

While Josh started the company in his kitchen with the help of his mother, his team has now expanded to 10 people with future growth on the horizon.

Like Shinola, with all of the products York Project makes, the focus is on creating opportunities and quality craftsmanship.

“I think there are a lot of aspects of quality. I think you need the functionality of it—that’s going to last you for a long time . . . or for the time that you need it,” says Josh. “But then ultimately, it's still going to be on trend, it’s never really going to go out of style."

Shinola is proud to collaborate with York Project on a collection of Shinola shirts, and sweatshirts designed specifically for our Shinola Hotel team members.

As for the future of York Project, Josh says he hopes they can continue to partner with other companies and expand their charitable footprint right here in Detroit.

“We’re really focusing on building relationships with companies like Shinola and other brands that want to do more volume so we can then create those job opportunities—whether it’s private labeling or partnerships with different brands, whatever is going to be able to make us build a sustainable business,” says Josh.

He says it’s a privilege to be able to make products that will be a part of other people’s stories, just like the many old shirts he lovingly keeps stashed away.

“I had a friend the other day get engaged, and his fiancée was wearing one of the shirts that I hand made in my garage,” says Josh. “It’s so cool to me to see a picture and know that something I did was part of somebody else’s life.”

York Project apparel will be carried in 12 stores around the state by the end of the year, but its impact is more than just the sum of its parts.

“It’s really starting to finally make some waves,” says Josh. “My 10-year-old self would be very proud.”