Watch Movement Assembly Is No Joke, Trust Me 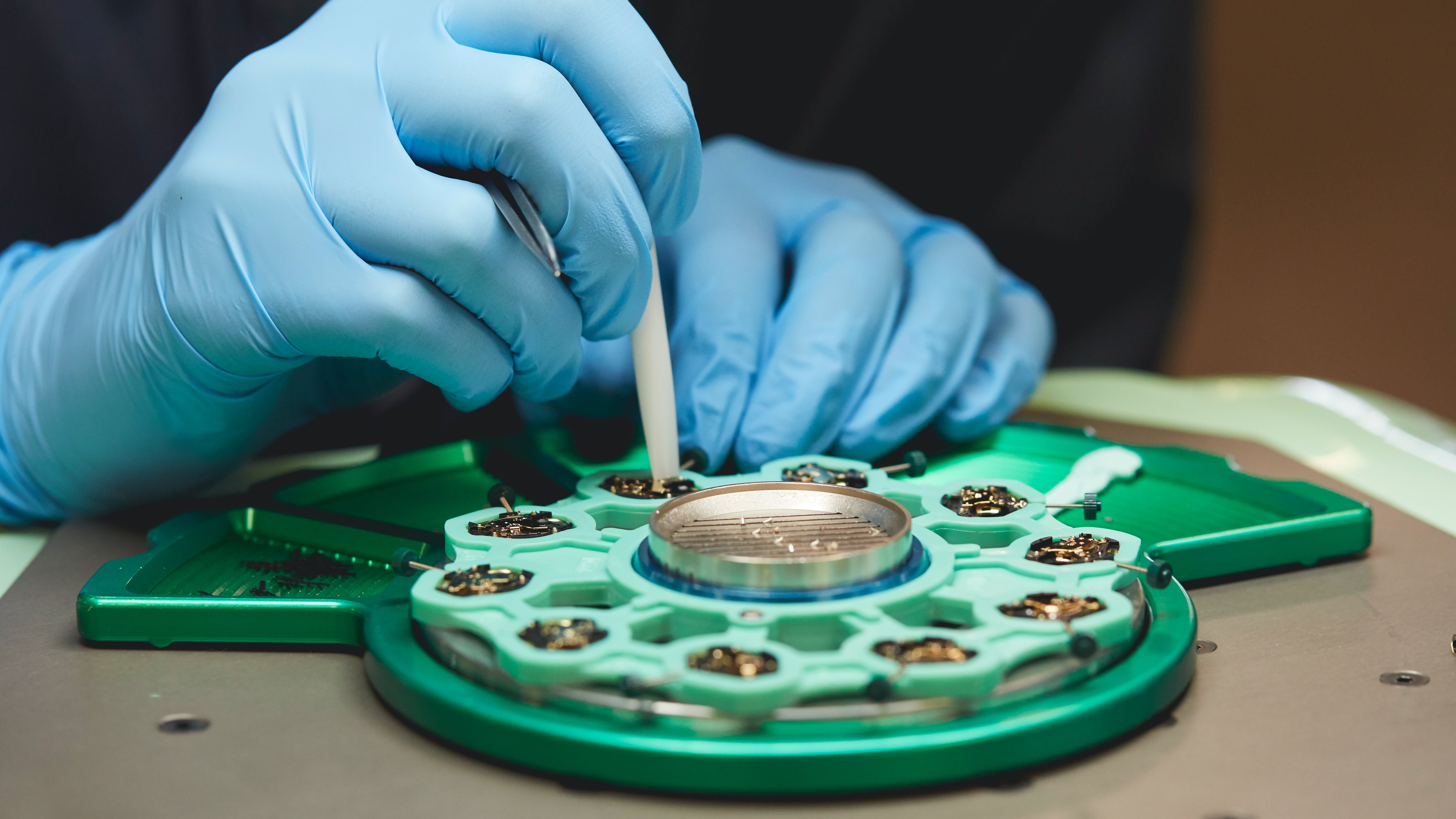 If you think assembling a watch movement is easy, imagine playing the game Operation, but on a scale so small it looks like it’s been hit by Wayne Szalinski’s electromagnetic shrinking machine—Honey, I shrunk everything-style.

That’s how I felt the day I was trained to assemble Shinola’s house movement, the Argonite 1069.

A movement is like the magician behind the curtain that makes sure everything is running smoothly. 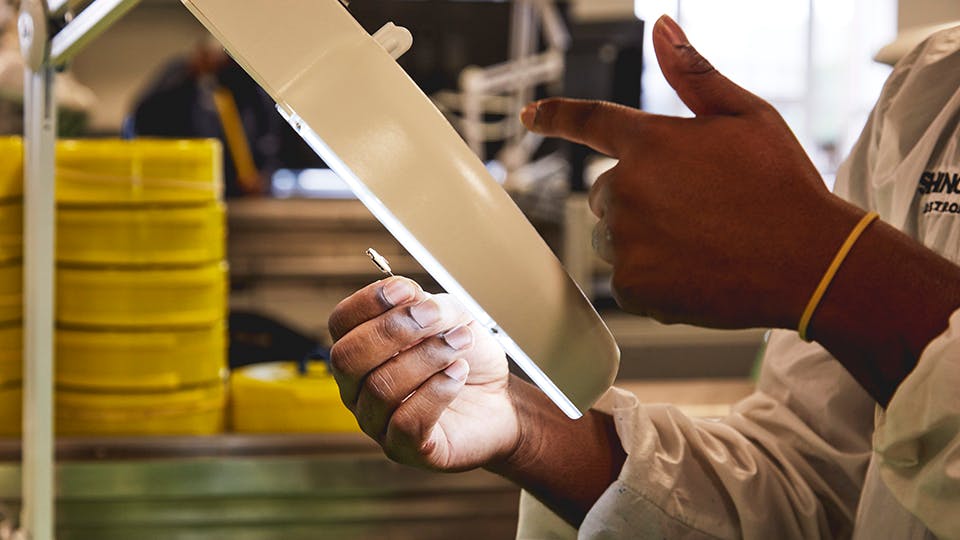 When I started at Shinola about six months ago, I thought the assembling process entailed a couple of parts that snapped into place with maybe a screw or two.

Yeah, that was cute. Real cute.

I was completely embarrassed at my ignorance when I learned just how much goes into getting a beautiful ticking timepiece on people’s wrist. It’s anything but easy.

Terry Jordan, a Shinola watch manufacturing trainer and perhaps the most patient person on this entire planet, introduced me to a world of tiny parts, temperamental tools and laser-sharp focus. 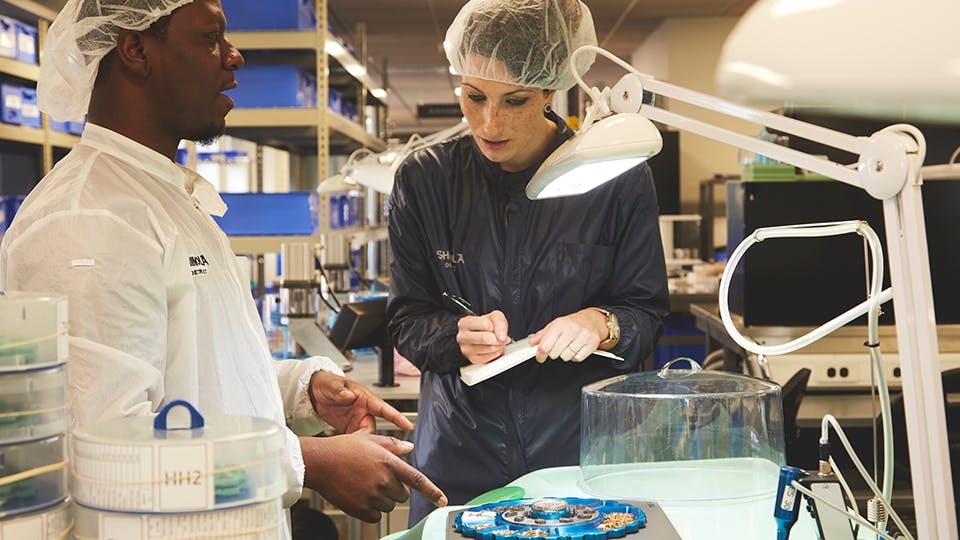 He told me the best part of his job is seeing the process click for people, when their focus and hand-eye coordination are seamlessly working together to get a screw the size of a piece of glitter (no, but really) into its destined place.

“Seeing my work play out with them, seeing them build that movement lets me know I did something good,” says Terry. 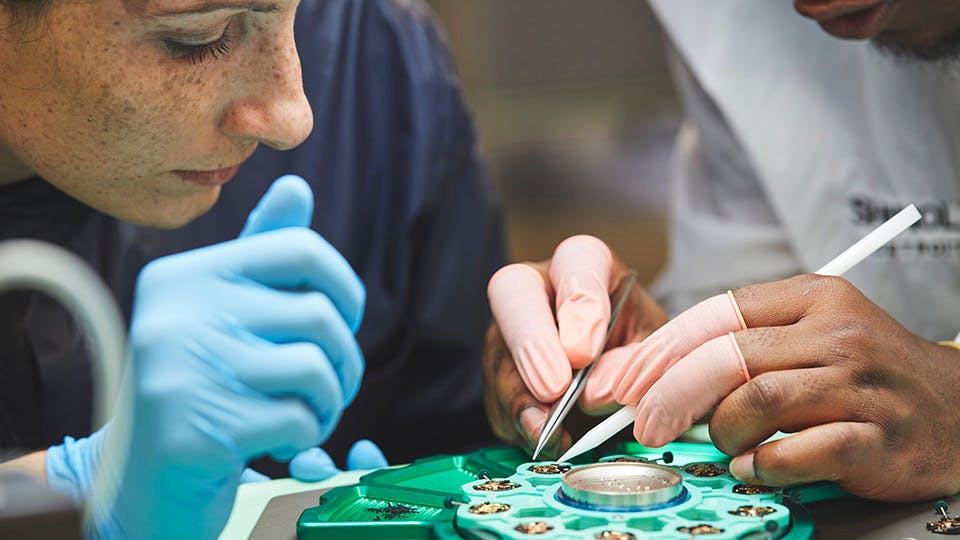 First, a little back story:

The 1069 movement was the first movement our Shinola team learned how to build when the company was founded five years ago. Our Swiss partner, Ronda AG, spent months with our team, teaching us how to create an efficient process and build a line that runs like a well-oiled machine.

For the 1069 movement, there are 13 main stations of the process including “mechanism,” which are the parts that allow the user to function the watch; “coil,” which is a part that powers the starter; and “battery,” which is pretty self-explanatory—and that’s just naming a few.

If you think 13 stations is a lot, don’t even ask about the chronograph movements.

Within each section, you complete a number of different steps that range from gently dropping parts into their rightful place to making sure other parts line up perfectly to securing everything with screws so little you have to squint in order to see. Nothing can be out of alignment, or you must take it apart and start again. 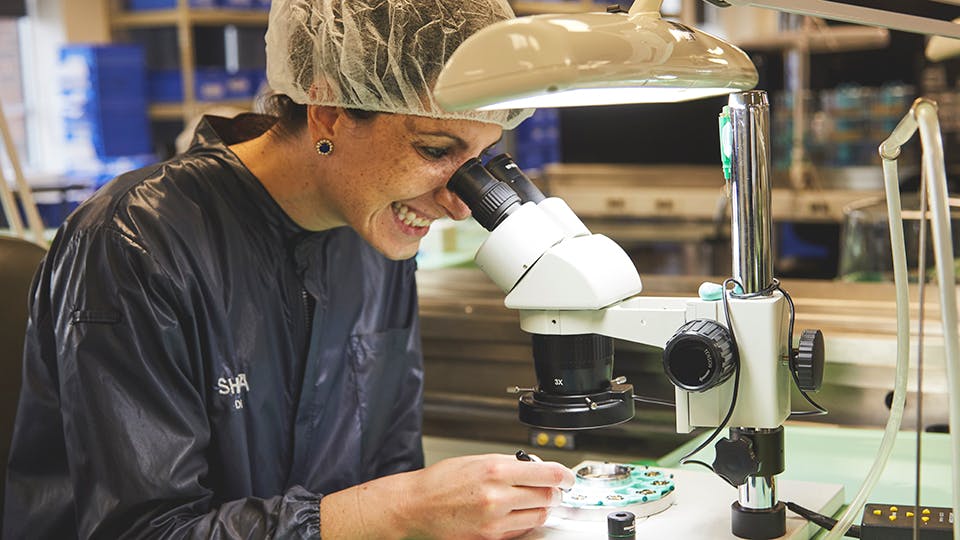 It’s a good lesson in doing things right the first time around. It’s also a teachable moment that no matter how impossible a task may seem, with enough practice, you can own it.

When I first started on the mechanism stage, my hands were shaking. I thought there was absolutely no way I could master these small parts with a pair of tweezers in one hand, a stick tool in the other and a torque screwdriver at the ready.

But, Terry assured me that time would be the best teacher, and it was. 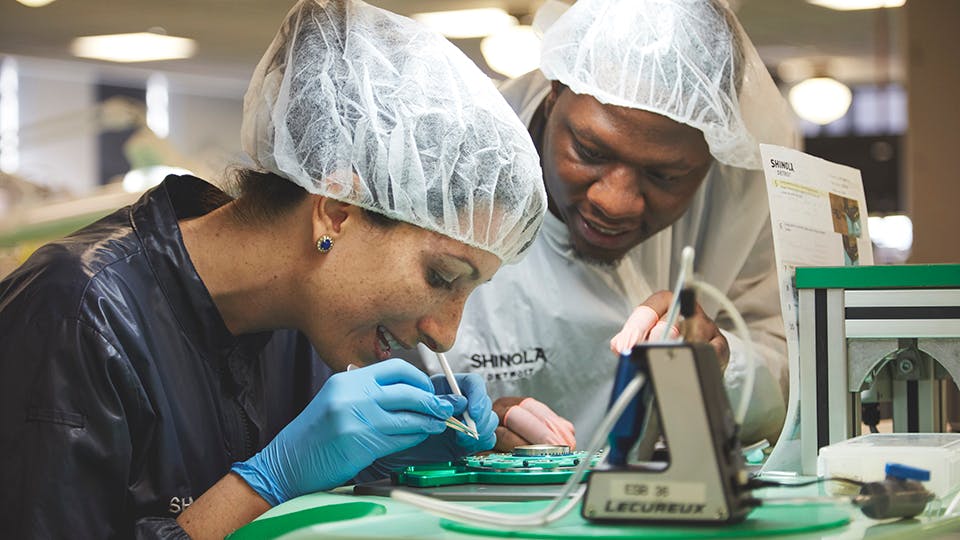 After a couple of trials, I started manipulating the tools appropriately, getting parts into place quickly and accurately. It’s an arduous process, but one that surprises you in the very best way.

The team on the line works from circular trays or “magazines.” Each magazine houses 10 movements and the press of a pedal helps you navigate from one to the other and so on and so forth. 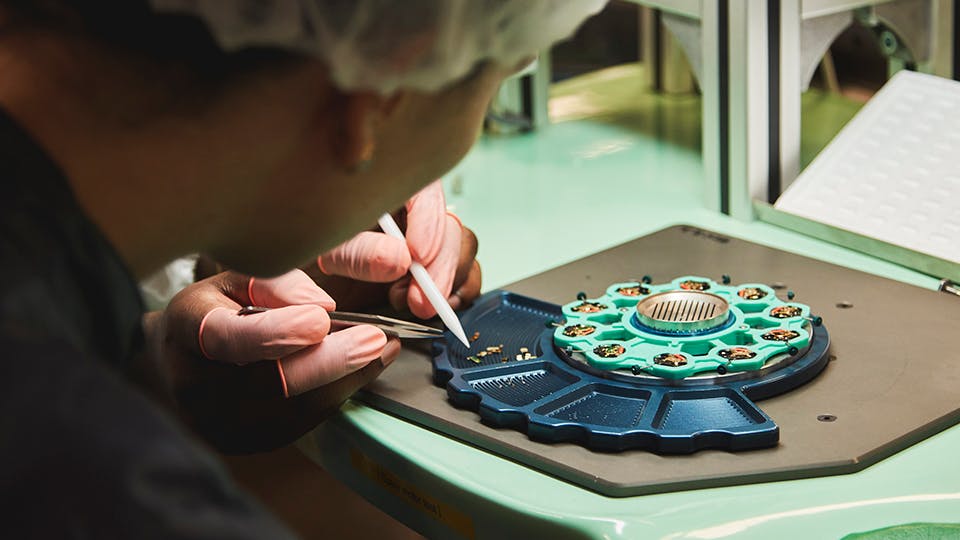 The line, on average, remarkably produces about 2,500 movements a week.

It’s all about the rhythm, Terry says. Once you’re in the zone, you keep on moving. When you’re not cursing at the parts flying in every direction or your yoke not lining up over your center pin, the process can be satisfying and enjoyable.

At the end, I had about three movements that survived, although I’m sure none of them would have passed final check, which is a thorough inspection of all previous steps. Regardless, Terry was nice enough to pick out the best movement in my bunch and give it to me as a souvenir.

Now it sits on my desk as a stark reminder that assembling Shinola movements requires discipline and an intense commitment to quality. 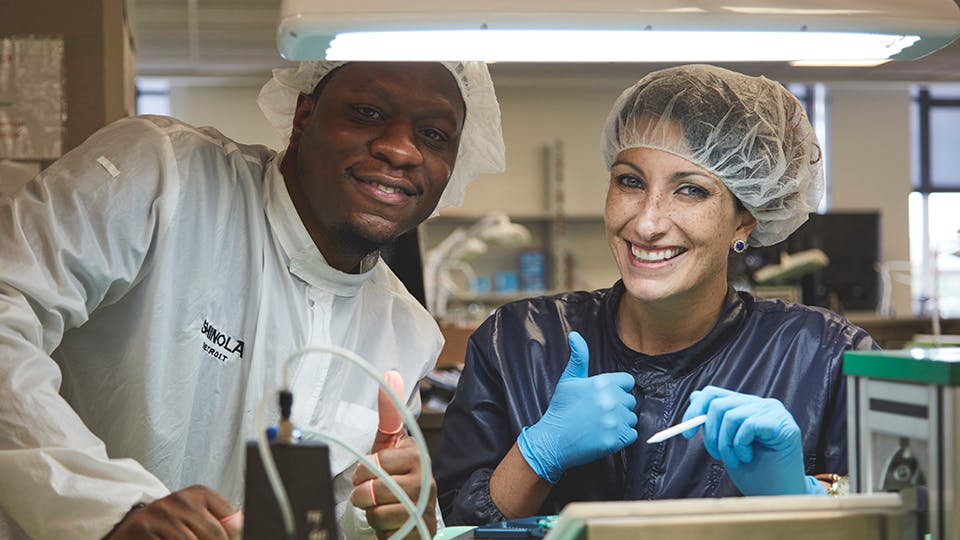 Sure, the movements may be assembled with Swiss and imported parts, but the process of putting those pieces together is nothing to sneeze at—and, just a note, if you’re on the line, you better not sneeze unless you want tiny parts flying all over the place. 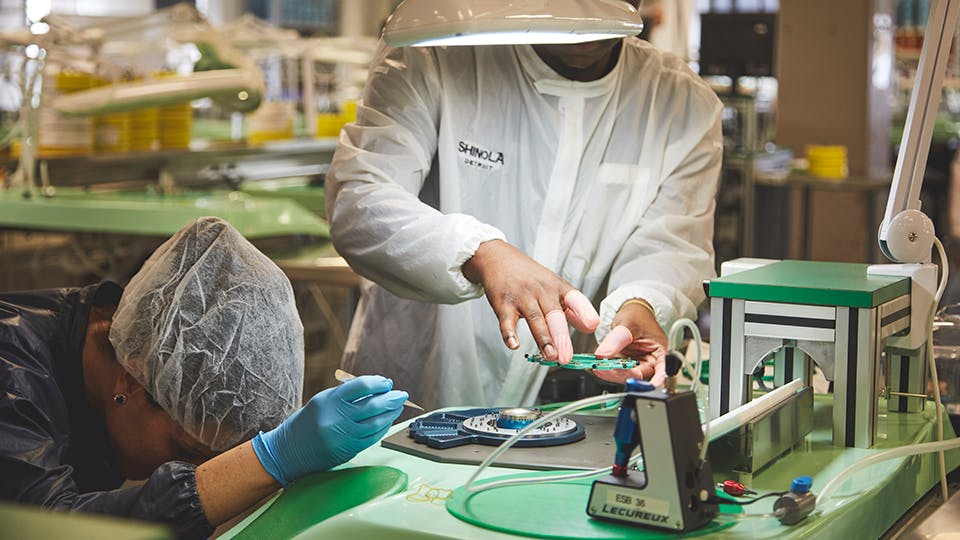