While treating children in an underserved neighborhood in San Francisco, pediatrician Nadine Burke Harris noticed a disturbing trend: many of the kids who came to see her had experienced childhood trauma and it was impacting their health. In response, she founded the Center for Youth Wellness, which she now heads as the CEO. Today, Dr. Nadine’s health-care practice focuses on trauma, and how this little-understood, yet too-common factor in childhood can profoundly impact adult-onset disease.

Childhood experiences, both positive and negative, have a tremendous impact on future violence victimization, perpetration, lifelong health and opportunity, according to a Adverse Child Experiences (ACEs) study done by CDC-Kaiser in 1998. Dr. Burke Harris's discovery of this study led her to devote her entire career to better understanding and addressing how children's exposure to ACEs can impact their developing brains and bodies.

“I don't know if you can imagine what it's like as a doctor seeing something and knowing that something is going on…,” she says. “When I read the ACE study, I thought, 'Oh my God, it's because early adversity changes our biology. This is nuts. This needs to be incorporated in standard medical practice.’"

Adversity has different meanings to different people. Dr. Burke Harris has focused on the markers that can define a life path, things that stay with us forever.

“I’m not talking about failing a test or losing a basketball game. I am talking about threats that are so severe that they literally get under our skin and change our physiology: abuse or neglect, or growing up with a parent with mental illness or substance dependence,” she says in her 2014 TED Talk. “People who are exposed to very high doses of trauma have triple the lifetime risk of heart disease and lung cancer and a 20-year difference in life expectancy.”

Dr. Burke Harris says she didn’t always have this point of view toward ACEs. “I viewed these issues in the way I was trained to view them, either as a social problem—refer to social services—or as a mental health problem—refer to mental health services. And then something happened to make me rethink my entire approach.”

After finishing her residency, she wanted to work someplace where she felt really needed and could make a difference, so she joined California Pacific Medical Center, one of the best private hospitals in Northern California. In 2007, Dr. Burke Harris was part of the team that opened the Bayview Child Health Center, located in Bayview Hunters Point, one of the poorest, most underserved neighborhoods in San Francisco. They targeted health disparities, such as access to care, immunization rates and asthma hospitalization rates.

“Prior to that point, only one pediatrician had been serving all of Bayview, more than 10,000 children. So we hung a shingle, and we were able to provide top-quality care regardless of ability to pay,” she says.

After almost five years in Bayview Hunters Point, Nadine discovered the original ACEs study and quickly pulled resources together to open the Center for Youth Wellness. The Bayview Child Health Center  and the Center for Youth Wellness work closely together to mitigate the effects of early childhood adversity and toxic stress in children and adolescents.

Today, the Center for Youth Wellness is a leader in the ACEs movement to spread this message to parents and pediatricians around the country and will be embarking on a national public awareness campaign in 2018. The goal is to generate population level awareness and behavior change just as public educations campaigns did for seat belts and secondhand smoke. The goal: to change the standard of pediatric practice across demographics. Research shows that 34.8 million kids — nearly half of the total population of children nationally —are exposed to traumatic social or family experiences

Dr Burke Harris’ 2014 TED Talk on this subject has been viewed 2.7 million times. When she’s not busy working as a pediatrician or being a mother, she’s traveling the world spreading the message of ACEs as a medical issue impacting children.

“I’ve been invited to share the science and talk about this work globally,” she says. “The Jamaican government did an entire initiative called Know Your ACEs to raise awareness about this issue. And I just got back from Montenegro, where they launched a national campaign for prevention of ACEs.”

Many organizations and communities have taken the Center for Youth Wellness’ work to heart and made progress, but there’s still work to be done in getting people to shift their mindset. “Some people looked at this data and said, ‘Come on. You have a rough childhood, you’re more likely to drink and smoke and do all these things that are going to ruin your health. This isn’t science. This is just bad behavior,’” she says.

“When in fact the reality is that ACEs science shows us that children impacted by trauma are found in every type of community: poor, rich, urban and rural.”

“We now understand better than we ever have before how exposure to early adversity affects the developing brains and bodies of children. ... There are real neurologic reasons why folks exposed to high doses of adversity are more likely to engage in high-risk behavior, and that’s important to know,” she explains.

The good news is that you don’t have to be a doctor or researcher to play a part in this work.

“There’s a lot that any one of us can do because we know that adverse childhood experiences don’t just happen in certain zip codes,” Nadine says. “This is really about our families, colleagues, nieces and nephews. Everyone is no more than one degree of separation from someone who has experienced ACEs.”

Dr. Burke Harris encourages people to learn more about what toxic stress is by using the power of communication—sharing information with people unaware of this issue, even their doctor or their child’s teacher.

“I encourage others to really be a part of spreading the word and ask, ‘Have you heard about ACEs?’ and support the movement to create a more just society that understands the long shadow childhood trauma can cast on children’s lives if left unaddressed and is able to respond to ACEs so that all children have a chance to thrive now and into the future.”

This article is part of Shinola’s 2017 #RollUpOurSleeves campaign that features people from across the nation who have rolled up their sleeves, made an impact in their communities and proved that hard work creates jobs and new opportunities. Read other stories, here. 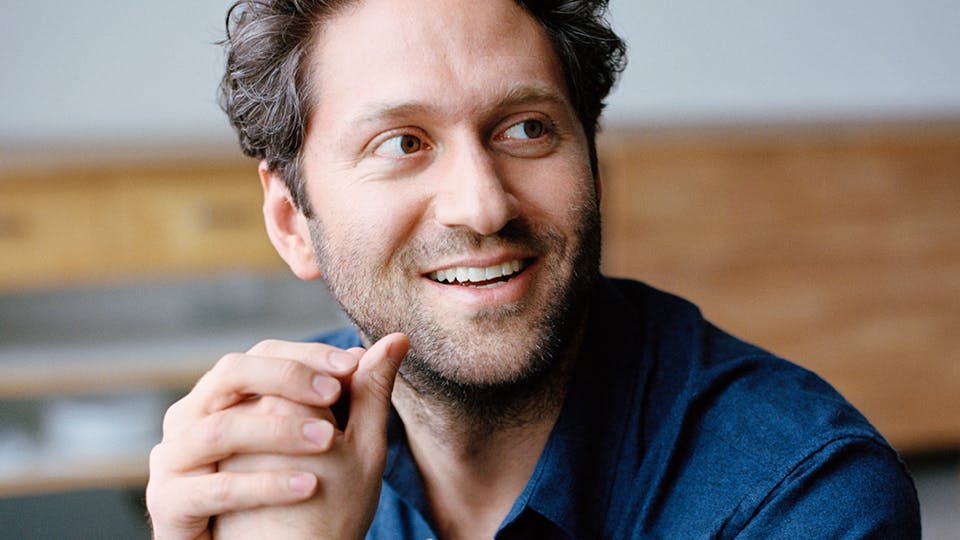