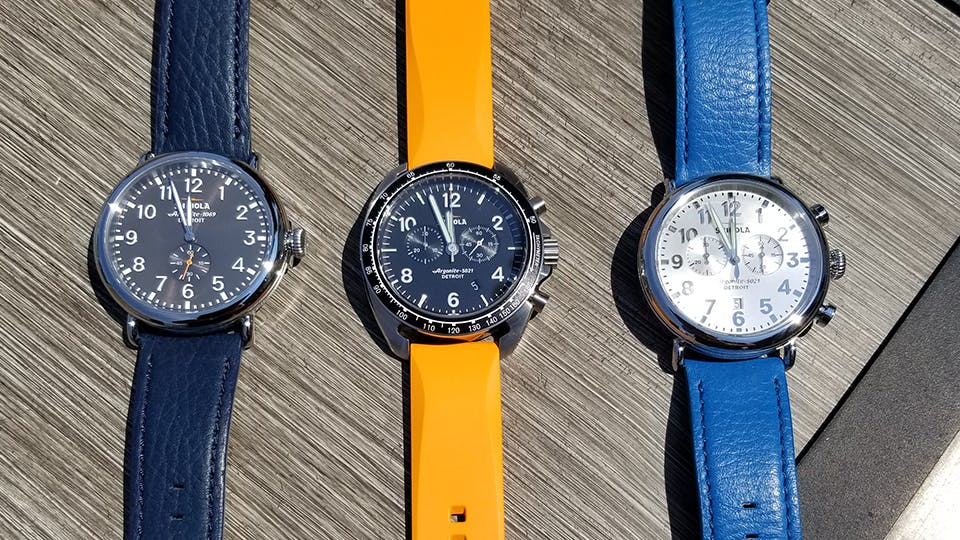 As a kid, there was nothing Henry Struckel looked forward to more on Christmas morning than opening a small, special box from his uncle.

“That’s how it all started,” Henry says, referring to his love of watches.

“My uncle was a flight attendant, and when he would go overseas he’d buy a watch and give it to me for Christmas. I always loved watches as a kid.”

These watches helped shape Henry’s love of collecting, and he now owns 12 timepieces. Although the origin of Henry's collection lies abroad, most of his prized watches now are assembled by hand a little closer to his home in St. Louis, Missouri. This time they come from Detroit.

Henry was first attracted to Shinola after seeing an ad in GQ back in 2013. Our story drew him in, and after learning about Shinola’s commitment to quality, and dedication to creating jobs in Detroit, Henry was hooked and purchased a 46mm Brakeman. Now, 10 watches later, Henry is a member of the Shinola Foundry, a loyalty group where registered members receive exclusive discounts, private sales and early access to new Shinola products. 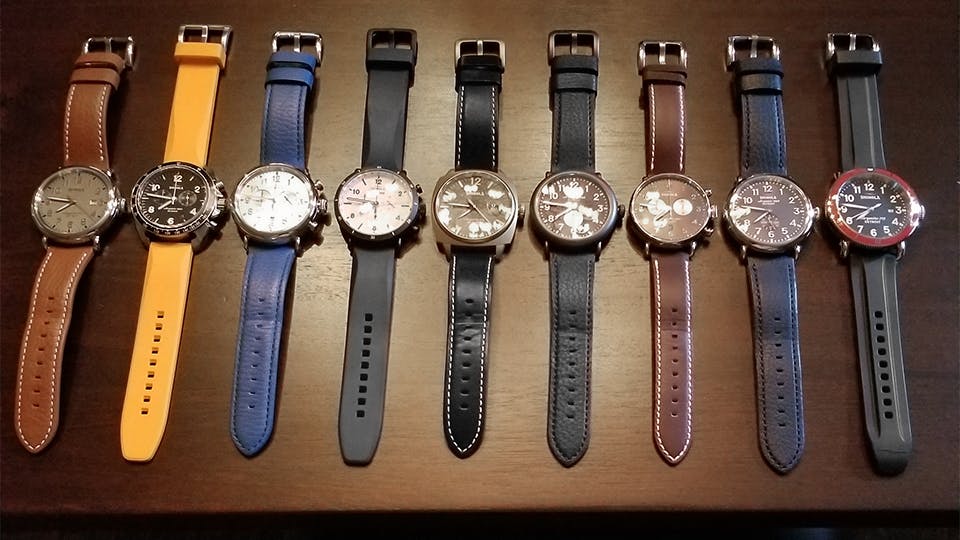 “I want something unique and different. And these watches are different. The style—you don’t see watches like this out there. You might see all black watches, but you don’t see that look,” Henry says, referencing his Black Friday watch. Along with the classic Runwell and his black and white Canfield Sport, his Black Friday watch is one of his favorites, and Henry wears it every Friday.

For Henry, watches are more than just gadgets that tell time. In the age of the smart phone, the necessity of a wristwatch is disappearing. But that doesn’t stop Henry from loving timepieces. While connected to family memories and tradition, his watch collecting also greatly hinges on style.

“The only thing I can accessorize as a man is a watch,” Henry says. “I really want something that stands out.” 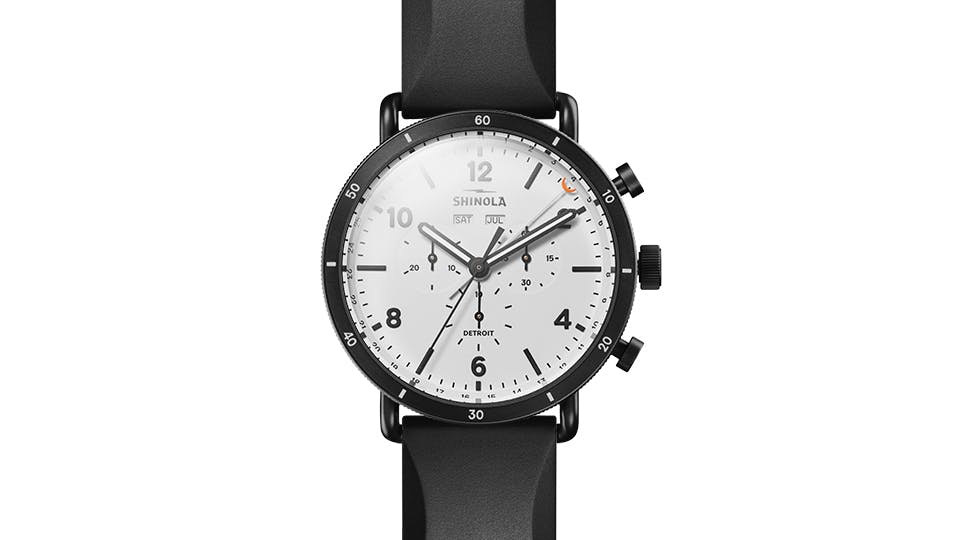 Style is so important to Henry that he says it is the first step in starting a watch collection.

“First you have to define your style,” Henry says. “Do you want wear the same watch every day or once a week, or one per season?”

Henry keeps his collection seasonal, and this summer is all about the blue and orange colors. Shinola's interchangeable straps are an important aspect of Henry’s collection—and a unique aspect of Shinola. They give Henry's collection added versatility and help keep it seasonal. In the fall, he’ll switch over to an autumn palette—brown and black colors.

Cultivating a style that stands out also led Henry to the bold Shinola dials. While Shinola does sell smaller cases, as small as 28 millimeters, Henry says he prefers the bigger styles—the 46-, 47- or 48-millimeter cases. He also finds value in the unique casebacks. With every Shinola watch he buys, he aims for a low serial number.

“When a new style comes out, I try to get it right away because I think that lower serial number will be more valuable,” he says.

All these elements of style and craft keep Henry collecting Shinola. A Shinola baseball and baseball hat, a few leather keychains and Shinola planners are among Henry’s larger Shinola collection, but it’s his timepieces he loves most. And just as Henry’s uncle had gifted him watches so many years ago, Henry hopes to someday pass his collection down to his son and nephew. He is confident his Shinola watches have unmatched quality that make them more than a collection of watches—they're a family heirloom that will withstand the test of time.

Henry had the opportunity to witness this quality craftsmanship in person. For Henry, the ultimate birthday treat was celebrating with Shinola, so he traveled to Detroit to visit the Shinola headquarters and tour the watch and leather factories.

“It was pretty neat just seeing how stuff is made. People don’t realize how much labor is involved in making these watches,” he says. “If you actually look at the intense labor, the skill required in making these, you can understand why the prices are what they are.”

After celebrating two birthdays with Shinola, returning to the headquarters is like coming home to family. At his office in a CPA firm in St. Louis, Henry keeps a framed photo on his desk taken during his last Shinola visit. In the photo, he stands with the former Shinola president and a customer service representative who he has gotten to know over the years. It captures a fond memory, a moment Henry will treasure just as much as his collection of Shinola watches.

After years of his uncle giving him watches from around the world, Henry has found the “unique and different” he’s always been looking for—right here in Detroit. 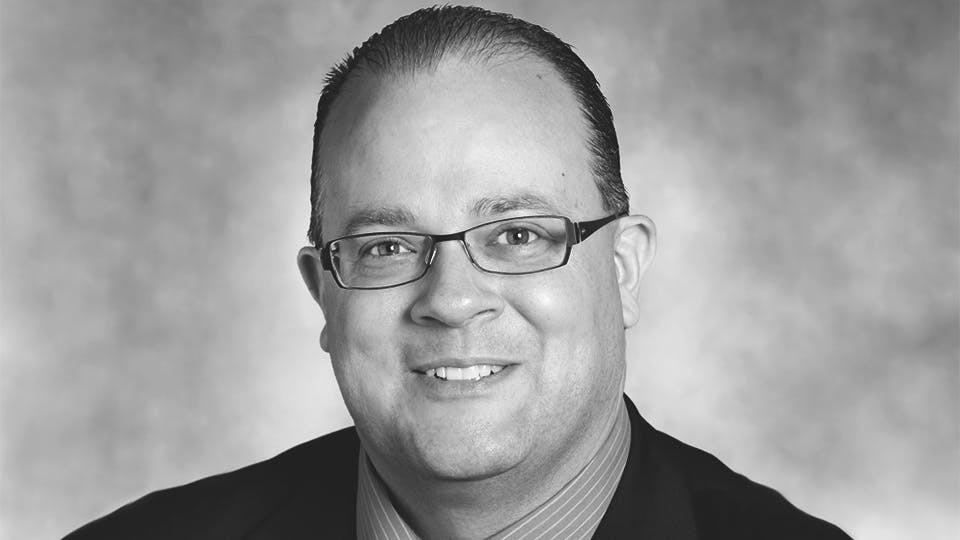