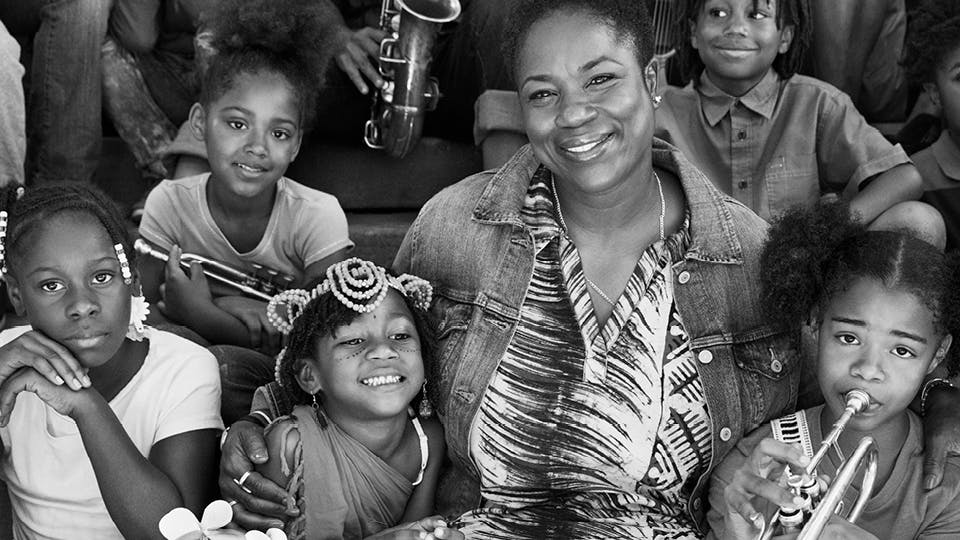 Shamayim Harris, better known as “Mama Shu,” lives in Highland Park's most blighted neighborhood just north of Midtown Detroit. Just down the street is Highland Park Ford Plant, the birthplace of the moving assembly line and Model T. Up until the 1970s, this area was booming with jobs, and coveted by families for its proximity to the Motor City and thickly forested streets.

Today, most of those old trees have been cut down due to Dutch Elm Disease and the small neighborhood shows all signs of neglect with a crumbling economy, crime, closed schools, and little government support. Over the past decade, the population has decreased by almost 50%. The library closed in 2002, and in 2011, two-thirds of the city’s streetlights were dug up and removed in response to $4 million in unpaid bills.

Despite those statistics, Mama Shu plans to stay here a lifetime and is a force to be reckoned with. She moved to Avalon Street in 2007 and is taking matters into her own hands by transforming her blighted block into a 21st-century sustainable eco-village called Avalon Village.

“There was nowhere for kids to be kids here,” Shu says. “There were no safe places or services for us to rely on.”

As a school administrator for 27 years, helping others is second nature to her. For years, she drove past Avalon Street, a centrally located block in Highland Park, on her way to work. She remembers daydreaming about what she would do if only she had the time or money to clean it up.

An unimaginable nightmare propelled her to make her dream a reality. In 2007, her youngest son Jakobi Ra, 2, was playing outside, holding his older brother Chinyelu’s hand and preparing to cross the street when he was tragically killed in a hit-and-run accident.

“The day that I lost my son was the worst day of my life, but it ended up being the beginning of the strength inside me,” Shu says. “It was the beginning of me being invincible. I had nothing else to lose.”

Watch the full video about Mama Shu, above.

Six months after his death, the single mother of three purchased a historical red brick home on the corner of Avalon Street for $3,000 with the help of a friend, and money she pieced together from her paycheck and a tax refund.

“I started cleaning up my own backyard and then I did the lot next door. I just did a lot every year,” she says. “I wanted this for myself and my neighbors. I didn't want to live in blight. People would come to Avalon Street and dump their trash because it looked so terrible.”

Her home became the headquarters of the Moon Ministry, a registered religious organization, and 501(c)(3) nonprofit, she started in 2001. She used her nonprofit to gather donations to clean up Avalon Street and eventually, others joined her mission. She assembled a team of engineers, futurists, artists, urban farmers, volunteers and donors from around the world to build her vision of Avalon Village.

The first project Avalon Village completed was Jakobi Ra Park, named in memory of her son. It is a beautifully landscaped space used as a home base for community events.

“We need to nurture our children to build leaders for tomorrow, and so they can become productive humans, and productive people within the community,” Shu says.

For the past ten years, she’s maintained and beautified much of the abandoned city block, winning three consecutive annual Highland Park Beautification Awards from the Mayor’s Office and the Illegal Dumping Task Force.

Last fall, after a 30-day Kickstarter campaign, Avalon Village raised $243,690 to go toward Phase One of its project. This phase involves transforming an abandoned home and turning it into The Homework House: a big, renovated home where children will receive healthy meals and help with their homework. The house will feature a geothermal heating and cooling system, a computer lab, kitchen, laundry and shower facilities, a recording studio, and comfortable places to study and learn. Outside, there will be basketball and tennis courts. Nearby, is The Goddess Marketplace: a shipping-container based economic development initiative for women entrepreneurs.

“We want to be able to provide a lot of the things that used to be available in the city,” Shu says.

Comedian and talk show host Ellen DeGeneres got word of Mama Shu’s story last year and donated a prefabricated home. It is being turned into the village headquarters and the main office for Shu.

With additional funding and support, Project organizers hope to complete Phase One construction before the end of the year. Phase Two will include further developments on the block to serve the educational, economic and spiritual needs of the embattled neighborhood. Avalon Village incorporates green initiatives, including solar power, into its development to create a self-sustaining village.

In addition to The Homework House and The Goddess Marketplace, there will be expanded health and wellness offerings through a healing house, a fresh food cafe, more shipping container architecture, a greenhouse and more.

Shu has proven that citizens can take charge of their own communities, even against seemingly impossible odds.

“Avalon Village was created to be infectious. It was created to be a demonstration of how a community can make something out of nothing,” Shu says. “How we can transform blight into beauty. How we can make things better for ourselves. I saw a problem on this block, I found a way that we can actually do something about it, got together a collective of folks who wanted to also do something about it, and we did it.”

Avalon Village is expected to be complete by 2020. Learn more about how you can get involved or donate, here. 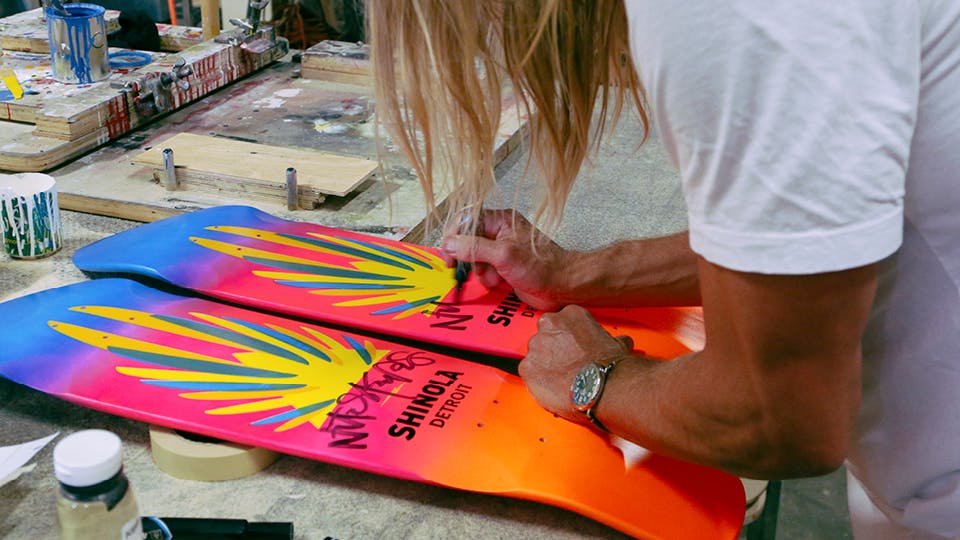