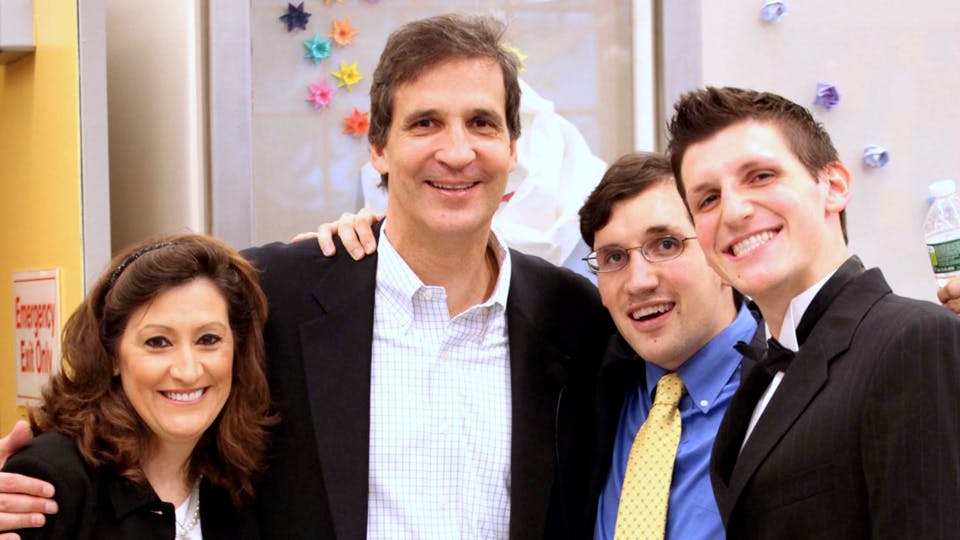 Just before turning 13, Daniel Trush had five undetected brain aneurysms in his head. Today Daniel is a co-founder (alongside his family) of Daniel’s Music Foundation, a New York City-based nonprofit launched in 2006 that empowers individuals with developmental and physical disabilities through music. It was this lifelong journey, one that continues every day, that inspired the Trush family to give back.

Daniel had a typical childhood up until that March of 1997. Then one day on a basketball court, an aneurysm burst—and he went into a month-long coma. Doctors didn’t expect him to make it past the second night. But he did, even though the odds were stacked up against him.

“Mile by mile, it’s a trial,” says Daniel, reciting the mantra his parents Ken and Nancy read while he was in the hospital. “Yard by yard, it’s hard. Inch by inch, it’s a cinch.” 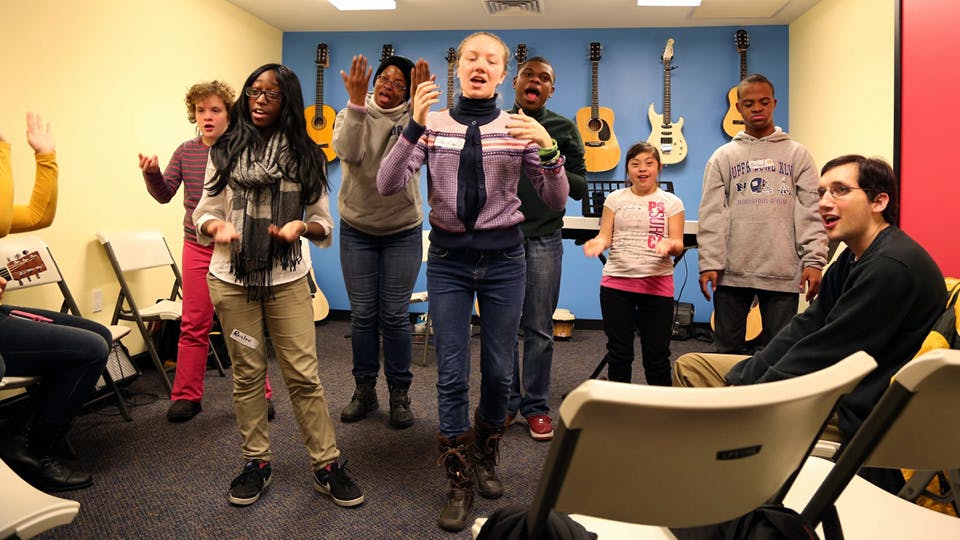 Daniel’s Music Foundation offers recreational music programs where students can enjoy music while exploring self-expression and creativity in a fun and safe environment.

The mantra—taking things step-by-step—was how he disempowered the disabilities life had dealt him, by choice, action and perseverance. “He was like this beautiful sculpture that was smashed,” recalls his father Ken. “We started putting the pieces together very patiently.”

At the hospital, Daniel’s parents were told his condition had gone from bad to worse, and that it was likely time to say goodbye. “They told us that if he survived, he’d be a vegetable,” Ken continues. Through hard work and a bit of miracle, he is alive and well today. 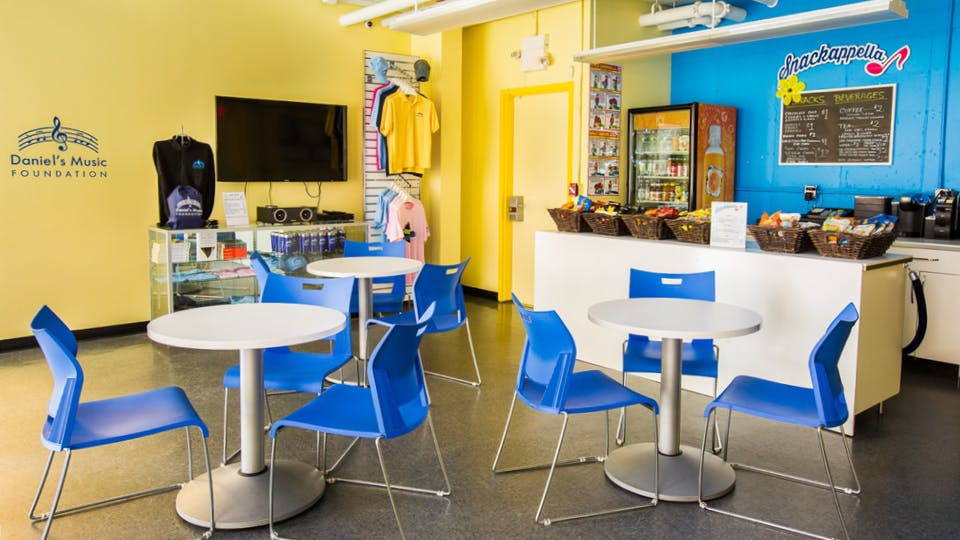 A glimpse inside Daniel's Music Foundation.

Throughout his coma and rehabilitation, Daniel, who loved music growing up, would listen to songs. Then, while attending Hunter College as a non-matriculated student, a music class taught by Stephanie Jensen-Moulton became his key to unlocking happiness. “She helped me find my passion for music,” Daniel remembers. “I could listen to a song once and remember all the words.”

In 2005, when Daniel’s family was searching for disability-related music programs, they only found music therapists—there were no group music programs. So they decided to create their own. 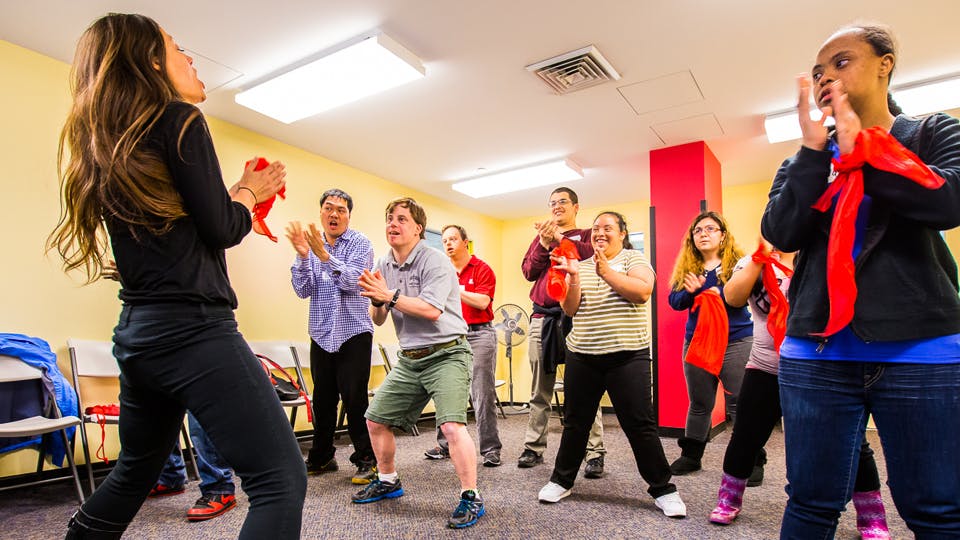 DMF offers up to 50 free music classes a semester for individuals with developmental and physical disabilities from ages 3 to adult.

“It’s been kind of head-shaking because when we first started [the foundation], we just wanted to give,” says Ken. “We promised that if Daniel survived the coma we’d do something great. I didn’t know what it was.”

“Every day is beautiful new adventure,” he adds. “We’re representing some really awesome people that are often forgotten.”

Today, Daniel’s Music Foundation operates out of a 8,700 square-foot space in East Harlem with five music studios, a recording studio and a cafe called Snackappella. They have 300 members in their core program, which is free and operates 30 weeks a year with a variety of classes that include keyboard, percussion and composition.

An additional 8,400 individuals were serviced through other program offerings in 2016. This year, DMF is on pace to service more than 10,000 individuals. 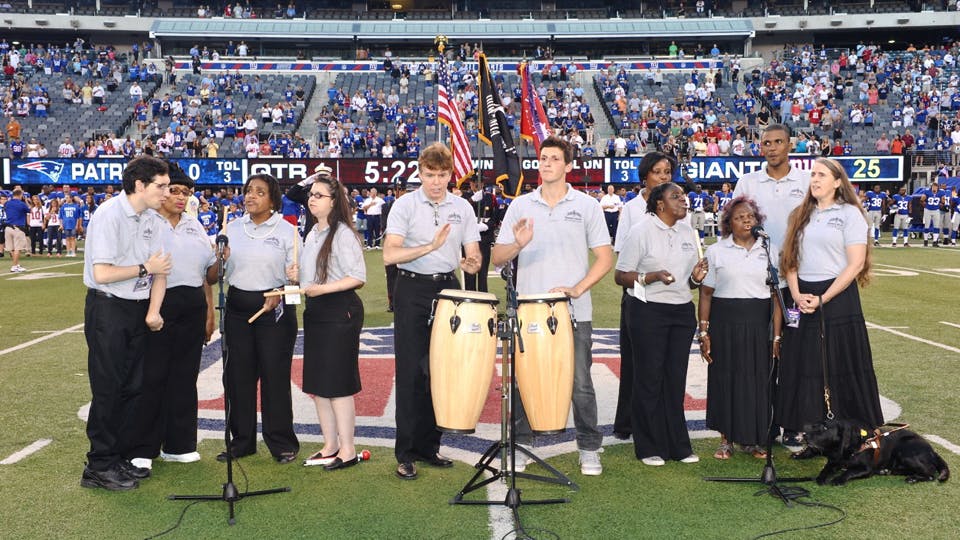 Students from DMF sing the national anthem at a NY Giants game at the Giants Stadium.

The foundation has been so impactful and life-changing for people with disabilities in the New York City community that the New York Yankees honored the nonprofit as part of their 2011 HOPE Week, which shines a light on acts of goodwill that encourage others and provide hope.

“We want to keep growing,” says Ken. The main reason: there’s a need for diversity awareness in the community. To help improve this, the foundation invites schools for talks about differences and allows children to volunteer. “What we found out was that we could get people together to play music, and then magic happens.”