When Brit Gilmore was 17 years old, she took a trip to India that changed her life. While walking through the streets, she witnessed the country’s poverty firsthand, and was struck with compassion. “That was when I knew I wanted to commit myself to impact driven work.” she says.

Today, Brit Gilmore is President of The Giving Keys, a Los Angeles based social enterprise providing full-time jobs at a living wage to people transitioning out of homelessness. Revenue from selling the necklaces supports the jobs that The Giving Keys is able to provide. The idea is for customers to embrace the word on their necklace and then pay it forward by giving it to a person who needs to hear the message.

“This is what I want to commit my life to — for-profit business models that are impact driven because I believe they're the most sustainable,” Brit says.

Brit, a 29-year-old Michigan-native, relocated to Los Angeles after receiving a scholarship at the Fashion Institute of Design & Merchandising (FIDM). She worked in the fashion industry for seven years before starting her career at The Giving Keys. This year she was featured as one of the social entrepreneurs included in Forbes 30 under 30.

“I see this as becoming the new normal. Businesses can impact major issues in communities worldwide by holding themselves accountable to operate ethically,” she says. 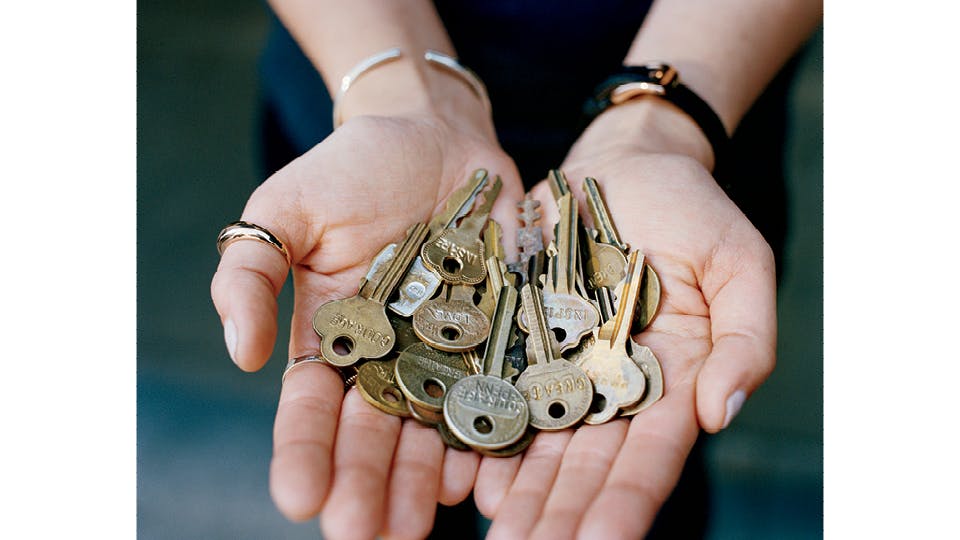 Brit holds hand-stamped keys inside the downtown LA headquarters. The company started with vintage keys from private sellers, but they couldn't keep up with demand and now rely on their partnership with North Carolina-based Kaba, the world's largest key manufacturer.

The Giving Keys was founded in 2008 by Caitlin Crosby, a musician, actress and entrepreneur. While on tour in NYC she stayed at a hotel where the room keys were real keys, in an effort to not lose the key, she wore it as a necklace. She began re-purposing old keys into necklaces that were hand-stamped with inspirational words and selling them as merchandise at concerts. As the keys began to sell out, Caitlin encouraged others to pass the keys along to those who needed them. Caitlin always wanted The Giving Keys to give back and one night she found the missing link on Hollywood Blvd.

After walking out of a film screening, Caitlin saw a couple experiencing homelessness sitting with a sign that said ugly, broke and hungry. She was moved with compassion and took the couple to dinner to get to know them. Over the course of the dinner Caitlin learned that the girl made jewelry, this was the ‘a-ha’ moment — the next day the couple joined The Giving Keys team and began stamping keys.

Brit met Caitlin through mutual friends in Los Angeles in the early days of The Giving Keys. Brit was working for another fashion company at the time, but believed in the mission of The Giving Keys and told Caitlin she would love to volunteer her time any way she could. One fateful day in August 2012, Brits employer laid off over half the staff. Within a couple hours of receiving the news, her cell phone buzzed and it was a text message from Caitlin saying she was in need of a Production Manager.

This was the moment in Brit’s life when everything came together, her years in the fashion industry and her deep desire to do impact driven work were finally merging. She took the job and never looked back. "I believed in the concept and loved what Caitlin was doing. I always knew I was going to end up working in an area that fused fashion and philanthropy. That’s where I wanted to land," Brit says. 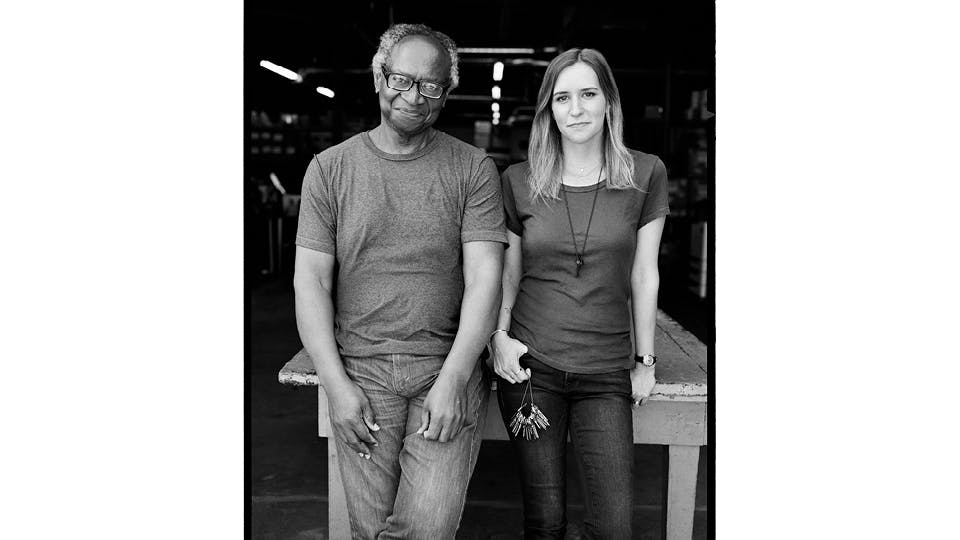 Brit Gilmore with coworker Michael Taylor, a Production Associate from The Giving Keys.

As President, Brit Gilmore has helped take The Giving Keys to the next level and been a key reason for the company's rapid growth. She’s scaled both the business and impact work by adding a deeper level of organization to the company.

'Transitioning’ is the key to The Giving Key's mission statement, and people there are never referred to as homeless.

“Our company is committed to separating the label from the identity of a person,” Brit says. “He or she is not a homeless person, but a person who is homeless. And that is not an identity. This is just a temporary part of their life.” 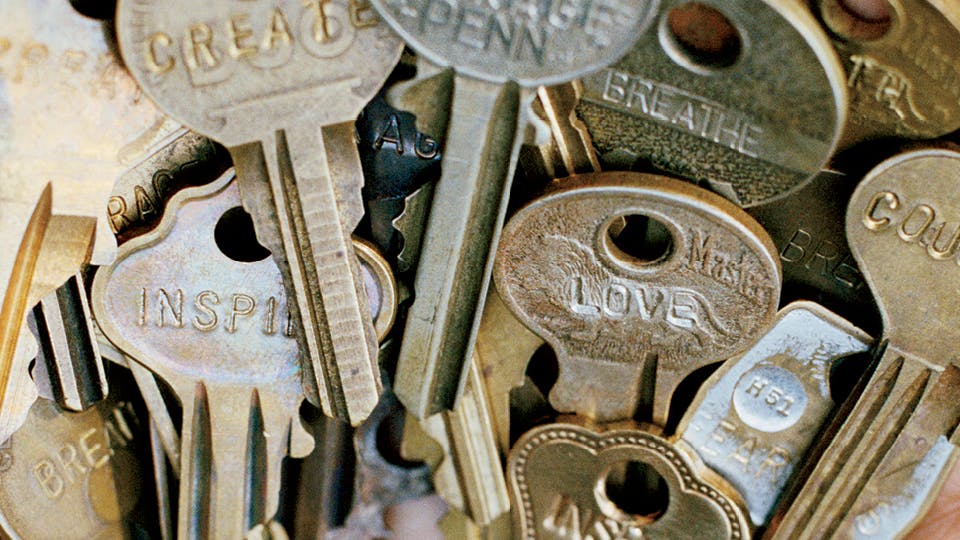 At The Giving Keys, this sentiment from Mother Teresa rings true: “Do not wait for leaders; do it alone, person to person.” This is what rolling up our sleeves looks like at The Giving Keys. Acting on feelings of compassion, knowing that anyone may hold the key to inspire or meet the needs of another person.

"Rolling up our sleeves is being present to the needs of those around us and using the resources we have to create change," Brit says.

The Giving Keys' culture is built on three Core Values. "Dream: who we'll be tomorrow is not defined by who we were yesterday. Create: the space between intention and greatness is filled with hard work. Inspire: paying it forward is the ripple effect that will change the world," Brit says.

The team and culture is at the heart of the company and derived from the DNA of the founder and the company's origin story.

"It's one of the greatest joys of my life to have such a diverse team. Our culture is our impact in a lot of ways. The transformation stories of people on our team are a result of our culture," Brit says. "Folks walk through our doors that just spent the night on a park bench or are overcoming major obstacles like not having a work history, coming off of years of addiction, not having any family to lean on or having felonies on their record. We accept people right where they're at and create a culture of accountability and affirmation that results in people obtaining custody of their children again, moving into permanent housing, learning computer skills for the first time or starting their own businesses."

With each job, The Giving Keys offers benefits, paid time-off for housing, education and case management appointments, and a supportive environment that cares for the whole person. Every employee is encouraged to be part of the solution as we volunteer, advocate and unite to end homelessness. 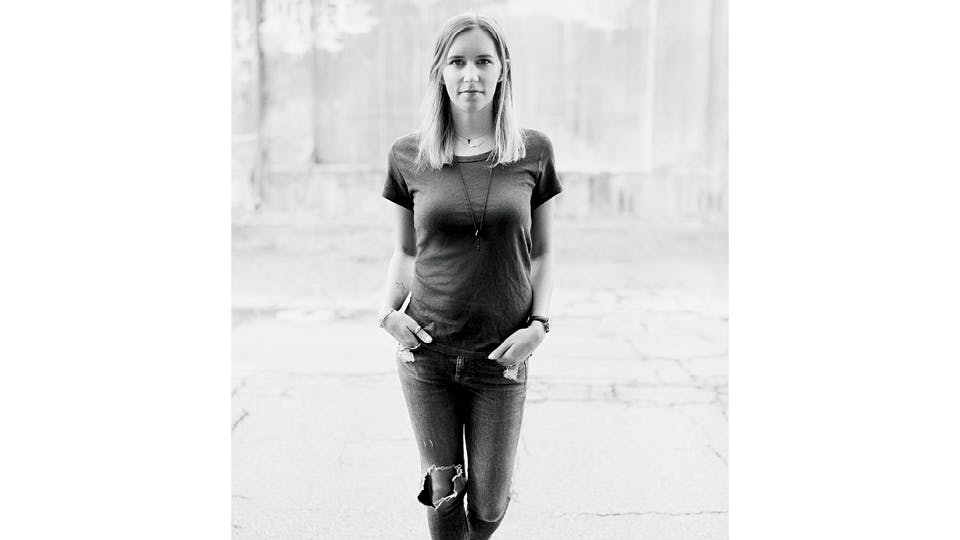 One of Brit's favorite stories of the effect of passing along encouraging words involves a "strength" key.

"We've seen how powerful it can be to remind people of how strong they already are, and how much more strength they can discover.”

For the month of April, The Giving Keys is celebrating International Pay it Forward Day by giving customers two keys for the price of one — one to keep and the other to give away. 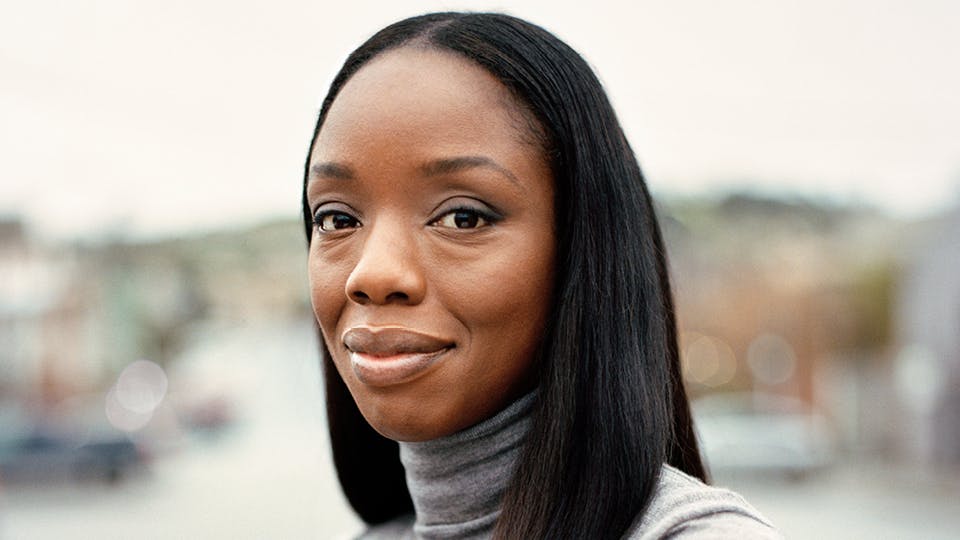