Pushing The Limits With The Unexpected: Robert Mapplethorpe And The Clocks He Inspired

He's an artist best know for his photographs, but now Shinola is bringing to life his clock designs. 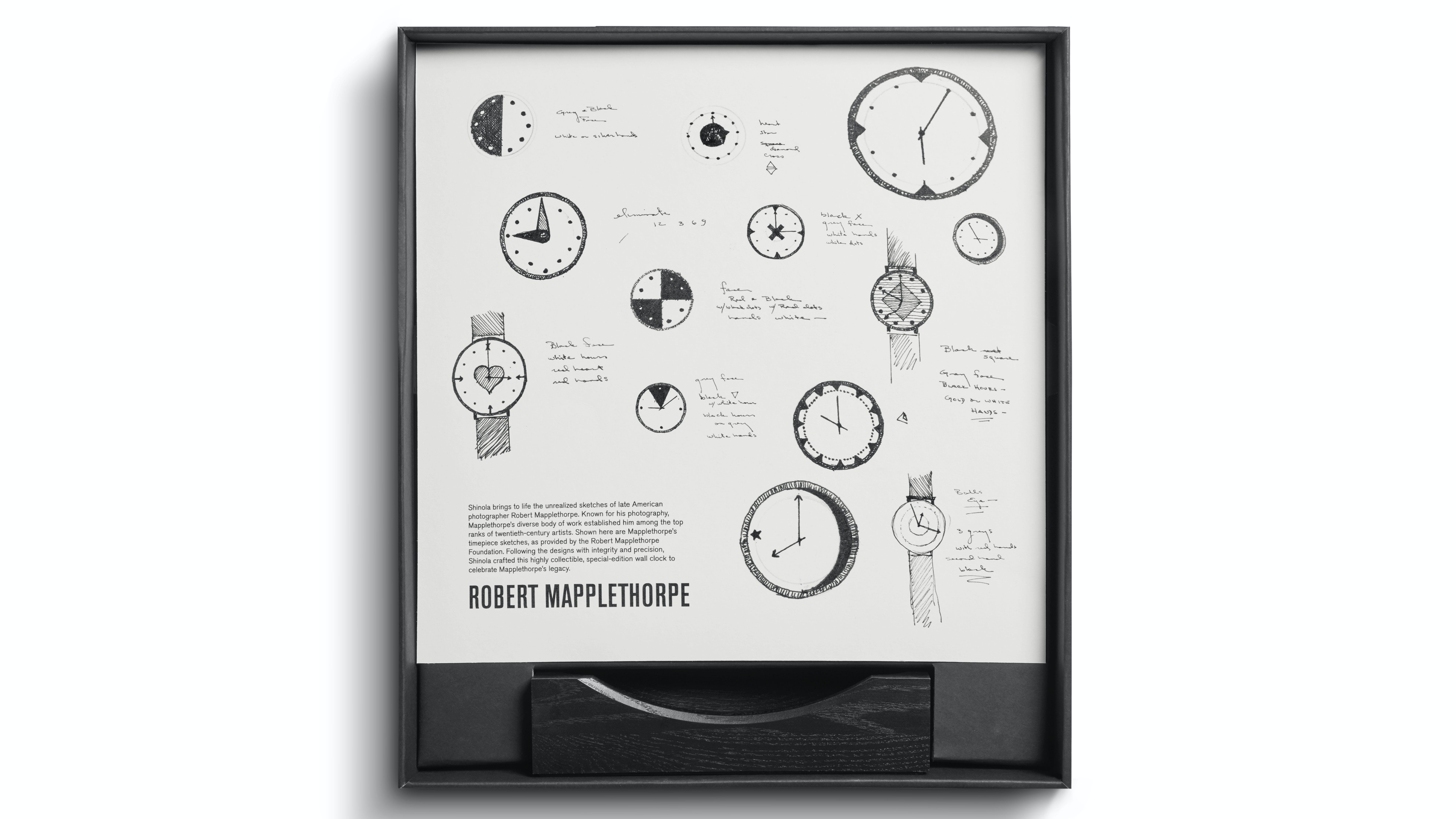 Mapplethorpe, born in 1946, produced artwork in a variety of media. In the early 1970s, he began focusing on photography, taking self-portraits and photographs of his close friend Patti Smith, including her iconic portrait for the cover of her 1975 album Horses. He began widening his photography portfolio, taking photos of more friends and acquaintances. Some of these photographs were shocking for their content but exquisite in their technical mastery.

During the early 1980s, Mapplethorpe’s photographs began to emphasize classical formal beauty. He focused on statuesque male and female nudes, delicate flower still lifes and formal portraits. Before Mapplethorpe died in 1989, he established the Robert Mapplethorpe Foundation in 1988 to fund medical research in the fight against AIDS and HIV, and to promote and support photography at the institutional level, including publications and exhibitions. 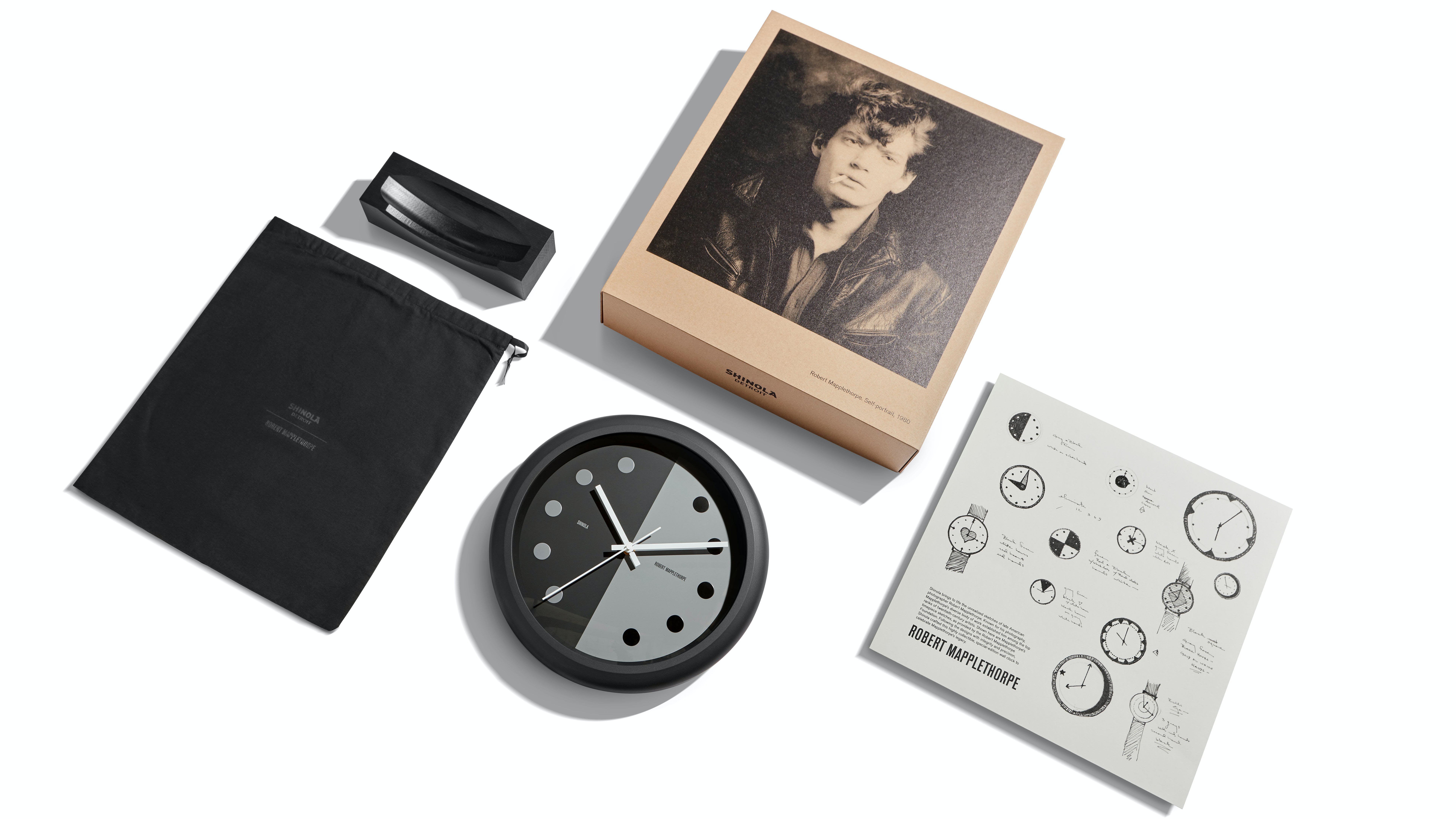 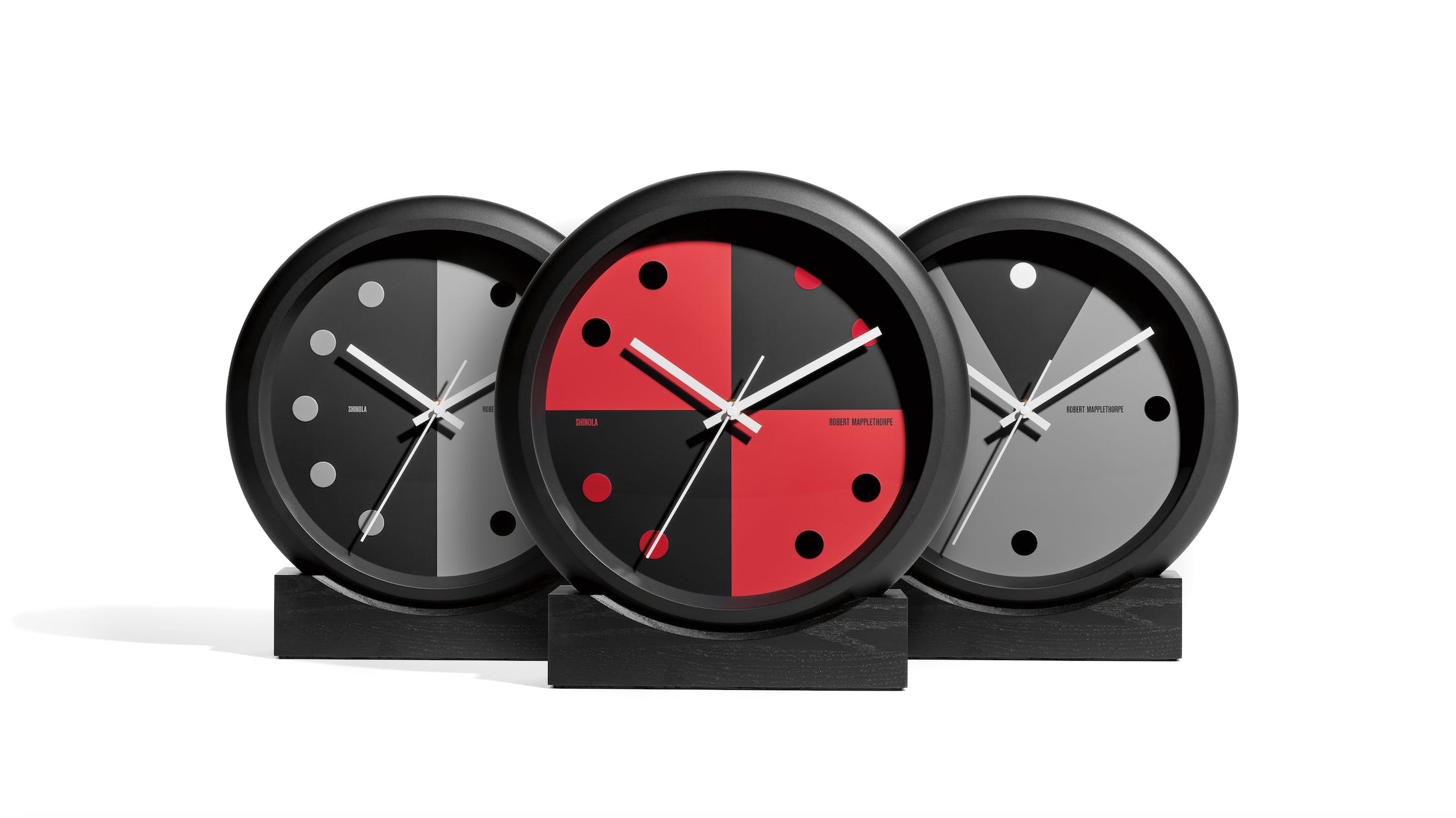 While some saw Mapplethorpe’s photgraphs as controversial, his consistent body of work established him among the top rank of twentieth-century artists. He challenged the definition of photography by introducing new techniques and formats to the field and always sought beauty in the unexpected.