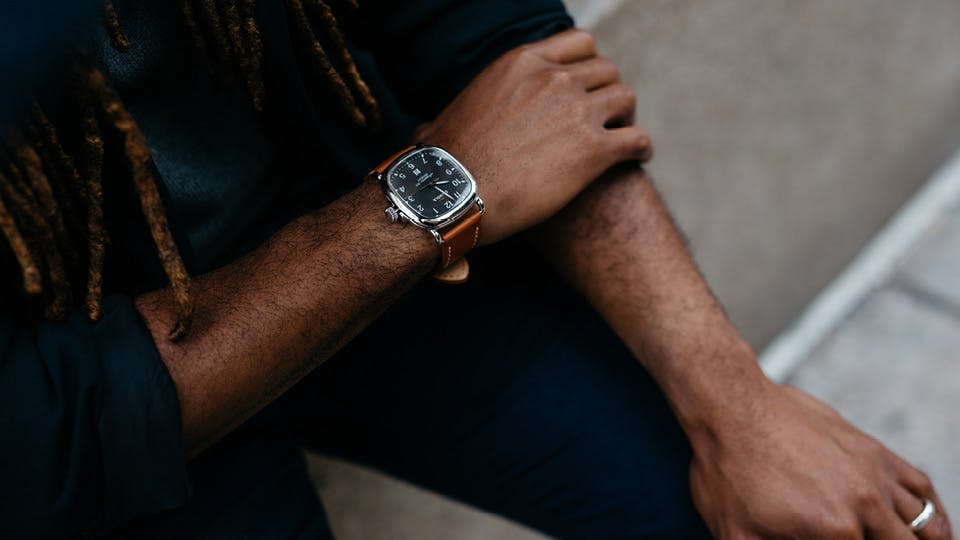 It was during the Roaring Twenties that Detroit earned its national acclaim as The Motor City; Ford Model T’s roamed the streets, business and culture boomed, and people flocked to the action. This was an era of continuous innovation and more Americans lived in cities than farms for the first time in history. In 1929, Detroit's Guardian Building was added to our city's rapidly evolving skyline and it became the world's tallest brick building. Our newest watch collection, The Guardian, was named after this iconic building — celebrating industrial excellence, creative thought, and free-flowing optimism.

The Guardian watch has all the defining traits of a classic Shinola timepiece with a brand new rounded square shape. Available in both 36mm and 41.5mm case sizes, this versatile watch can easily be dressed up or down.

Today, the Guardian Building is a National Historic Landmark, and continues to be one of Detroit's most beautiful skyscrapers with architectural details not found anywhere else. Catch a glimpse of this watch design inside the building that inspired its concept in the photos below. 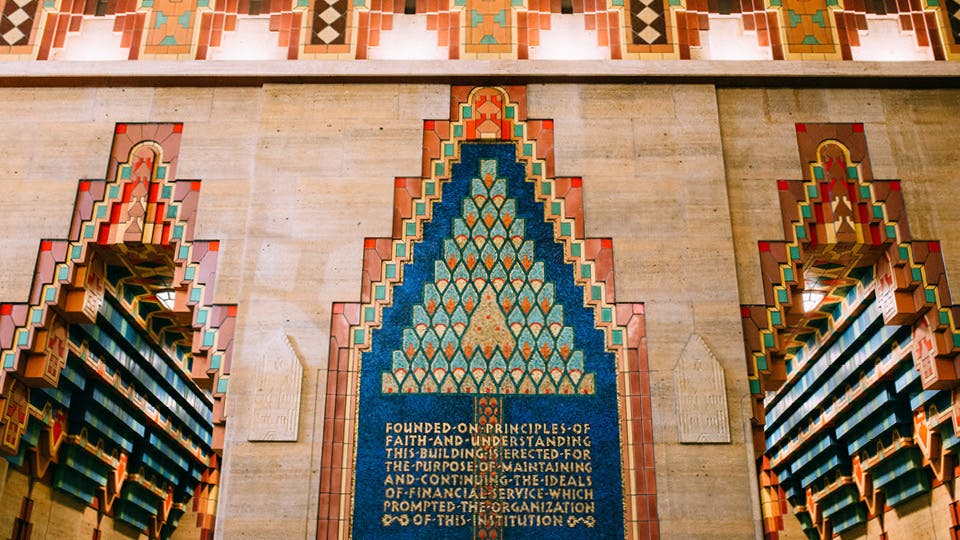 Details inside the Guardian Building's lobby. 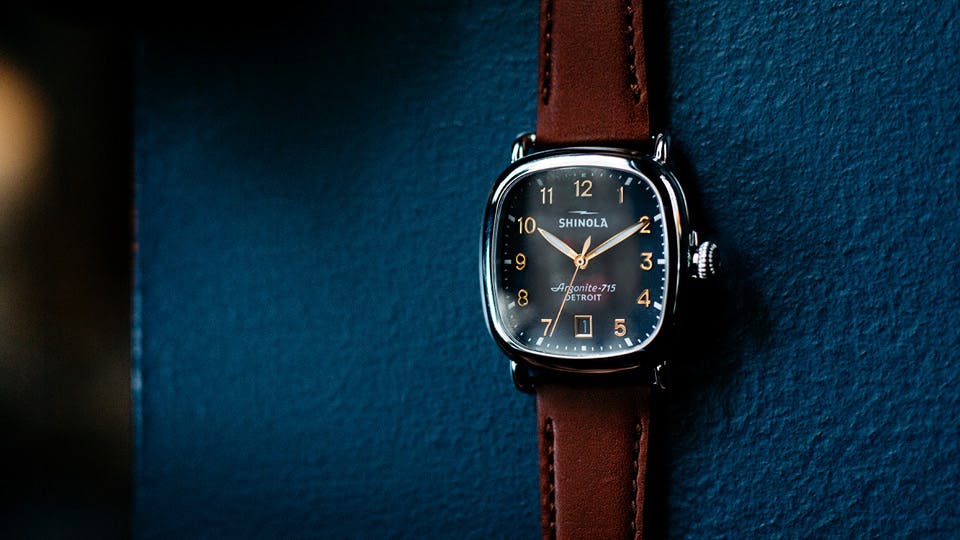 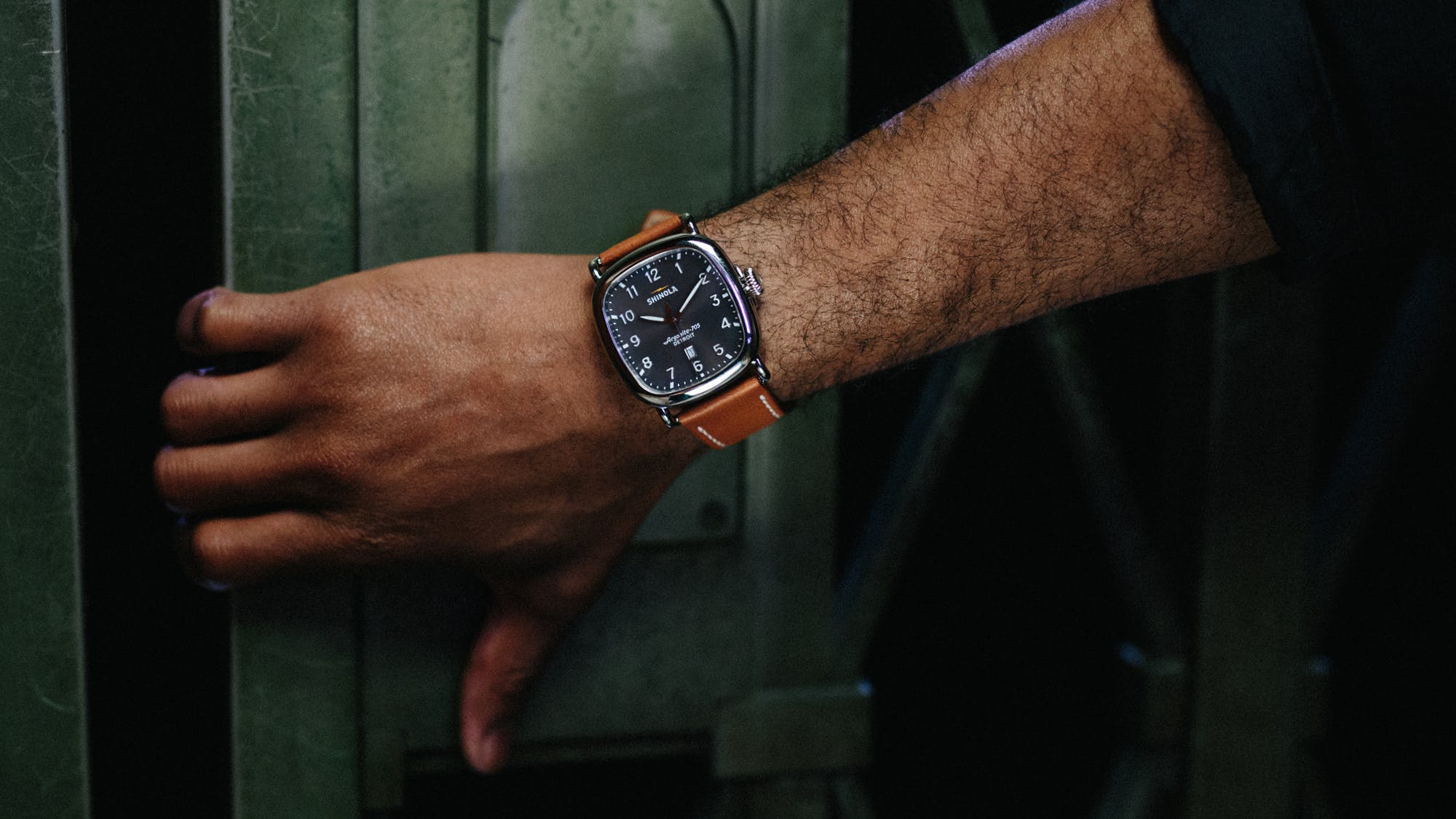 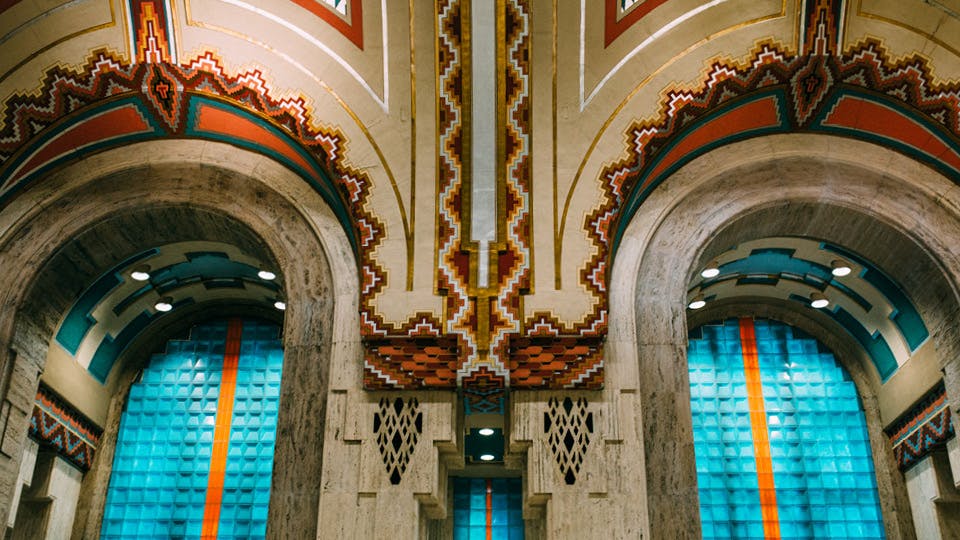 Some of our favorite Guardian Building details: giant columns formed from Travertine marble imported from Italy, and an Aztec design with multicolor, interlocking hexagons of Rookwood pottery and Pewabic Tile. 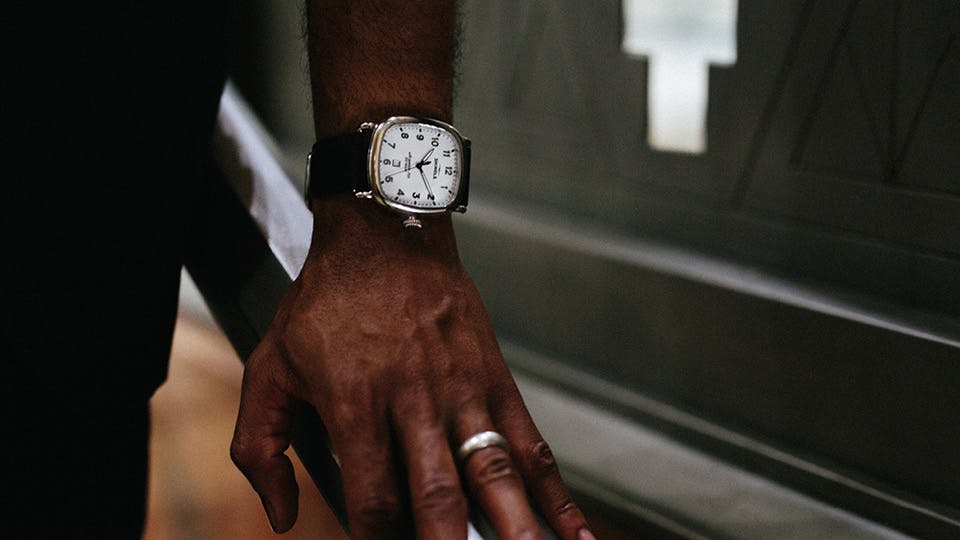 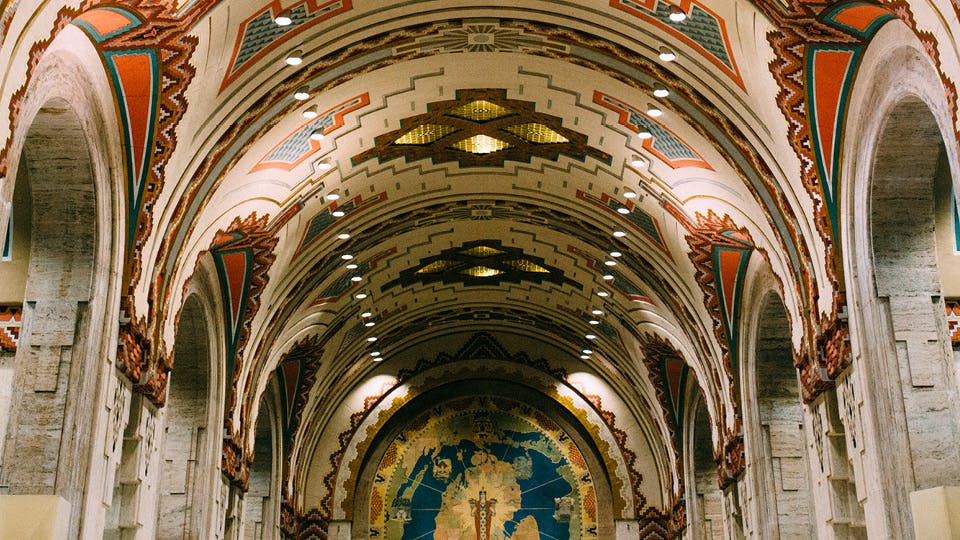 Inside the lobby: a three-story vaulted ceiling with beautiful tile details. The Guardian Building's church-like feel helped give it its nickname, the Cathedral of Finance. 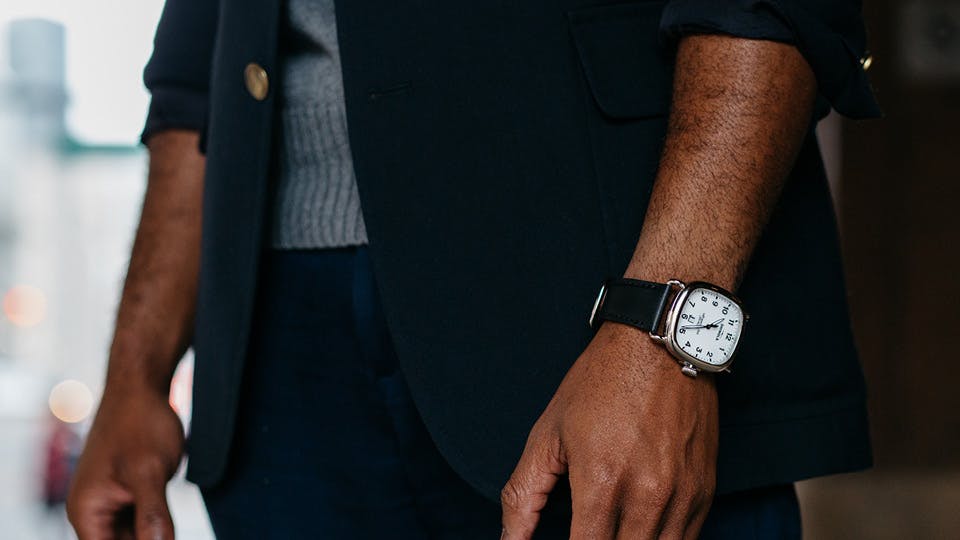 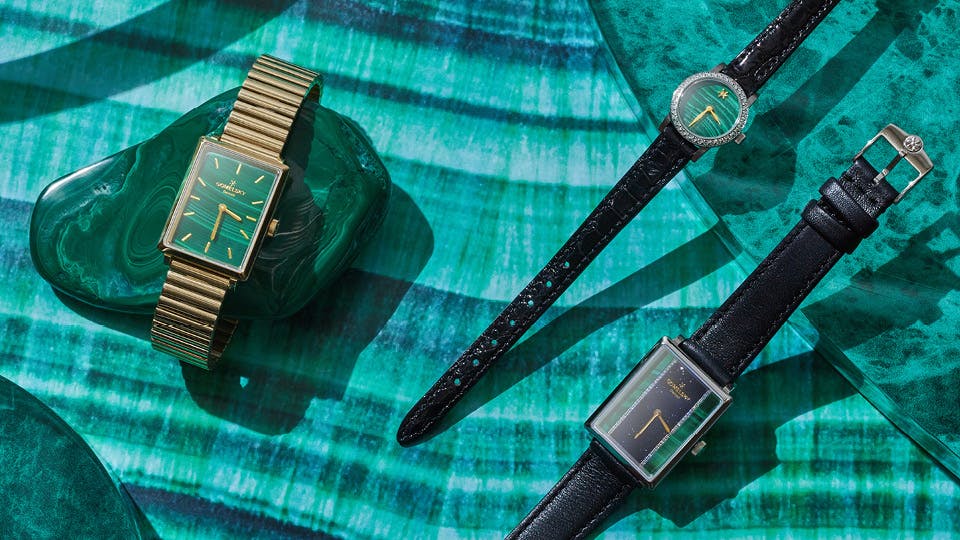