A World Champion Craftsman: A Conversation with John Golomb 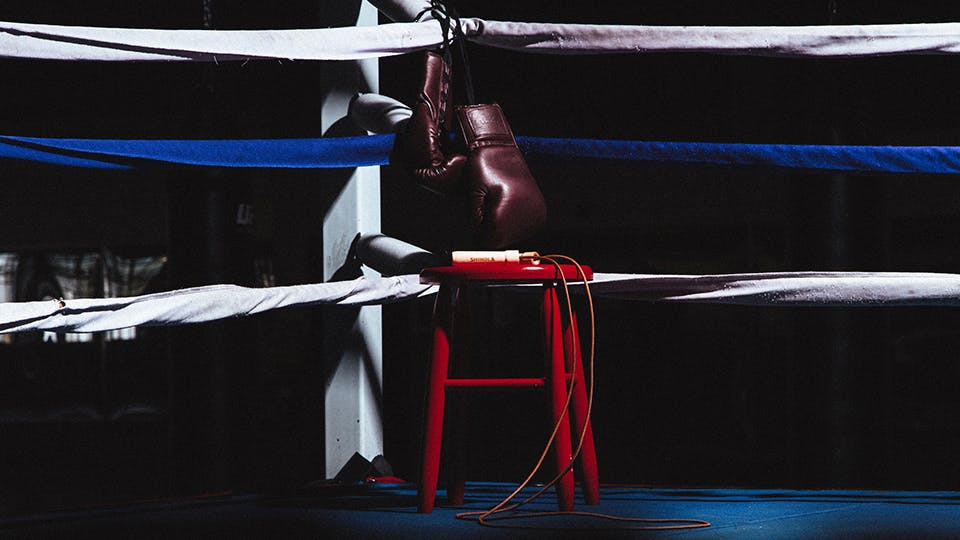 To celebrate the release of The Muhammad Ali Center Watch, we sat down for a conversation with leather craftsman John Golomb, the unparalleled glove expert who designed boxing gloves for Muhammad Ali.

Shinola and John Golomb collaborated to produce a collectible pair of leather boxing gloves for The Muhammad Ali Center Watch Collection. Click here to purchase the gloves, and read on for more from John.

John Golomb is a renowned leather craftsman who helped revolutionize the sport of boxing with the invention of the thumbless glove. As the grandson of the owner of Everlast Sporting Goods Manufacturing Co., it was easy for him to fall into the family business, but he’s established a highly respected name for himself as the “glove doctor,” sought out for his custom sporting equipment designs.

Having worked his way up from the manufacturing floor to lead product designer at Everlast, Golomb has countless stories to tell. He remembers when he was 13 years old, for example, going with his father to meet Jack Dempsey, a cultural icon during the 1920s, the golden age of boxing.

Golomb now runs his own business in Brooklyn with assistance from his wife and children, and bases his company on the principles his grandfather taught him—produce high-quality products that last. 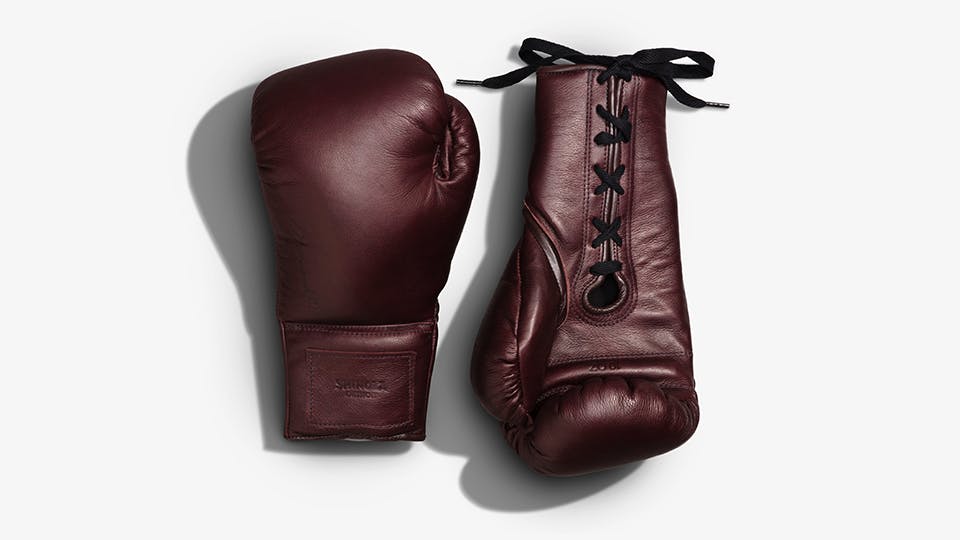 Tell me about the city you live and work in, why is it special to you?

I’ve always been in New York City, and right now it’s really a very exciting time to be in Brooklyn—it’s the artisanal center for everything.

New York is the center of the universe to me. I’ve traveled around the world, and I always come back to New York. It just has a unique quality, and the early industrialization of the boxing industry was born here in New York—it’s in my bones.

When did you realize you wanted to be a leather craftsman?

When I first started at Everlast, I was just out of college. I learned from the bottom up, and within five years was able to understand most of the operations at the factory, which was to make fine handcrafted products for the boxing industry.

Why did you feel a need to go into business yourself?

In the late 70s and early 80s, I could see a lot of competition coming from Asia. They could make something for just the price of our materials alone.

We were in a manufacturing race and continuously had to find cheaper and faster methods. I understood this and started my own business in 1987. I made it my goal to maintain a high-quality product. Customers would have to pay a little bit more, but they would get outstanding quality and the integrity of the product in return. 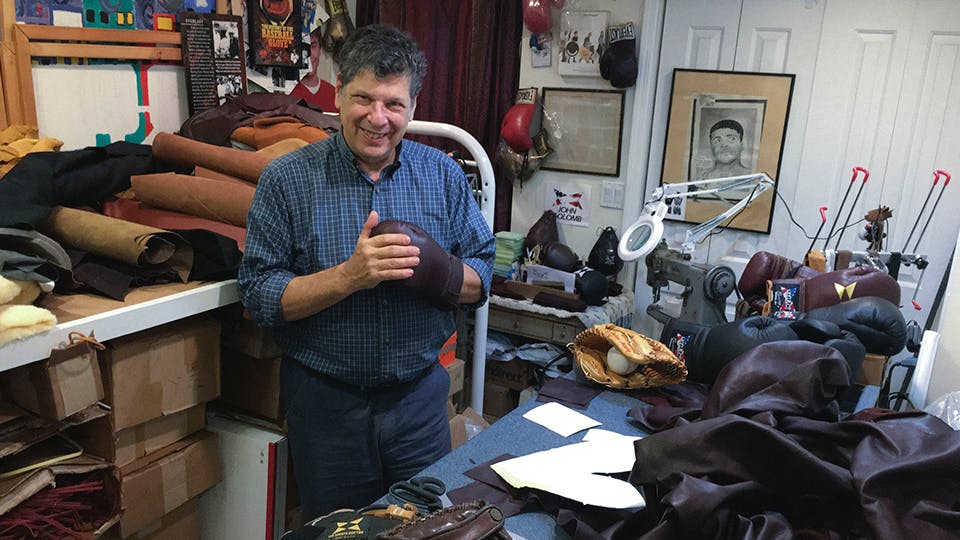 Above: John Golomb / Photo Courtesy of The Glove Doctor

Where do you source your materials from?

Like a fine chef in a great restaurant, it starts with the materials. Hand-selecting the materials is very important to me. I know the quality just by the look and feel.

Tell me about the product you developed for Muhammad Ali.

I went to the first championship boxing match between Ali and Joe Frazier at Madison Square Garden. It was a major spectacle at the time and the fight of the century for me.

I had met Muhammad Ali several times, but by the time I really started at Everlast, he was nearing the end of his career. He had various aches and pains, and one of the things he was suffering from was boxer’s knuckle, a common malady for boxers. It is a soreness that develops from punching too many times. So I developed a pair of training bag gloves for him to use.

That particular bag glove is what ultimately led to the thumbless glove because the materials I experimented with in Muhammad Ali’s glove eventually found their way into the boxing gloves.

How did the thumbless glove turn into a reality?

Back in the 80s there were a couple of high-profile deaths in the ring. The U.S. government was looking to abolish boxing. As a result, the New York City Athletic Commissioner resigned, and a new commissioner was named. This was Floyd Patterson, a popular former heavyweight champion. I met with Patterson, who I knew, and discussed creating a new glove without an extended thumb. A common injury in boxing is detached retina caused by inadvertent thumbing in the eye. Floyd Patterson had actually experienced a detached retina himself. In a press conference, Patterson announced that the boys from Everlast were working on a safer glove. I came up with the “thumbless boxing glove,” which helped prevent serious eye injuries.

Boxing has been one of the most popular sports through the centuries for fitness and sport. It was important to my grandfather, and my father after him, to build Everlast not only on the foundation of creating high-quality boxing equipment, but also to make boxing as safe as it can be.

Do you still watch boxing today?

I’m a devotee of boxing. I follow it carefully. I can’t comment on any upcoming fights that really strike me, but I did like the hype for the big Pacquiao and Mayweather fight, which had shades of the old times to it. 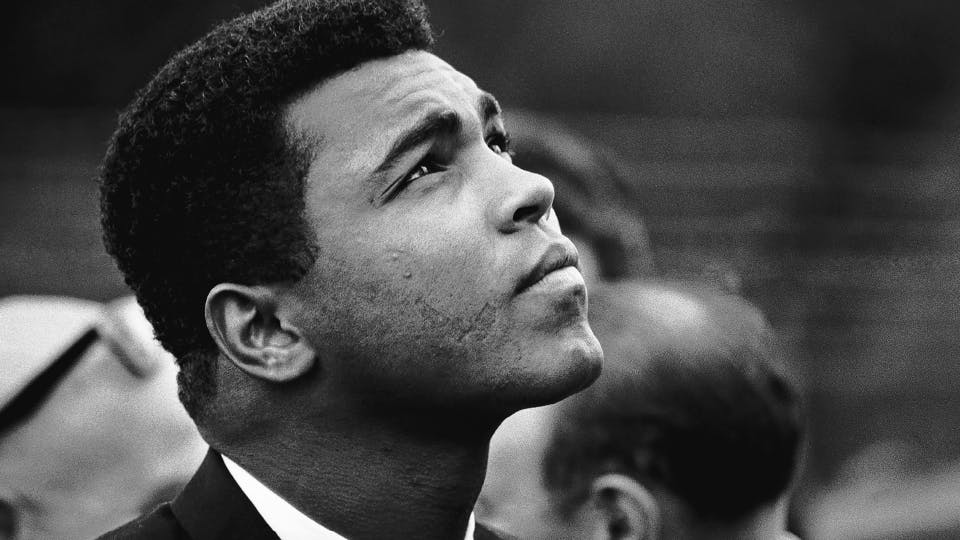