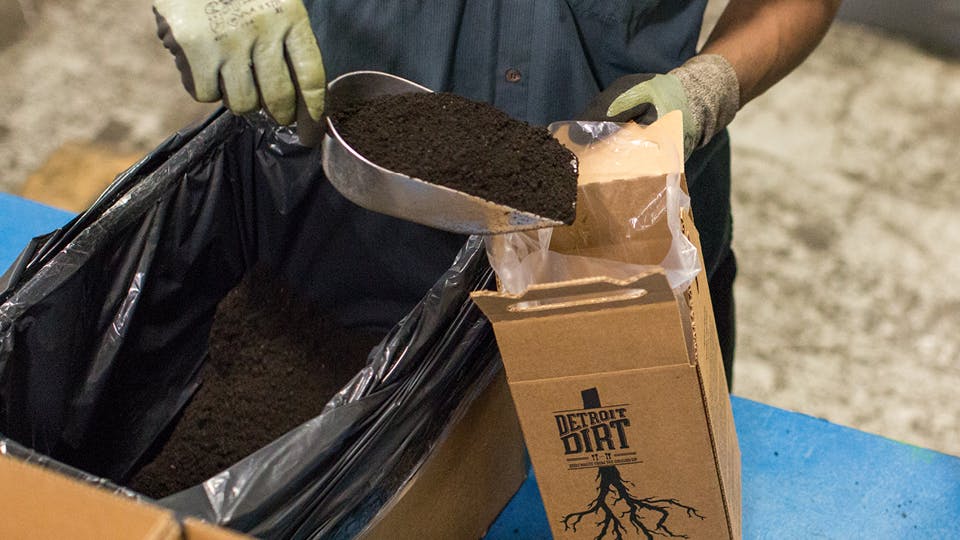 When people think of Goodwill, the thrift stores and donation service comes to mind. But Goodwill's Green Works, a subsidiary business under Goodwill Industries of Greater Detroit, shows how expansive the organization really is. The industrial recycling facility on Detroit's east side hires individuals with employment difficulties or handicaps. We took a tour of their facility and learned more about where our partner Pashon Murray from Detroit Dirt is packaging her first commercial product being put on the market.

With the help of Green Works, Michigan Box, and Shinola, Pashon will be selling 100 percent organic worm casting compost in Shinola stores until May 14. "Shinola has always been very supportive of my story," Murray says. "When they offered to help with marketing, it really maximized the relationship and the potential of Detroit Dirt."

The compost will be sold in five pound bags for $30 each. The packaging, created by Michigan Box, and designed with Shinola and Green Works is all biodegradable, adding to Murray's mission of creating zero waste. Goodwill’s Green Works recycles waste materials from industrial structures. Using the commodity market and 70 year-long partnerships with companies like DTE Energy, they break down scrap materials, resell and distribute them for the opportunity at a second life. Some of these materials include cable wiring, oil filters, or even household refrigerators. Goodwill’s Green Works helps prepare individuals with the skills for middle-class factory employment positions by providing real life experiences in a professional environment. This is a second chance opportunity for employees and trainees to redirect their own lives in a more productive and meaningful way. The organization offers both transitional work experience and independent employment opportunities for individuals in the community. Two thousand pounds of worm castings were packaged by hand to allow 400 boxes to be available for sale. Worm castings are the richest natural fertilizer known to humans and are packed with minerals essential for plant growth. They contain a highly active biological mixture of bacteria, enzymes, remnants of plant matter and animal manure, as well as earthworm cocoons. The castings are rich in water-soluble plant nutrients, and contain more than 50% more humus than what is normally found in topsoil.

Jay Wilber, president of Green Works and member of Detroit Dirt's Board, considers Pashon a business partner, but also close friend. He helped explain why his company helped Pashon produce her first commercial product. "John Bradburn from General Motors gave us the idea to pursue worm castings as the first item we make available and we just went with it. Worm castings are the best organic ingredient you can get," he says. "Shinola recommended the package they thought would make sense, and we modified it a bit to make the original design strong enough." This particular project with Detroit Dirt resulted in Greenworks being able to hire seven more people at Green Works.

"As a result of this opportunity we learned more of their skills," he says. "The folks that were able to do this did a great job and it's just a wonderful story. Our mission at Green Works is to help people with employment challenges, but this particular group we hired for the Detroit Dirt packaging were a group of people who we hadn’t really had the right work that would match up the skills they had until now."

Today, Green Works has created a business unit just for Detroit Dirt and they plan on moving forward beyond just worm castings. Right now Jay is helping Pashon expand Detroit Dirt to add a Detroit Dirt Foundation, non-profit side of the business. "Detroit Dirt Foundation will be focused on soil preservation, horticulture, composting facilities, a demonstration site, and we’ll want to provide scholarships for people interested in being part of the institute," Jay says. "The primary focus will be teaching people how to use compost, what it is, how to setup their own urban farm and using those as examples not just in Detroit, but beyond that as an overall movement."

Both Pashon and Jay say this worm castings product is just the first of many to come and are excited for what the future holds.

"She has a strong vision," Jay says about Pashon. "I’m right here with her. I’m going to help her moving forward to grow her business. Every time she grows her business that means we're going to be able to help more people with employment challenges and that's what we are in the business to do in Goodwill Industries of Greater Detroit and Green Works Subsidiary."

Find a Shinola Store Near You 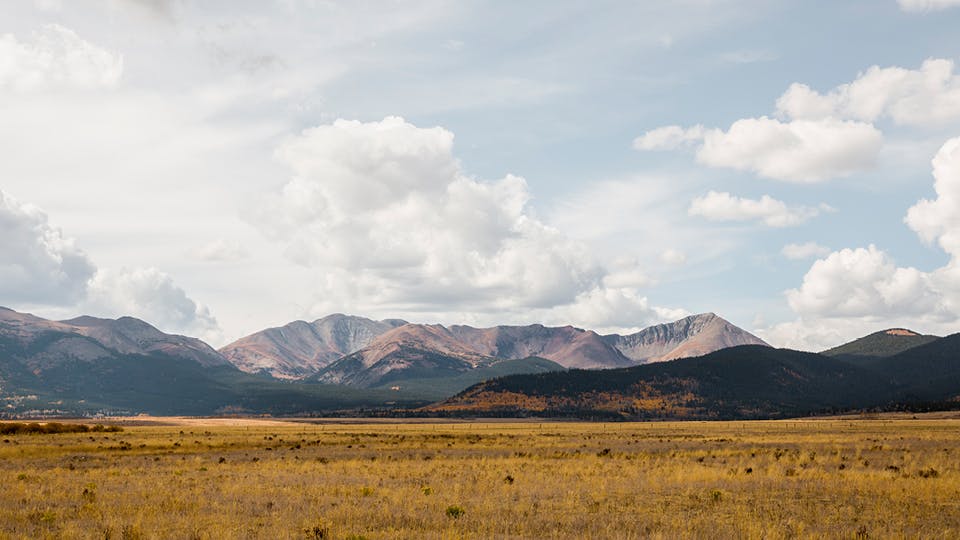