In the studio with Detroit Artist Louise Chen 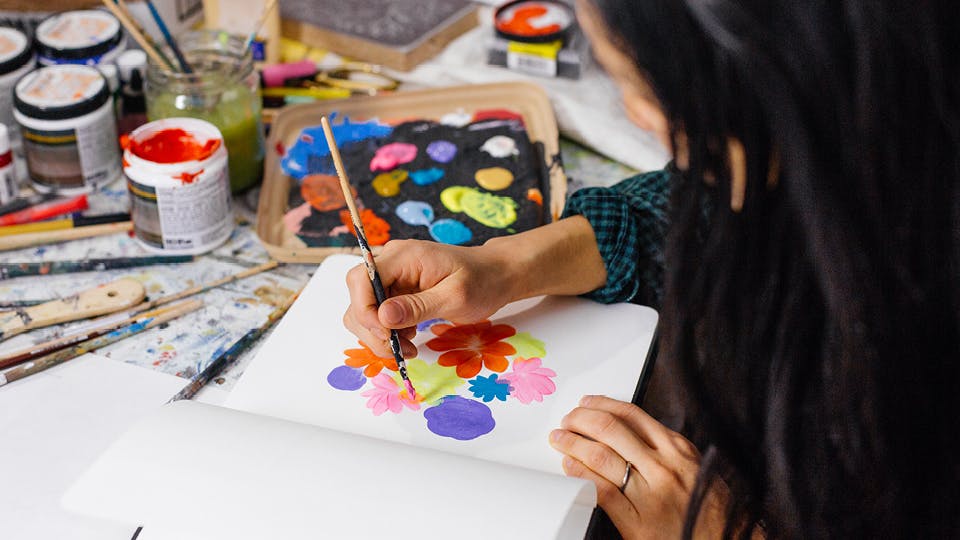 Growing up in California, artist Louise Chen, better known as "Ouizi", never planned to live in Detroit. "I kept coming back for more art projects, and eventually stayed because I had more work here than I did in Los Angeles," she says. After completing more than 40 murals in Detroit since moving here, not counting her other paintings and murals found around the U.S., it's safe to say she's found her artistic home.

It's not hard to find one of Ouizi's murals, so the next time you find yourself exploring Detroit, keep an eye out for her highly recognizable floral works of art. You can even drive through Eastern Market, around West Village, or stop into Astro Coffee to see one of her most popular works.

"The Astro mural was originally a chalk mural at first, but it became so popular that they asked me to paint a permanent one," she says. 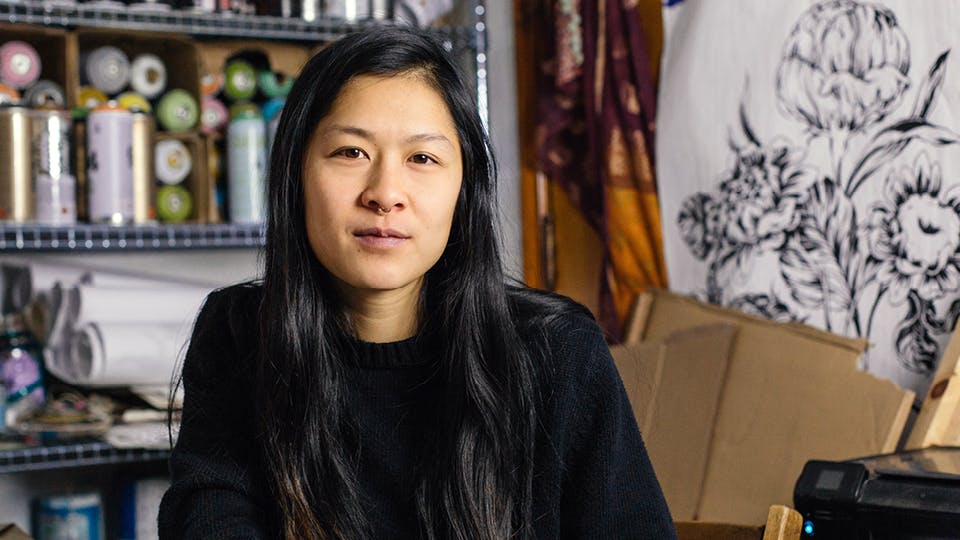 Louise "Ouizi" Chen inside her studio. (pictured above)

We met Louise at one of her studios located in the Jefferson Chalmers neighborhood on Detroit's West Side. We gave her a few Shinola Sketch Books to try out and learned more about her creative process.

"I use sketchbooks regularly as a reference point," Louise says. "Many artists use photo references, and I try to stay away from those. A sketchbook is a place to incubate ideas, but also for me to use my own references. I draw something in my own style and I replicate that."

Louise tries to draw in a sketchbook every day to hone her style.

"I have a library of flower vocabularies, different shapes, and there's a language I've created with the shapes. It's recognizable," she explains. 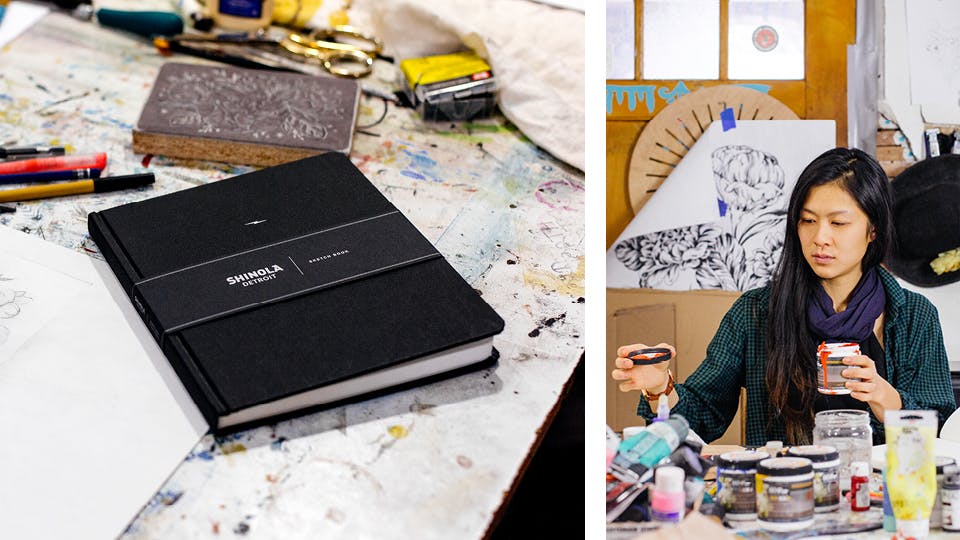 The Shinola Sketchbook and Louise inside her studio. (pictured above)

While attending college in Santa Cruz, Louise studied drawing and printmaking, but ironically her studies never included painting — the primary medium in her current work.

"Flowers are a vehicle for me to explore color and shapes. They remind me so much of my own body — they're very feminine. I consider myself to be feminine, but haven’t always felt that way. As I get older, I’ve learned to embrace my femininity, and I find myself increasingly drawn to flowers with age." 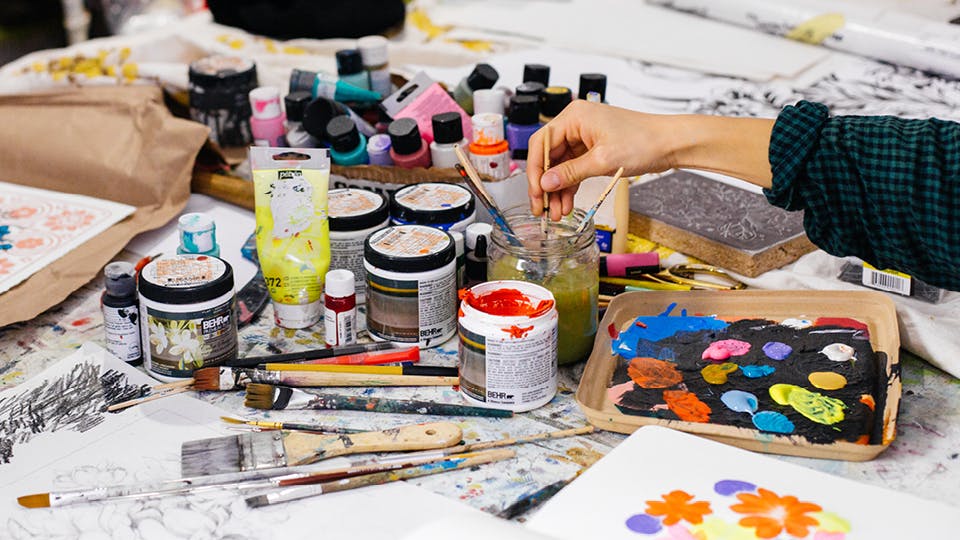 Louise works with guache and acrylic in the Shinola Sketch Book.

Louise primarily works with guache and acrylic paint when she's not working on large-scale installations, where she uses bucket paint.

"I started out making murals with loose, leftover bucket paint, and mistint paints from Home Depot — I had to learn to match colors with whatever I had," she says. "Now that I can actually pick what I want to work with, it's usually acrylic or guache if I'm working on paper. I like the thickness of the paint and feel it displays the brush strokes better, which is important for my work." 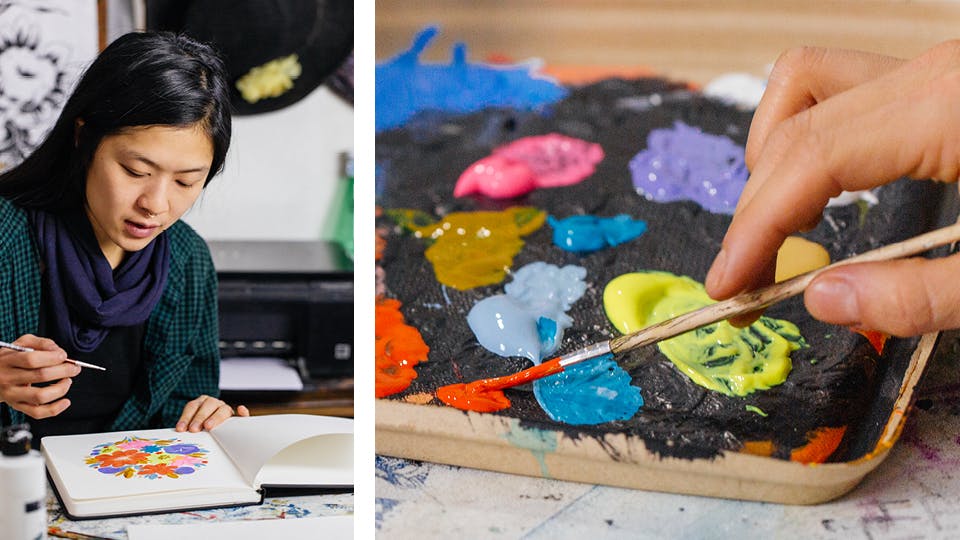 Louise working in a Shinola Sketch Book. (pictured above)

Louise has developed her own flowers, and also uses botany books to study the structure of real flowers.

"I think it’s just fun to paint from memory. I've studied and borrowed shapes from different flowers. They've become an imagination of different species, but I still do also love to incorporate real flowers, depending on the project," she says. 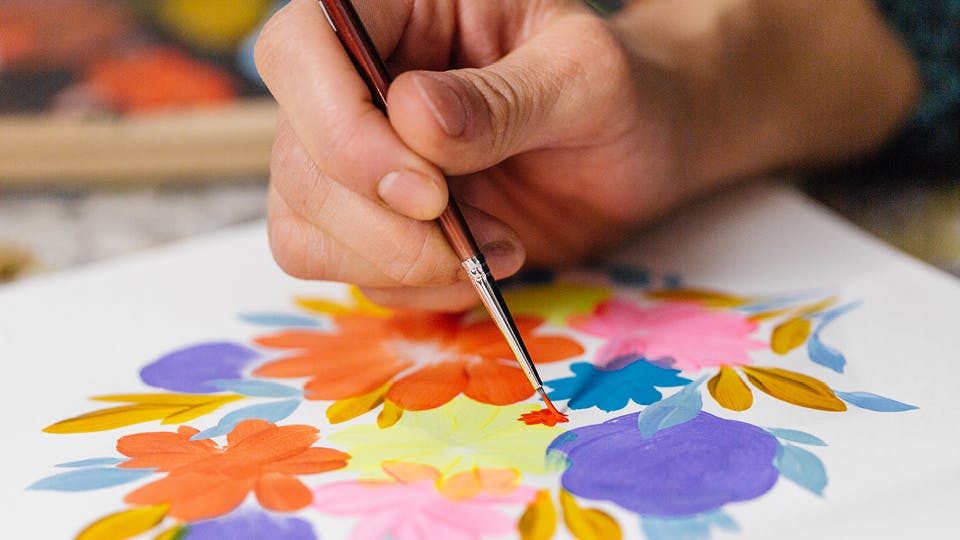 Louise uses guache inside the Shinola Sketch Book. (pictured above)

When asked what keeps her inspired in Detroit, she spoke from the heart.

"Initially I was drawn to the beauty of the detritus. I loved to explore the remnants of what was once very grand," she says. "Nowadays, my connection is deeper. I’ve been through a lot here in Detroit and going through those buildings can be painful. I can sympathize with people who have lost their homes. I’ve had a house fire here and so has my husband — we’ve gone through our own detritus and it's terrifying." 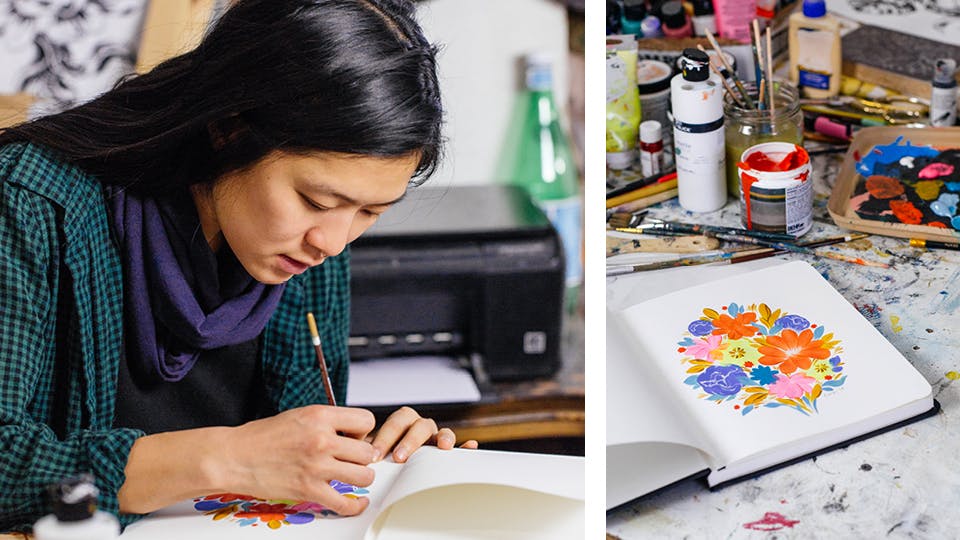 Louise working in the Shinola Sketch Book. (pictured above)

Louise's work will be showing at Detroit's Inner State Gallery on May 26th. This winter she's finishing up a mural in Hawaii and busy completing various commission projects.

Find more of Louise's work for sale here and here. 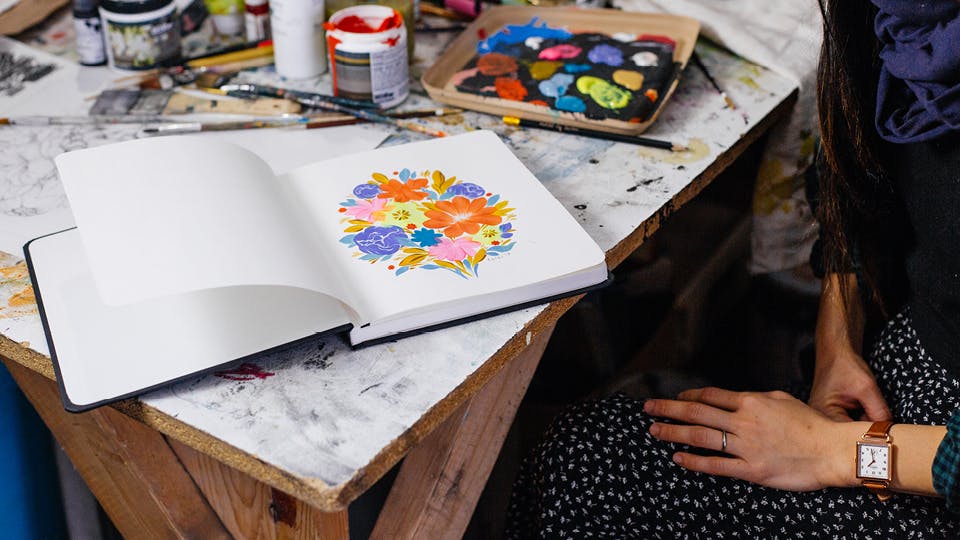 Louise shows off the painting she did inside the Shinola Sketch Book and wears The Cass 28mm watch. (pictured above) 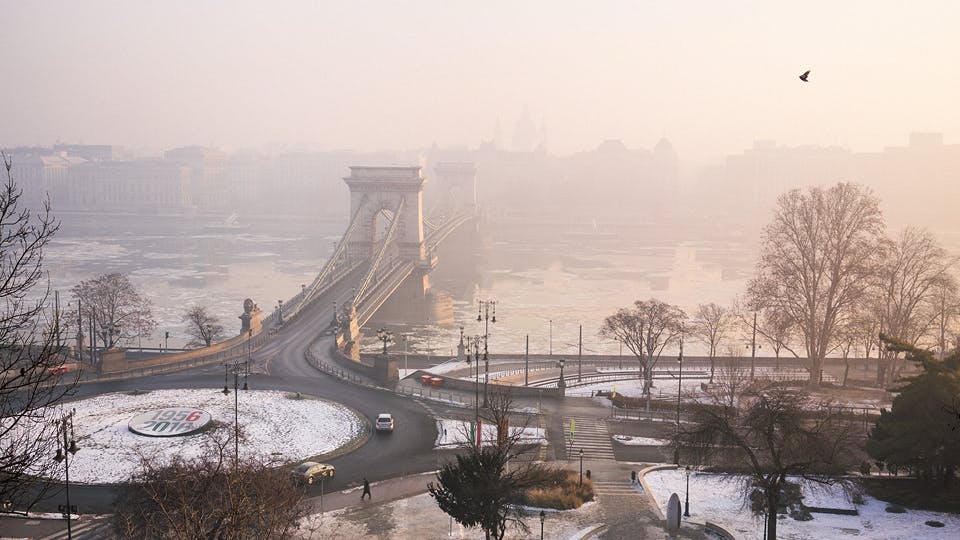