Since Day One: Meet Our First Detroit Employee 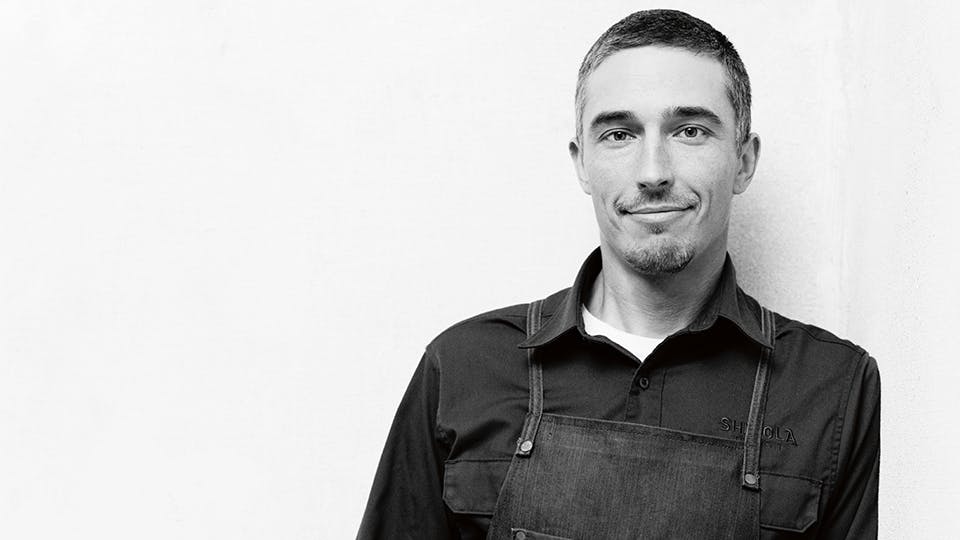 Meet Alex Stchekine, the first official Shinola employee hired in our Detroit flagship location. He's headed up the custom-level assembly of our bicycles since the very beginning. He's also the guy that rides his bike to work whenever road conditions allow, even in Detroit winters. Catch the entire interview with Alex below. 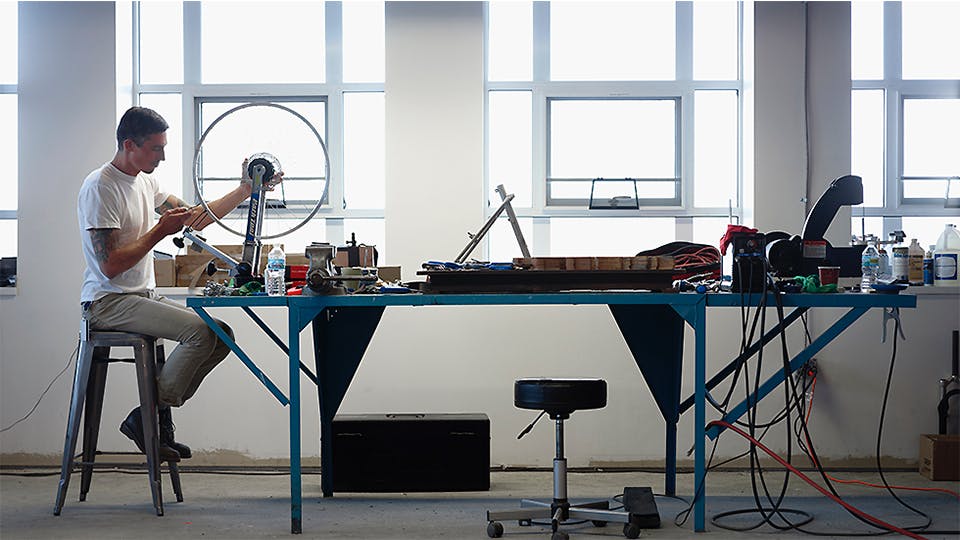 Alex is truing a wheel in the above photo. (The process of ensuring the wheel is on straight)

What is your experience with bikes prior to coming to work for Shinola?

My whole life has been all about bikes. Ever since I could be on two wheels, I was riding bikes with my dad.  He's French so he has cycling in his blood. He started racing a little bit and I got into it as a kid, and since then it's just been my sport. It's been my hobby. When I was going to college I put myself through school working in a bike shop and then became a bike shop manager.

While I was at Wayne State I was studying metalsmithing, jewelry and sculpture, and so one of the things I wanted to do was make my own bike frame. I built a couple of frames as part of a self directed class, and that's been a hobby for years and years now. That’s how I made a connection with Shinola.  They had been coming to Detroit scouting for people who knew bikes.  There were some informal meetings, and I was determined to be their “man on the ground” in Detroit.

They saw some of the bike framework you were doing then?

Yeah, I was working as a studio artist doing custom metalwork for architects and designers, but as a hobby I was experimenting with bicycle frame building. I had a young family to support, so it didn’t seem feasible to become a full time frame builder.

What kind of cycling do you do in your free time?

Currently I ride my Shinola bike everywhere, but I also mountain bike, and take long rides through Hines Drive with my dad.  I share a tandem with my wife, and my 6 year old daughter is ready to lose her training wheels. We also have a dog who loves to run and pull me on my old BMX. In my teens, I would train in the Spring riding countless laps around Belle Isle with the Wolverine Sports Club. We raced on an old velodrome (Dorais City Park) built in 1969, until it fell apart in the early nineties. I was just on that cusp where I consider myself old school. I had a leather helmet and it was just before things got real modern. I got to experience a lot of real old Detroit-type bike racing , and I keep that in my back pocket all the time. 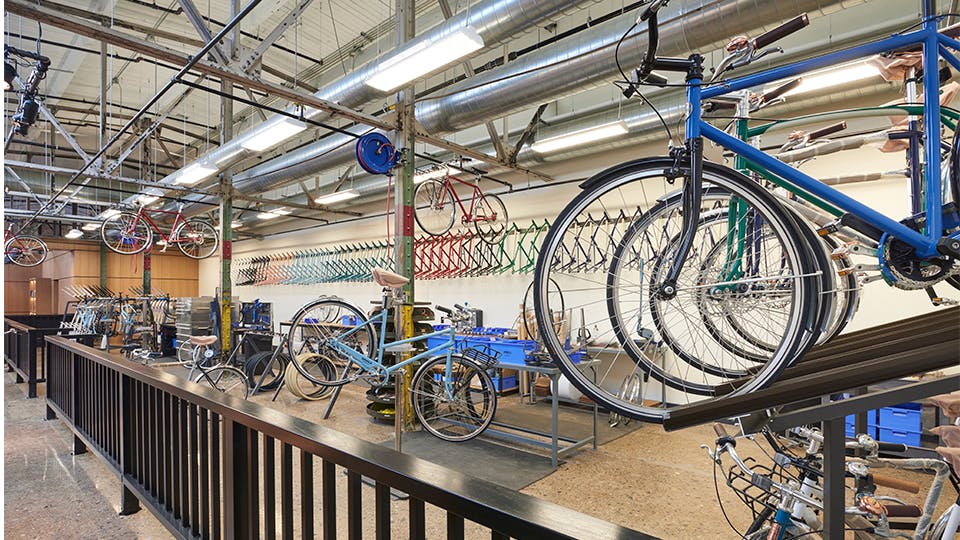 A glimpse inside the Bicycle Workshop in our Detroit flagship store.

What are some of the biggest changes you've noticed in Detroit over the past five years while working for Shinola?

I went to school here at Wayne State right up the street and so I've spent the last 20 years being a participant in what goes around in the city, whether it's a showing at a gallery or coming back to the school. I've seen all sorts of growth. In the 90s it was pretty slow around here and it's built up more and more. Shinola seems to have brought the tablet this city needed and it made things start to fizz. I think Shinola has helped bring people together in Detroit.

The thing that's funny is so many people think the city is just like a ghost town with tumbleweeds, but it's actually pretty hard to find a nice place (to live) here with all the demand. A lot of people have interest in the city. Shinola has been an amazing catalyst for growth amongst not just us, but all people that have joined us in investing in Detroit. 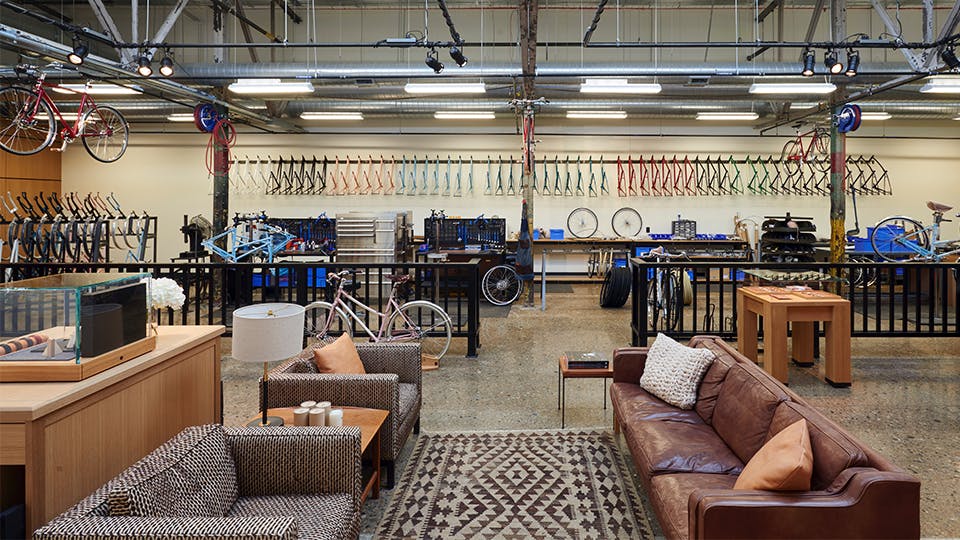 Each Shinola bicycle undergoes a precise, custom-level assembly by experts like Alex in our Detroit flagship store.

THE DETROIT ARROW THE BIXBY THE RUNWELL 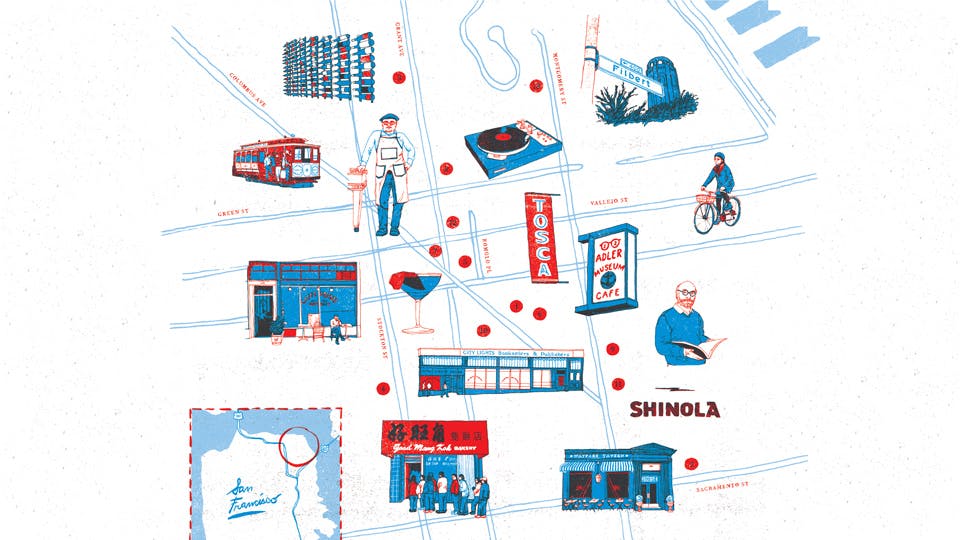