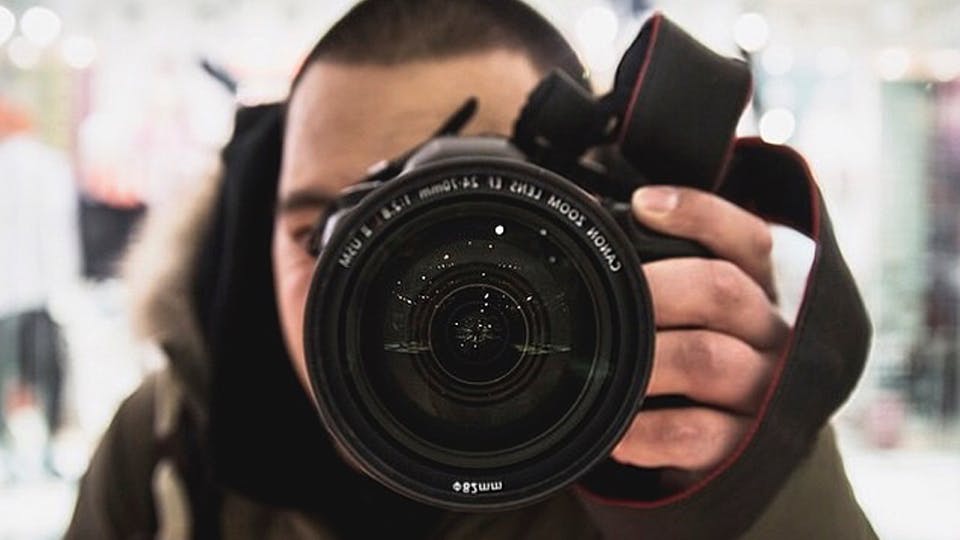 By day, Jober Guevarra works as an analyst. By night, he's better known as Mr. Jobeezy, when he follows his passion for photographing the city he was born and raised in. Jober toured us around Toronto for his take on #LoveMyCity — Find all the photos below, and discover our newest store located at 1000 Queen Street West.

"I was born and raised in Toronto and I'm proud to say that I am from this city – no matter where I go or travel. Toronto is a very diverse and multicultural city," Jober says. "On any given day you can visit different parts of the city to experience this. From Little Italy, The Fashion District, China Town, The Danforth to Kensington — every part of the city is unique in it's own right. There's no other place in the world I would rather choose to call home." #LoveMyCity 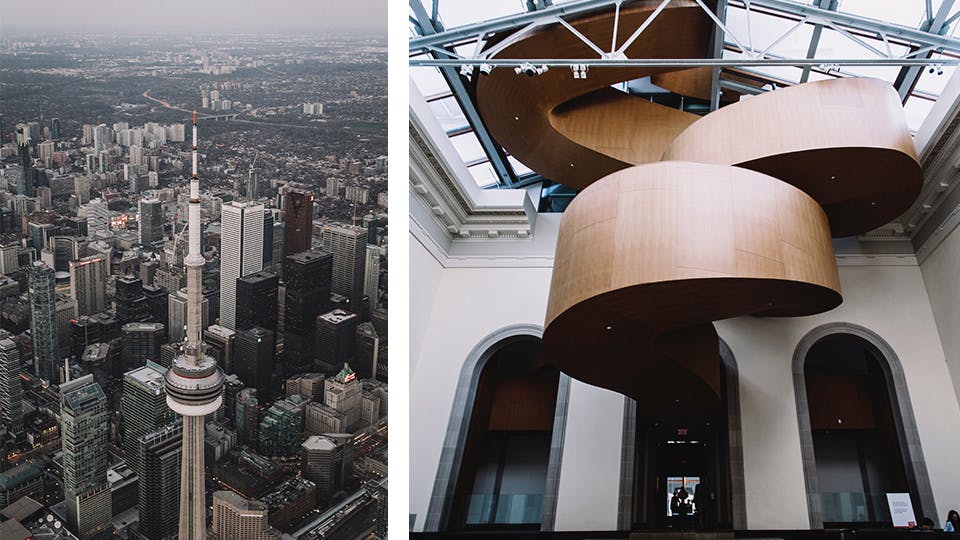 An aerial shot of the CN Tower (left) and a wooden intertwined staircase above an archway at the Art Gallery of Ontario.

"Besides the beautiful architecture and exhibits, The Art Gallery of Ontario (AGO) is special to me because this is where I got my first big break in photography, as well as the confidence in believing that it was more than just a hobby. I once mentioned to someone that I hoped one day my work would be featured here. They jokingly replied, 'You have to be good at what you do to be in here.'"

"A couple of months later there was an exhibit for Jean-Michel Basquiat, which I was extremely excited to see," he says. "Displayed outside the building were advertisements for the exhibit displaying his iconic crown symbol. Passing by with a friend, I photographed them standing under the crown and posted it on social media. It was so well received, that the AGO contacted me and asked me if I would like to assist them in promoting the exhibit. That one photo, amongst others I did for the exhibit, were displayed on flyers, advertisements around the AGO, and social media. The AGO later presented me the neon crown sign. This is when I started to believe that I could actually do something with my camera." 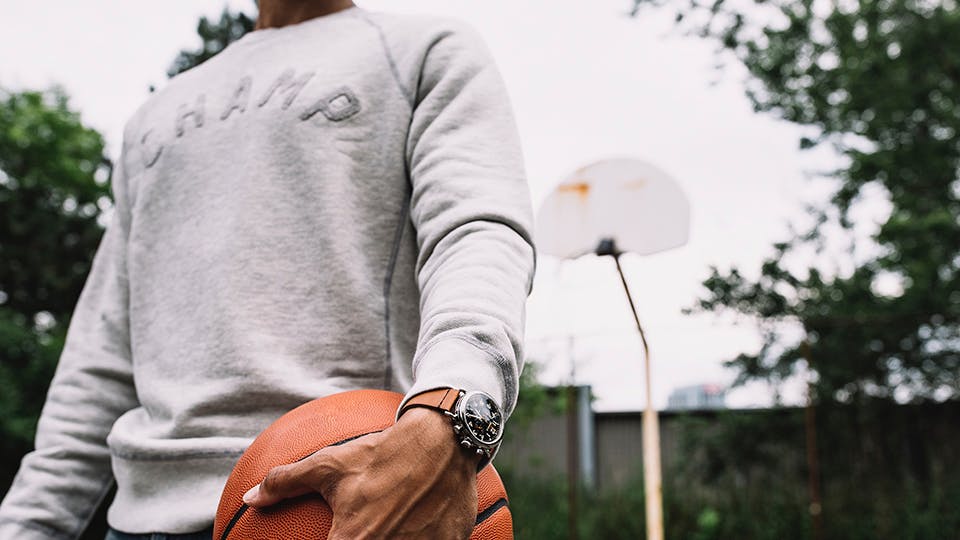 Playing basketball in Thorncliffe Park with the Shinola Men's Champ Sweatshirt with the Runwell Chrono 41mm.

"Thorncliffe Park is densely populated, multicultural neighborhood in central east Toronto. It has both an industrial and residential section. This part of the city is special to me personally because this is where I was raised. In this photo you'll see the basketball court where I learned to play basketball and met the majority of my lifetime friends," he says. 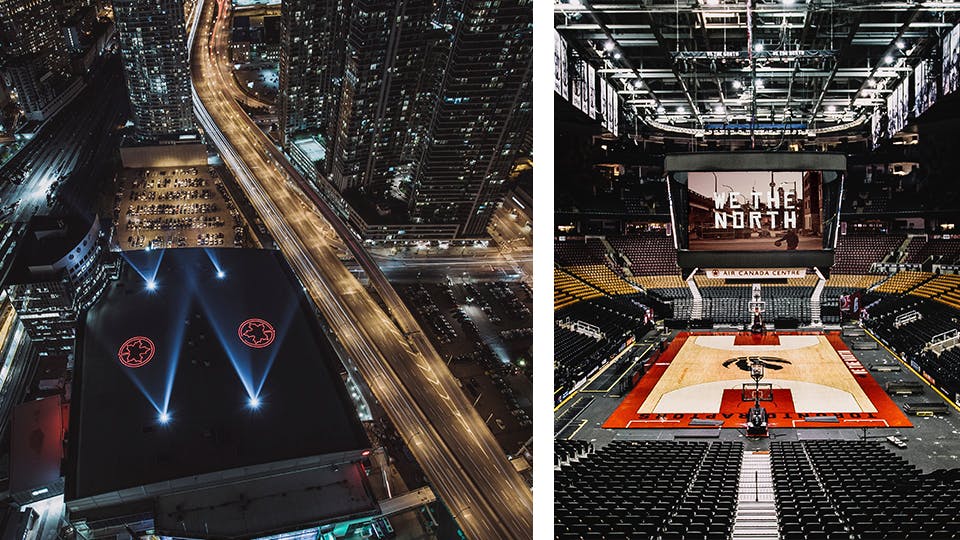 An aerial shot above and inside the Air Canada Centre, where the Toronto Raptors play basketball.

"Before photography, basketball culture was (and still is) a big part of my life," Jober says. "I've had the opportunity to experience this unique culture both as a spectator and as a photographer. This year, I had the opportunity to live out a childhood dream and experience the NBA All-Star weekend that was held here in Toronto — I was able to capture the entire weekend as a photographer. I've also experienced concerts from Kanye West, Jay-Z to Stevie Wonder in this building." 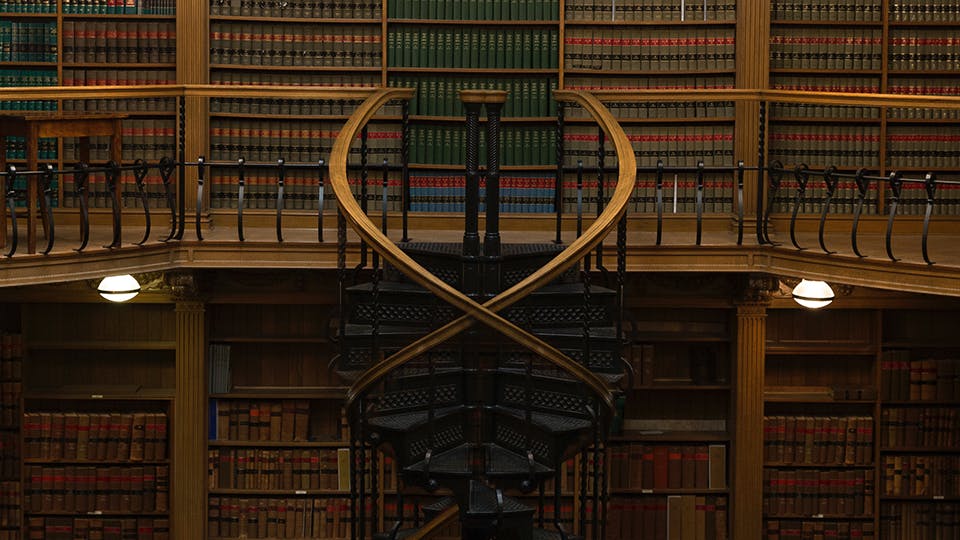 Inside the library at Osgoode Hall you'll find this staircase. Jober edited this photo to make it appear as a spiral staircase — read his explanation below.

"This is a landmark building in downtown Toronto which houses the Ontario Court of Appeal and the office of The Law Society of Upper Canada," Jober says. "This place holds a special place in my heart for a number of reasons. It was a building that I took for granted prior to being a photographer, but now, it is THE building that brings out the most creativite side of me."

"I love editing photos I take of various rooms here, this being one of the libraries, and putting my own twist on them. For example, in this photo I turned the spiral staircase into a double helix to represent the advancements in the use of DNA in court and forensic science." 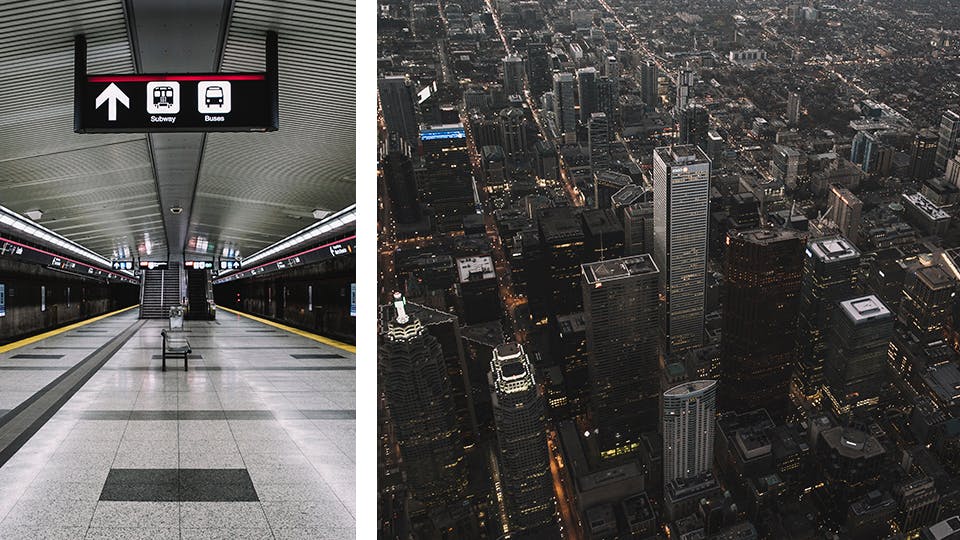 A Toronto Transit Commission Subway platform and an aerial shot of skyscrapers in The Financial District.

"When I have the itch to spend the day taking photos, one thing I do is leave my car at home and take public transit. The hustle and chaos during rush hour makes for great street photography," Jober says. 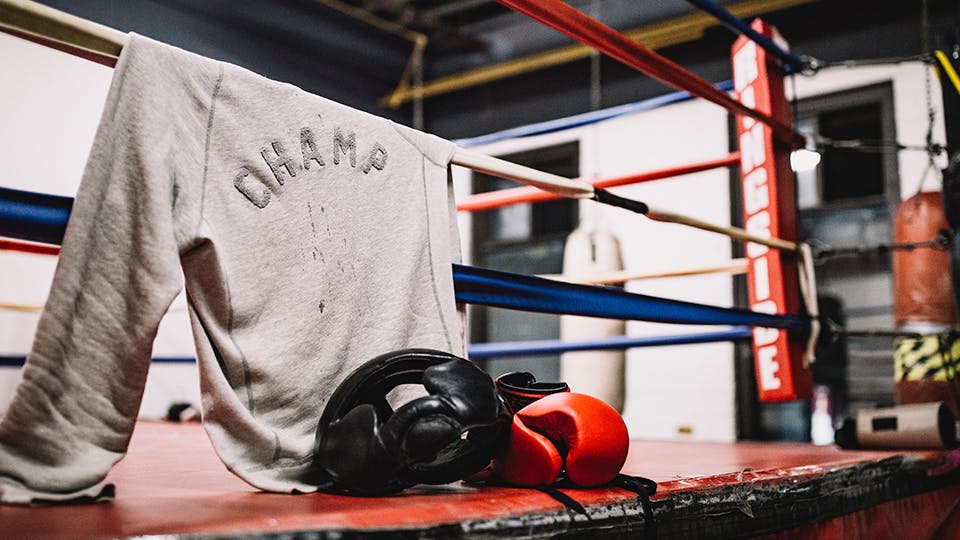 The Shinola Men's Champ Sweatshirt at the Hardknocks Boxing Gym.

"This gym is one which helps me keep my focus sharp and my physical health on point," Jober says. "It is part owned by my childhood friend and trainer @regime_wiz (pictured below)."

"I learned the work ethic that I bring to my day-to-day life here. Hard work pays off, sometimes it's immediate and most other times it's built through patience, consistency and persistence. This is what this gym has taught me. Come in and experience it for yourself." 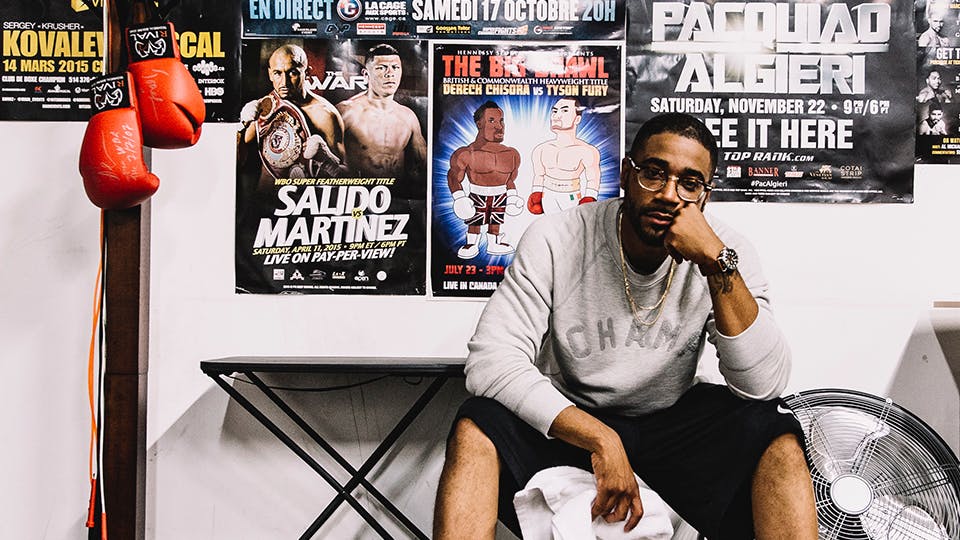 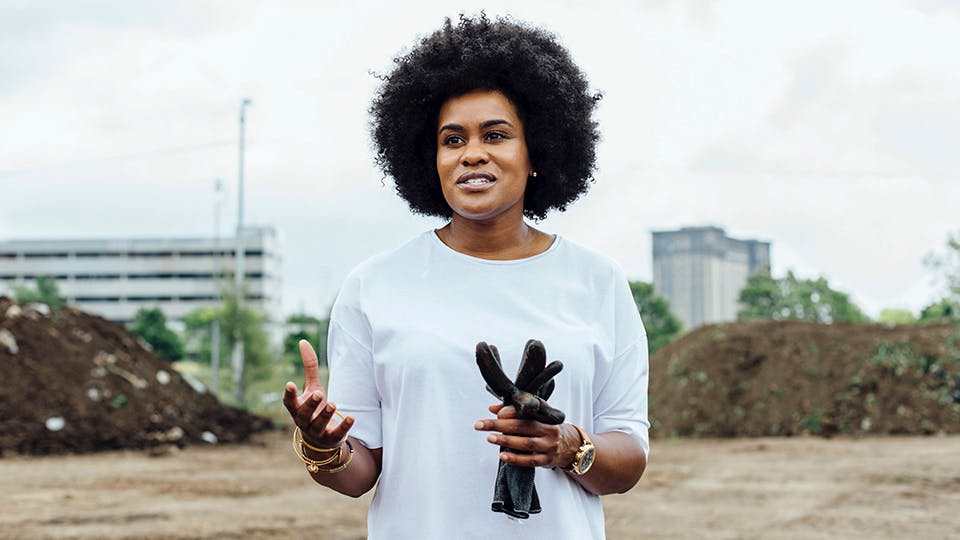