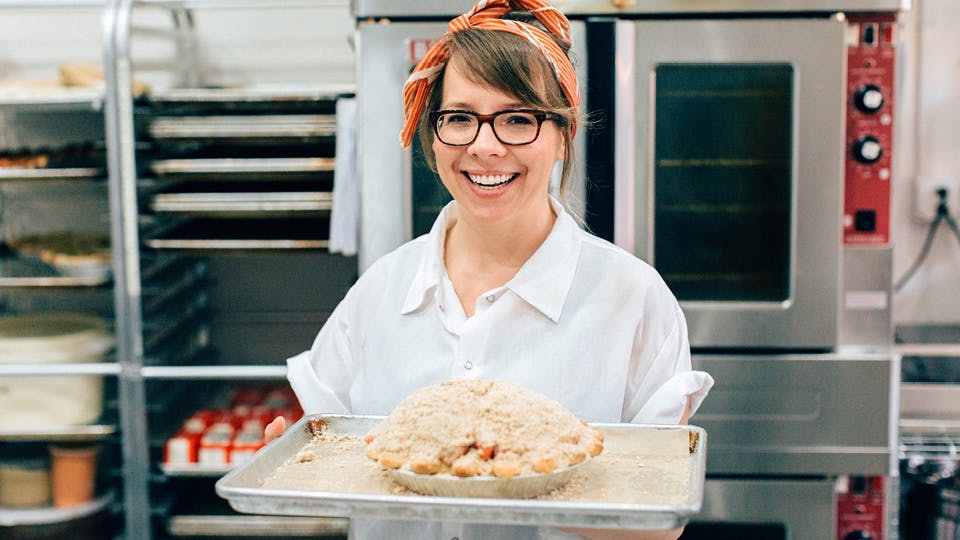 On a quiet street in Detroit’s West Village neighborhood, a neon pink sign that reads ‘Sister Pie’ shines brightly above the corner bakery. Step in, and the buttery smells from homemade treats fill the air. After years of eating their buckwheat chocolate chip cookies at the Shinola café, we had to learn how to make one of our favorite pies. We spent the day baking their coveted rhubarb rosemary streusel pie and are sharing their recipe — just in time for Mother’s Day.

Download the recipe here. Or order one from Sister Pie for Mother’s Day, here.

Inside the charming bakery (8066 Kercheval Ave, Detroit) you’ll find a few staples: the warmth of an industrial oven, stacks of baked goods, and hot cups of tea and coffee. Sister Pie has a few signatures, though, most notably an all-female baking team and a steady playlist of classic 80s music. Lisa Ludwinski, owner of Sister Pie, opened her brick-and-mortar shop in 2015, but has been selling her treats since 2012. 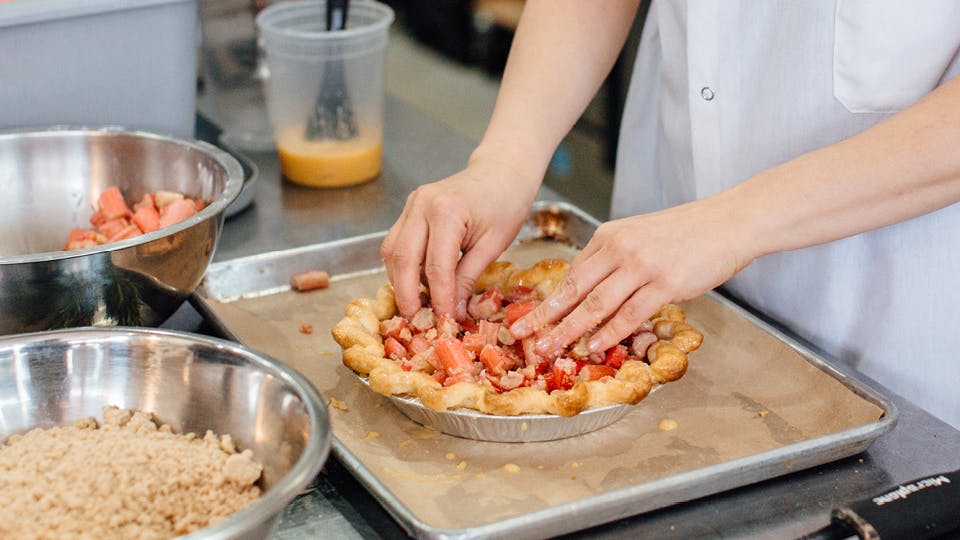 “We bake seasonally to honor the local agriculture of Michigan,” she says. “Michigan is the second most agriculturally diverse state in the whole country. Pie is such a wonderful way to celebrate that. Since it’s a special treat, we want to make sure that we do it justice.”

Doing local produce justice would be an understatement. Sister Pie has gained a following in the few short years they’ve had their own space. Everyone from Bon Appetít to the New York Times has hailed the shop as one of the many reasons outsiders should visit Detroit right now. Lisa was also named an Outstanding Baker semifinalist in the 2017 National James Beard Foundation Awards. 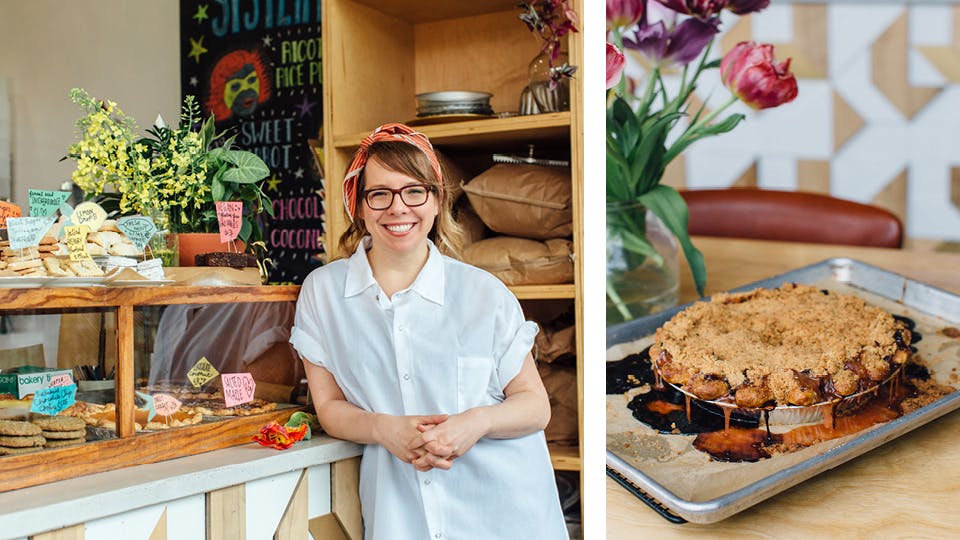 Lisa inside the bakery and the Rhubarb Rosemary Streusal Pie.

Growing up in Detroit suburbs and graduating college with a theatre degree, Lisa moved to New York and began pursuing acting as a career, but was “distracted by food.” She filmed a cooking show out of her apartment, merging her passions for theater and cooking, and uses the lessons learned on set in her business. “Sister Pie’s success takes more than just baking,” she says.

Lisa began to work at bakeries across the country, including stints at Four & Twenty Blackbirds and Momofuku Milk Bar in New York. After moving back to Michigan, her internship at Detroit's Avalon International Breads was most memorable and where she decided to open up her own shop in Detroit. “I had traveled to San Francisco and visited cooperative style bakeries and was inspired by businesses that had a triple bottom line. They focused on people, planet and profit and that’s how we’ve shaped our whole mission,” Lisa says. 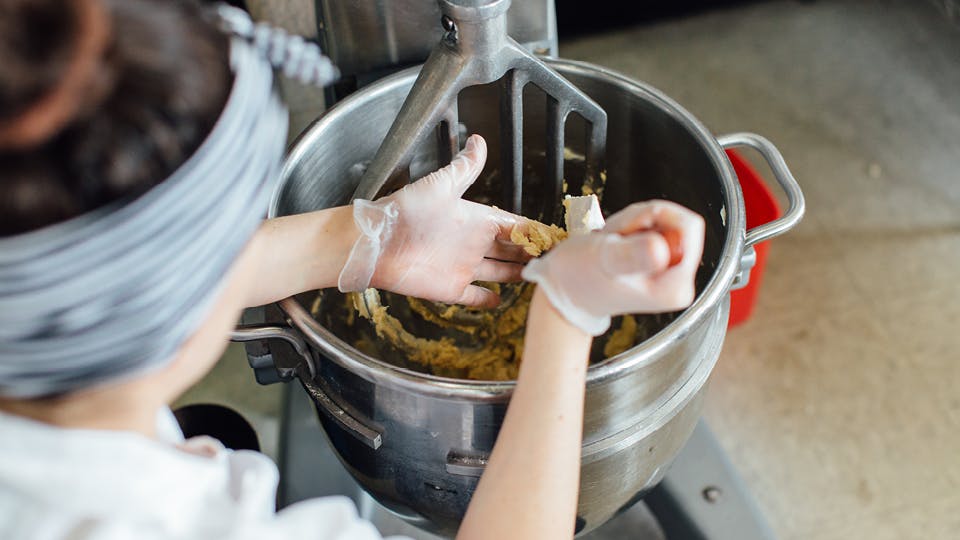 Sister Pie makes handmade pie dough for each and every pie.

“We’re very focused on making sure we are a positive player in our community and thinking about what we can do to serve our neighborhood,” Lisa says. “Any decision that we make, we ask ourselves — ‘Is this contributing to Sister Pie being more accessible and friendly?”

Lisa’s employees are more than just employees. Her vision is to see each of them learn as much as they can about baking and business, and be part of a team that feels like family. 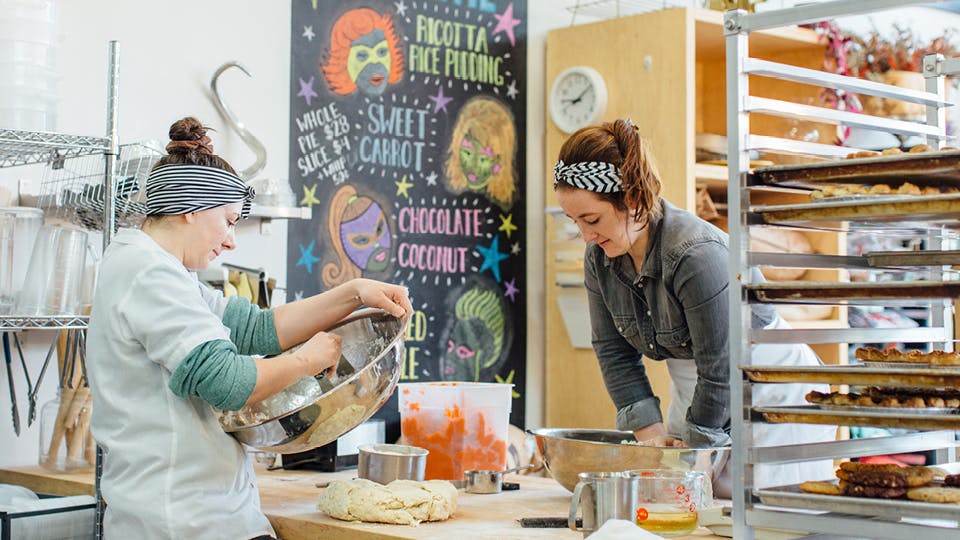 “We’re not looking to franchise or move out of state, we want to stay right here in the West Village and make sure that employees not only have really good benefits, but they have an opportunity to be part of a culture where there’s a lot of learning.”

As she navigates the business, Lisa keeps sustainable practices a priority. 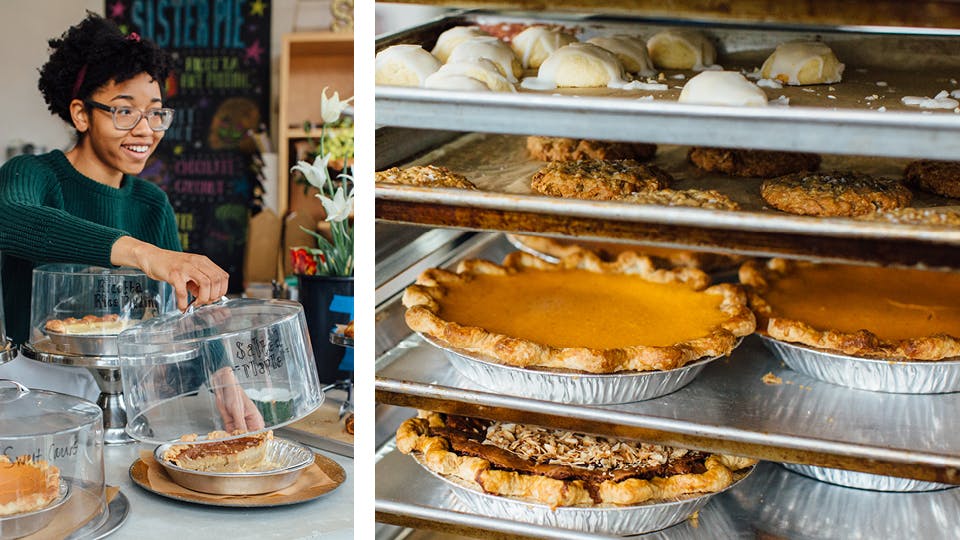 “Right now, all our coffee grounds and egg shells are going to a neighborhood garden and that garden has been bringing us back kale and other greens, and edible flowers,” she says. “The compost that we’re generating is actually giving us produce back. In the future, we want to expand these efforts.”

Sister Pie’s first cookbook is slated to be available in Fall 2018. You can find the Rhubarb Pie recipe she shared with us along with many others inside. 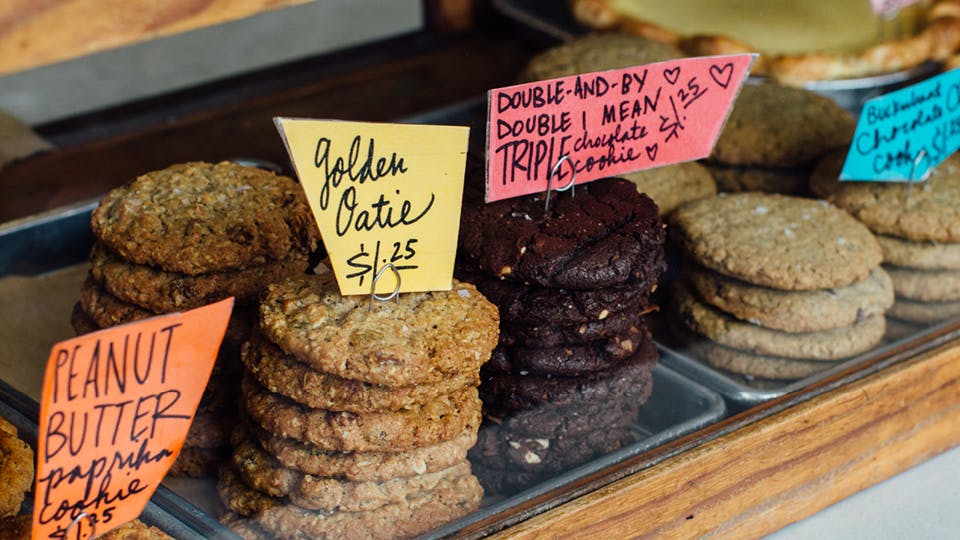 “The cookbook is not just about the recipes, it’s about telling the story of Sister Pie, who we are and what our mission is. It’s very fresh right now — this is the first five years of Sister Pie and I’m fully immersed in this life. It seemed like a good opportunity to write the cookbook because this business is everything that I live and breathe for.” 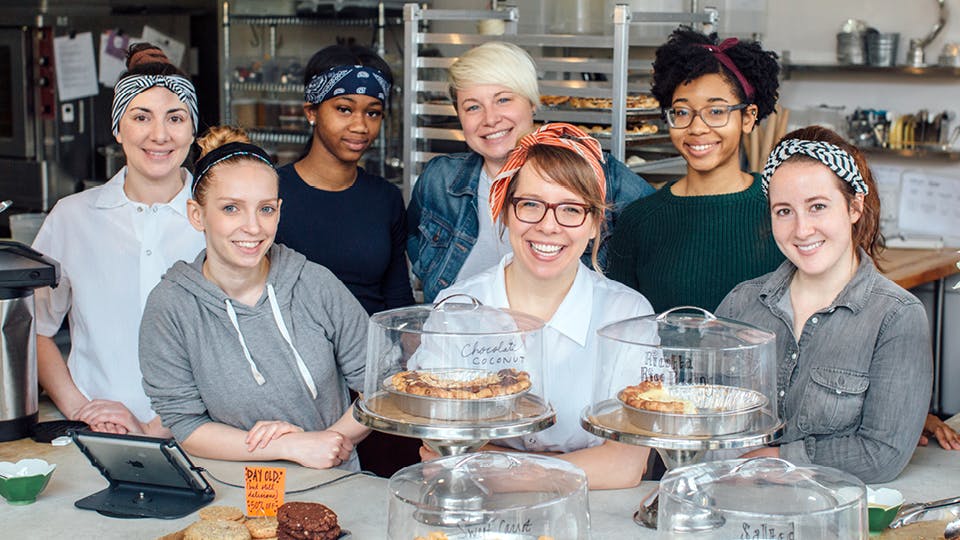 Sister Pie bakery treats can be found at the Detroit Shinola Café in our flagship store at 441 W. Canfield or at Sister Pie’s shop on Kercheval Street. 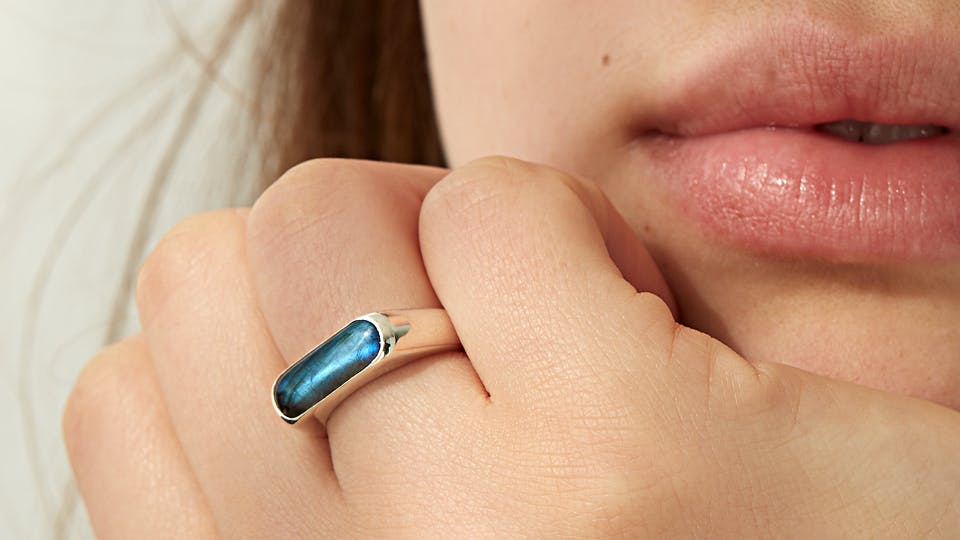