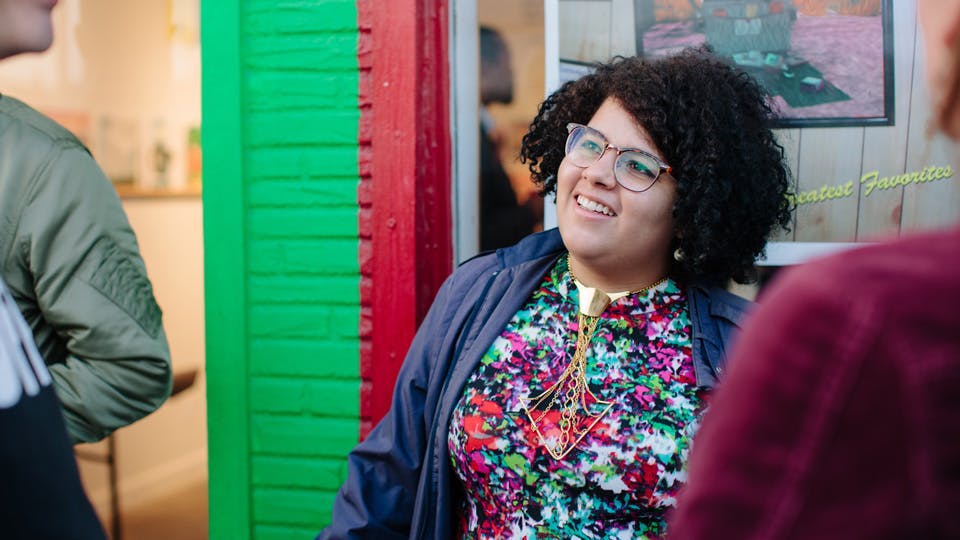 The Shinola TriBeCa store is hosting an evening of conversation about Detroit as literary inspiration with Angela Flourney, author of 'The Turner House', and Write A House recipient Casey Rocheteau next Monday, Dec. 14. Write A House is a Detroit-based organization that renovates homes and gives them to authors, journalists, poets, and all types of writers to bolster their vision of an emerging literary community. Find all event details at the end of this post.

We interviewed Rocheteau who is a poet that moved from New York to Detroit once she won the first Write A House home last November. Read the interview below. 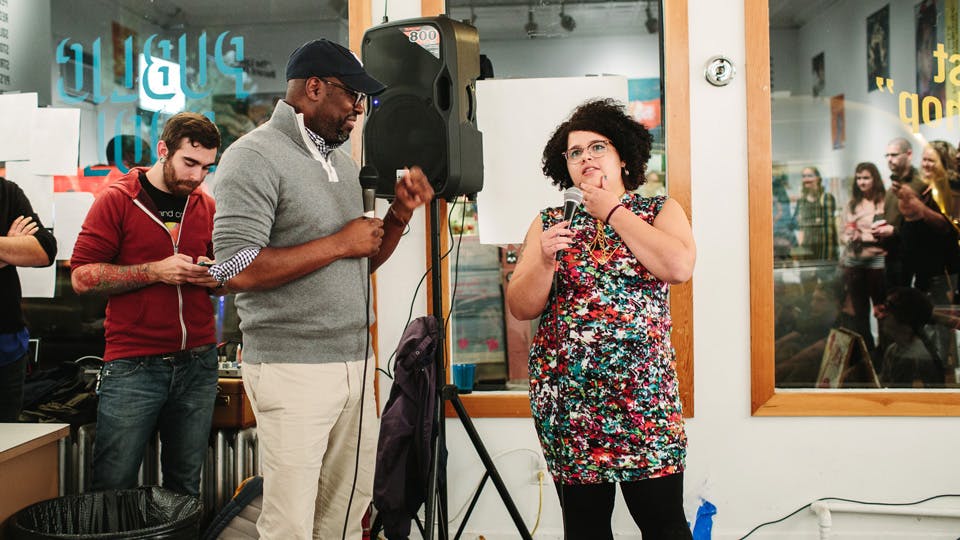 It’s been a little over a year since you moved into your house, does it finally feel like home?

Absolutely. The house feels like my house now that I've decorated and gotten settled. I know more of my neighbors; I've grown things in the garden. When I leave, most of the time I just wish I was back home.

What have you done to the house to make it feel like home?

I've painted all the doorframes gold. My kitchen is a deranged 1950s housewife pink, I've got an accent wall by the window in my dining area that's an homage to the punk band, Death from Detroit. 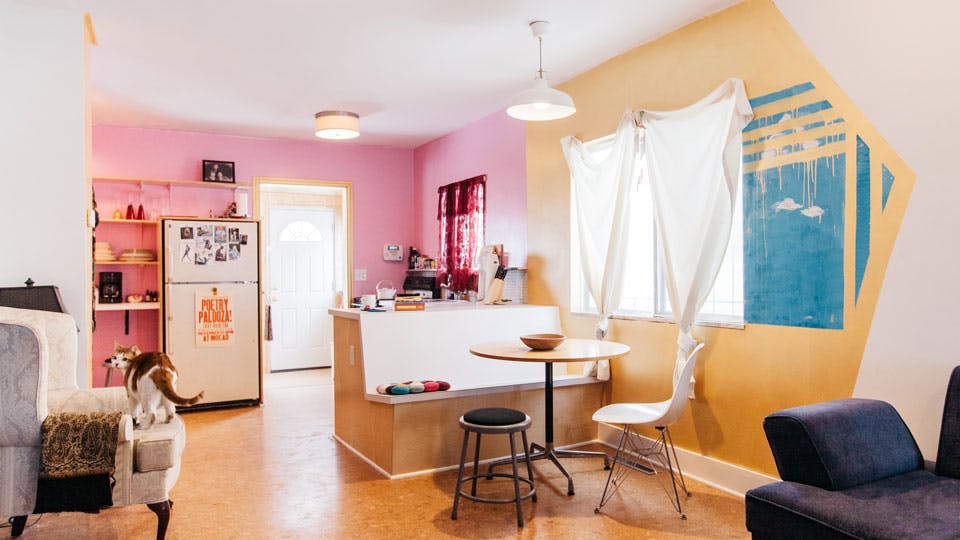 Photo by Michelle and Chris Gerard

What did you submit to land the Write A House?

I think 8-10 poems. When I looked back at the submission after I won, it was a wild bunch of poems. There was one in the voice of Nicki Minaj, one with Sun Ra chastising Gucci Mane, one about being in a psych ward. Overall they were poems influenced heavily by trap beats, pharmaceutical meds, and desire. I just figured that's what Billy Collins and Major Jackson would relate to.

What happens after you acquire a Write A House home?

You pay taxes and bills for two years, and as long as everything is in good standing after two years, the deed gets turned over to you and then it's yours for-ev-er.

Are you committed to staying in Detroit?

Yes. I don't really want to be anywhere else. The whole reason I applied to Write A House is because I saw an opportunity to take root and build a life somewhere. I couldn't do that in Brooklyn in terms of owning property and keeping sane. I had tried to do that in Boston in my early 20s and it did not work out. I love Detroit, and where I think other places maybe wore down on me after a while, I sincerely find more reasons to love Detroit every day. It's not perfect, and I think that's what I love about it most, because other places try to conceal imperfections, Detroiters are the trillest, they have a very low tolerance for BS, and that suits me, it feels comfortable.

What pushed you to apply to the Write A House opportunity in the first place?

I had just finished my MA in history at the New School in New York, and I was in a place of transition. I had heard about Wright A House but I was skeptical, like, "Is this a trick? Who do these people think they are?", but a friend of mine who is a Detroiter was on Facebook telling folks to apply. I figured the worst that could happen was I would win a house. I didn't expect to win, though.

Has moving to Detroit positively impacted your creativity/inspiration to write?

Of course, but I think in many ways it's encouraged me to build new projects. Two friends of mine from college and I developed a project called The Black Death Mixtape for the Allied Media Conference last year, and now they're both in Detroit, and we're expanding it as Black Survival Mixtape this year. I'm working with a team of women developing a writing retreat here in Detroit. All the while I have two new book projects I'm working on, both non-fiction, and I completely re-worked the manuscript for my second book of poetry which will be published this March on Sibling Rivalry Press.

When did you finish your book? When will it make it’s debut?

I finished The Dozen this summer. The manuscript was accepted a week before I found out about winning the house. This summer, I tore out half the poems, replaced them with new ones, and then added a whole new section to it. It should be out in mid-March 2016. It's mostly political/sociological. The idea is taking the dozens and instead of it being "yo mama" jokes, it's "yo country, yo political system, yo justice system so broke..."

When you visit home, how do you describe Detroit to others?

It depends on who I'm talking to. Some people will try to put me in a defensive position, and those are almost ubiquitously people who have never been to Detroit. More often than asking about Detroit, people will ask me how the house is, and my default position is, "It's still standing, I haven't broken it yet." Detroit I describe in broader terms, but usually I say that it's beautiful and complex, and that I'm fascinated by what it will be like in 15 years. 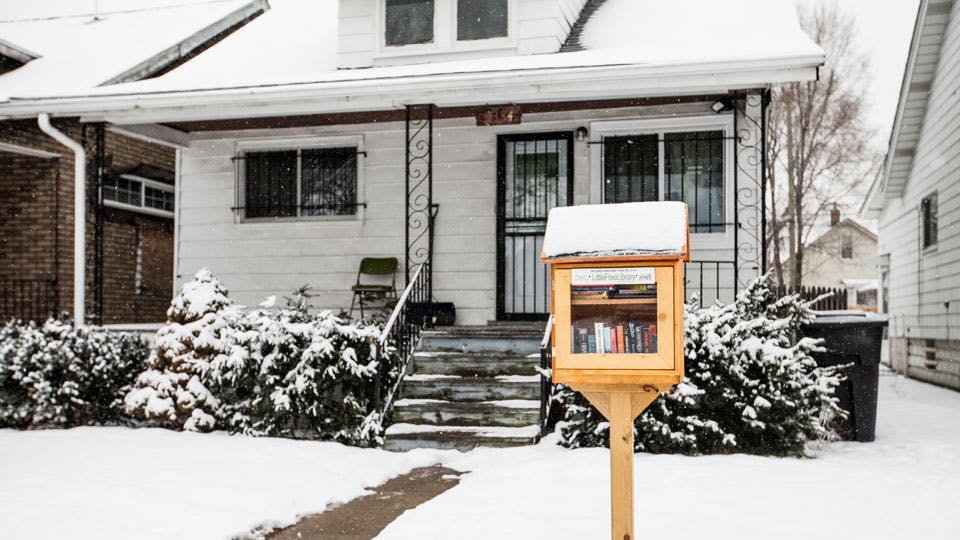 Photo by Michelle and Chris Gerard

Besides writing, what else are you passionate about?

Cooking (mostly baking), visual art, and teaching are three big ones. I think education is one of the key things that grants people opportunities in this country, and it's clear to me that Detroit's students have not been served well by emergency management overall. I am a Writer in Residence with InsideOut Literary Arts, and that means I work on creative writing in established ELA classrooms, and my students blow my mind on a regular basis with their talent and insight. I think that's part of what it means to take anchor, because even though this is my job, education is always something I have been passionate about, and I think Detroit's students deserve better than to be in classrooms of 30-50 students.

What do you plan to discuss at Monday’s event in New York?

I just want to ask Angela Flournoy about her book! It's really good. I think overall she and I will talk about what it means to write about Detroit, or write in Detroit. As someone who started out writing in a slam poetry scene, and has gone through years in academia, I am accustomed to public speaking, though not on this scale, per se. I've given lectures and been on panels previously, but this year I've given keynote speeches, spoken at a book fair — it's been pretty wild. 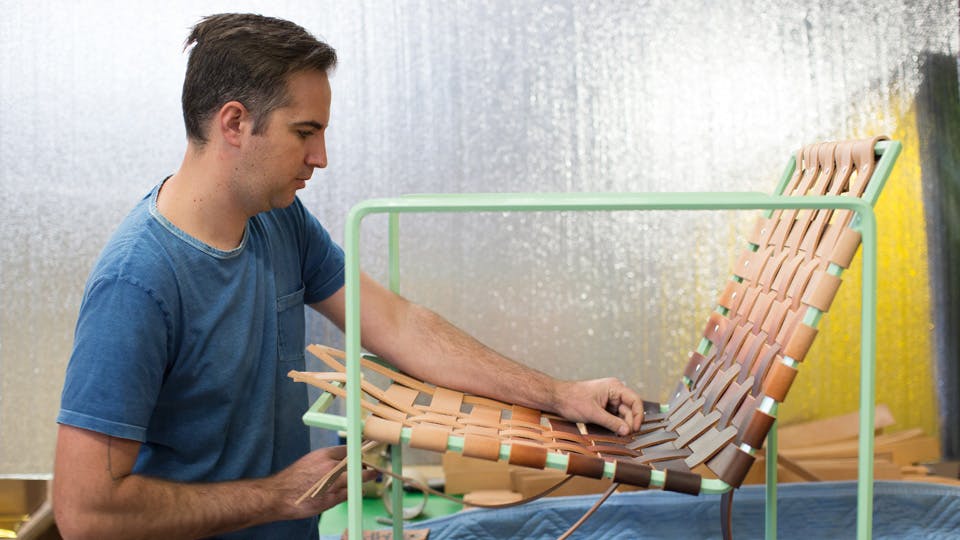