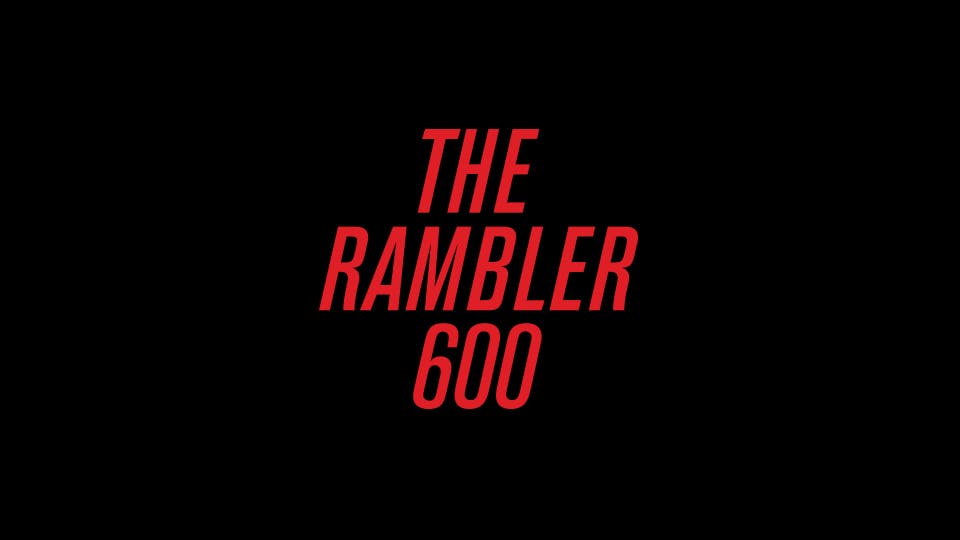 Craig Breedlove was the first man to break the 400, 500, and 600 mph land-speed records on wheels using turbo-jet powered vehicles he started building in the '60s. At almost 80 years old, he's now looking to build a new car that will break the 1000 mph record before the British do.

Our newest watch, The Rambler 600, was inspired by Craig Breedlove's dedication to speed, agility and aerodynamic design. This watch is our first solid titanium tachymetric timepiece — a tachymetric scale can be used to compute a speed based on travel time or measure distance based on speed.

We sat down with this living legend to hear about his life, inspirations, and what it's like to break the land speed record. 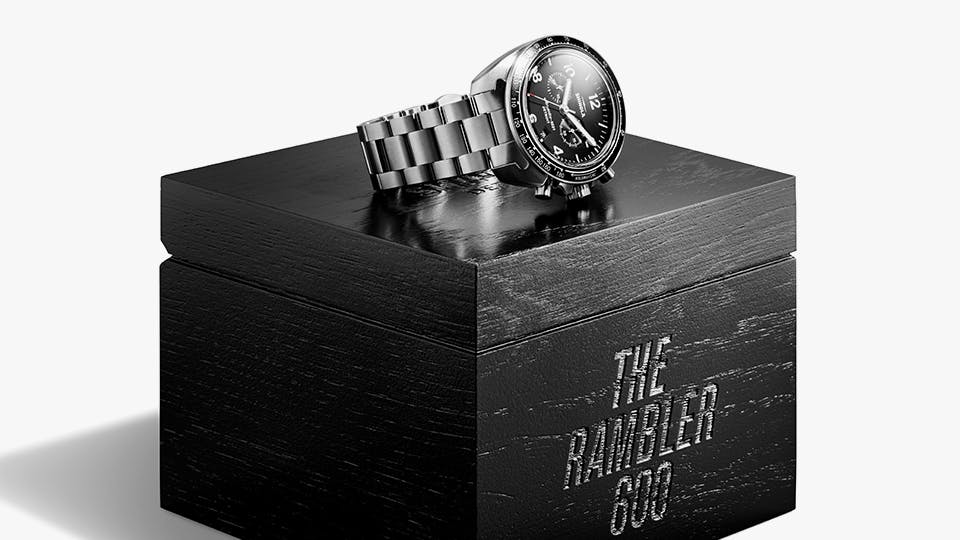 The Rambler 600 is equipped with both a chronograph stopwatch function and a bezel with a tachymetric scale to accurately measure speed.

Are you still trying to reach the 1,000 mph record, and if so, what is the status of that?

Breedlove: Yes. We are still working on a project to do that and we're basically still in a fundraising stage. The engineering on the car has moved past the preliminary computational fluid dynamics work, and we've done the computer analysis of the aerodynamics.

What's the fastest speed you've gone in one of your jet-powered vehicles? What is it like to go that fast?

Breedlove: The best run that I ever made was in 1997 at 675 mph, and the car was upset by a very harsh wind shear problem. We had a cross-wind with a weather front moving in, and it rolled the car over on its side at that speed. I was uninjured, but it's a very dangerous thing to do. The vehicles are experimental, of course, and you're more or less pioneering in development of these high speed cars.

There's not a long history of government research and engineering like there is in the aviation industry. Essentially, you're trying to run at supersonic speeds in ground effect. That's an area that really hasn't been explored before, so it is fraught with some discovery — some of it great and some of it not so great.

When did you break your first record?

Breedlove: The first record I broke was at Al Mirage dry lake in California in a supercharged 34 Ford Coup, which was my hot rod that I was working on in high school. I was interested in the aerodynamics of these vehicles, and I had built model airplanes and flew them in stunt contests prior to my interest in the hot rods.

What pushed you to keep going and set these historic speeds?

When President Kennedy gave his inaugural address and he made that statement, "Ask not what your country can do for you, ask what you can do for your country." We were in the process of building the first Spirit of America to try and return the world speed record to the United States. It had been an absence of 44 years since the United States had held that record at the time. We were motivated by John Kennedy, and we were at an impressionable age. It was our first year that we were old enough to vote, so we were interested in the politics and he was a very charismatic candidate for president. We thought bringing the world speed record back to the United States would be our only avenue that we could possibly contribute to what we could do for the country. 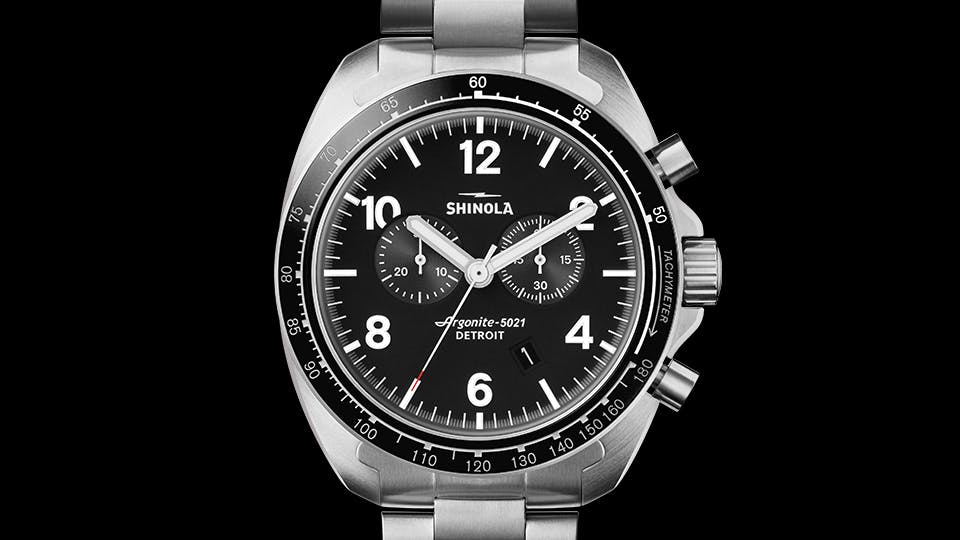 Tell us about the car you're trying to build that will break the 1,000 mph record.

Breedlove: It's been designed. I have a one-tenth scale model of it completed. We need to raise the funding to construct the car. The English are well along on the project to, do 1,000 miles an hour.  Essentially that's their stated goal, which has really raised the bar as far as the land speed record is concerned. The current record is 763 and it's currently held by Andy Green of Great Britain, and Richard Noble, who built the last car that Andy drove for England. He's building this new car called the Bloodhound and it's designed from their standpoint to do 1,000 miles an hour.

What I did was just take a look at the engineering problems that confronted us to do just that and came up with a design that I feel will be superior to what the English are doing. They're backed by the British government, the Royal Air Force and the army of Great Britain.

It's been a project that's been nine years in development, so we're kind of playing catch-up. I feel it's going to take us 24 months to build the car, finish the computational fluid dynamics study and get into construction. I have my own shop here in Rio Vista, California, so we have the facility to build the car.

In the beginning before you broke any records, how did you get access to a jet engine?

Breedlove: As hot rodders, we used to visit all of the war surplus outlets in California to get nuts and bolts, and various parts from airplanes that were in these facilities because they were being sold off surplus and it was cheap. We could get some pretty expensive hardware for good prices. Right at the end of the Korean War, there were a number of J47 jet engines that came on to the surplus market, and there was a company called Aeromotive on Alameda Boulevard in Los Angeles that had purchased about 400 of these engines surplus out of the Korean War.

I talked to the president of Aeromotive and they were scrapping them out and separating the various types of exotic metals that were in the jet engine, and selling the proceeds from that in scrap metal value. They estimated that they were getting about $500 worth of scrap metal out of each engine, and I have no idea what they paid for them surplus from the government, but in any case, I asked them if it would be possible for me to buy one at the scrap metal value, and they would not have to take it all apart.

They thought that was a good offer and agreed to sell me a J47 engine from Aeromotive Equipment, so that's how I acquired the first jet engine, which ended up in the first Spirit of America car.

Breedlove: I'm very pleased to work with Shinola, and I think timing is such an important part of the unlimited world speed record. This watch creates a nice connection and we'll see what the future brings. I'm very happy to do this initial project and look forward to a nice future with Shinola. 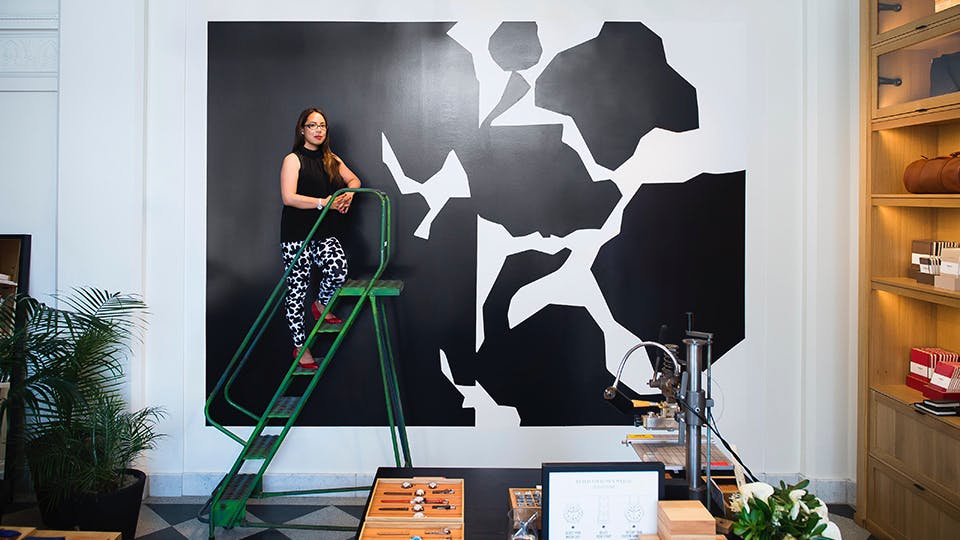