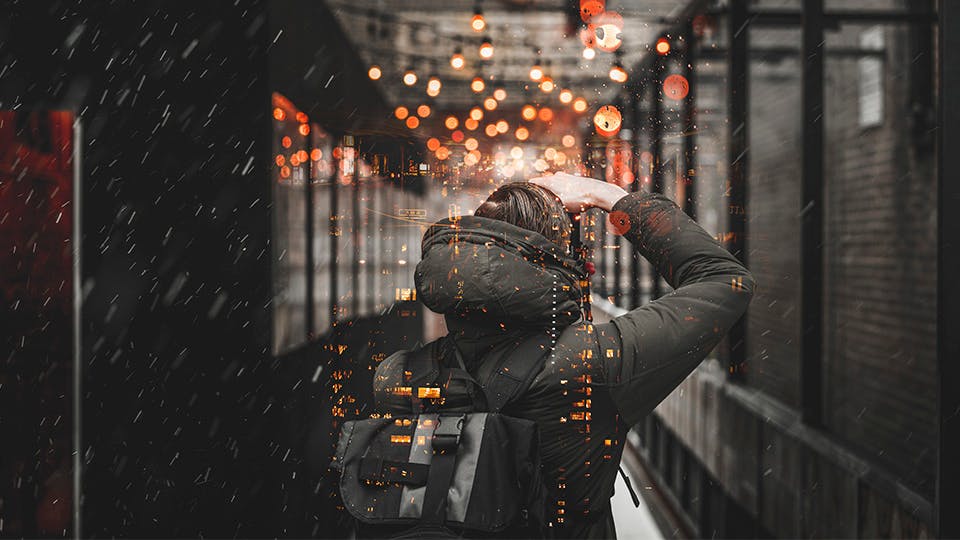 Taking the road less traveled isn't always the easiest decision, but judging from the life Chuck Anderson has made for himself at just 30 years old, you might want to reconsider jumping on the bandwagon and carve your own path to success — especially if it means doing something you love. This photographer, designer, artist and creative director started his company NoPattern at just 18 years old when he decided to take a year off after high school graduation instead of going to college. This risky decision paid off to say the least...

Today Chuck's company NoPattern is still going strong and he also works as creative director of design for Havas Worldwide, a position he's had for one year now.

Join us in Chicago this Saturday from 6-8:30 p.m. for the second event in our partnership with Detroit-based barbershop The Social Club's Shop Talk series inside Havas' Annex space (1620 West Chicago) where you'll be able to hear Chuck Anderson speak alongside Havas' Chief Creative Officer Jason Peterson.

Even if you can't make it to Chicago, read more about Chuck's story in our interview with him below. 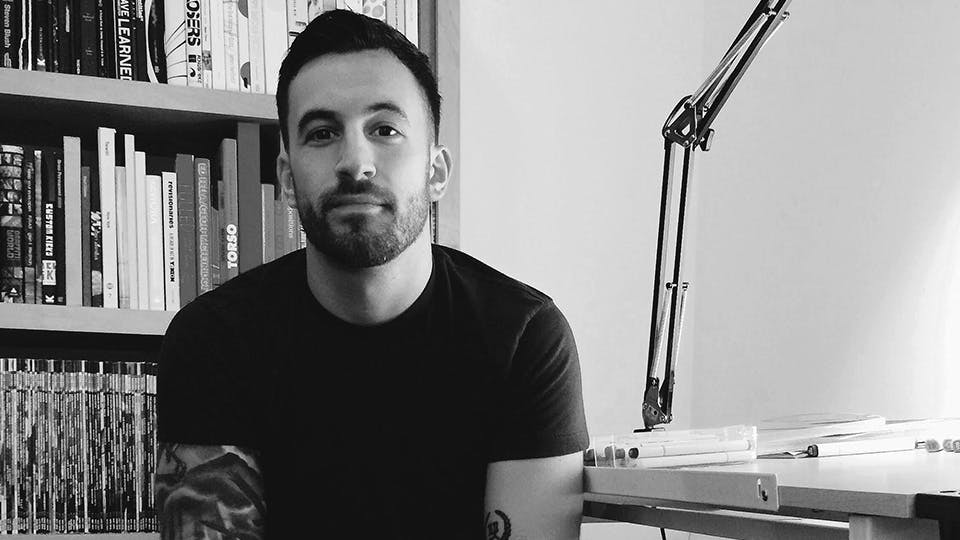 Would you ever recommend someone take a year off like you did?

I don’t ever suggest to anybody that they should not go to college, I speak at a lot of colleges and schools myself and that’s the last piece of advice I have for anybody. It's hard for me to give that year off as a piece of advice to anyone only because it was very much an accident how everything happened the way it did. The main reason of taking a year off after high school was at the time I didn’t have money for college and my parents didn’t have money for me for college, so in my mind I just thought I’m not exactly sure what I want to do. My mom didn’t finish college and my dad did but he didn’t love it, so it was never really pushed on me and they were super supportive of whatever I wanted to do.

I think that year off was just a chance for me to figure things out, save some money, decide what I really wanted to do and in that year so many things started happening.

Better advice would be, if for some reason you're thinking about not going to school, that’s ok. My story kind of affirms the idea for people that think they don’t need it, but I never suggest that they don’t go because it's still risky.

I took a job at Threadless in Chicago when they were very small. Now they’re a huge company, but at the time there were only five people. I basically reached out to see if they wanted help with anything around the office and they told me they could use help packing t-shirts, so I went in there to really just be around those guys. Then I would go home at night and keep doing my own work, and meeting people, and sending lots of emails out introducing myself and just trying to get the word out. I figured I’m not in school, so I might as well bust my ass to get some fun side projects.

What pushed you to keep going and carve your own path of being a self-employed, self-taught designer?

I think it was all sort of blissful ignorance, I mean I was 18. I think now in 2016, 12 years later it sounds kind of sexy and glamourous to not go to school and start your own business, kind of like the stories of social media platforms being started by two guys in a garage, that kind of thing. A lot of times those people really did set out to build something big, but I didn’t do that. I just did what I knew I loved, and I knew I loved working with images and making things in Photoshop. It was kind of a naïve sense of, 'Hey, I bet someone might want to hire me.' I was really driven to do what I loved for a living and I wasn’t thinking, ‘Oh, I’m going to start a business,’ it was more like, 'I love this magazine, I wonder if I contact the art director if they would hire me?'

I also remember having my art teachers in high school who were very supportive of me, and when I told them I wasn’t going to go to college they were perplexed and told me I was throwing my talents away. I felt a very big sense of trying to prove people wrong. It was never my parents, it was just always people around me that would tell me I’d probably have to go back to school and probably have to follow what their idea of successful was.

Jason Peterson, who I'm speaking with on Saturday, had everything to do with it. I wasn’t looking for a job, and that’s the funny thing is I was not actively seeking a job. Things weren’t the busiest they’d ever been, but I was ok. Then I met Jason and we really connected over photography and music. He hired me to do some freelance for a few things at Havas and a month after doing all that, I got a call asking if I’d be interested in doing something full-time. I’ll never just say no, so I was open to having the conversation about it. Jason basically explained to me how he envisioned a creative director role for me here, which had a lot to do with mentoring young designers which is really something I'm passionate about, but also I love that I can still be my own person and do my own work and not have to worry about someone breathing down my neck if I'm not working on something Havas-related. I hadn’t really tried anything truly new in a while, so I thought, 'Well, I’m 30 now, I'm not 20 anymore and maybe its time to think about something that’s a little more longterm.'

What are some topics you'll be speaking about on Saturday?

What I share when I speak is really how I got work, the fact that you should use the internet to your advantage, and know that it's easier than ever before to connect with people and find contact information to get in touch with people. I share a lot of my work when I speak and I talk about the story behind it and share how it came to be.

My role at Havas is part of a new wave of employees in this new office space where Saturday's event is taking place called The Annex and that’s really exciting. It's a brand new office that they opened and we're handling new business, really exciting stuff that typically a big agency wouldn’t work on. They are giving us a chance to work on stuff that might seem smaller, but it's still really important and significant like a lot of social media stuff that normally other agencies wouldn’t touch because its not big enough, but I think Jason really sees the value in those things as being really important for the future and its been great for me. We'll talk more about this on Saturday. 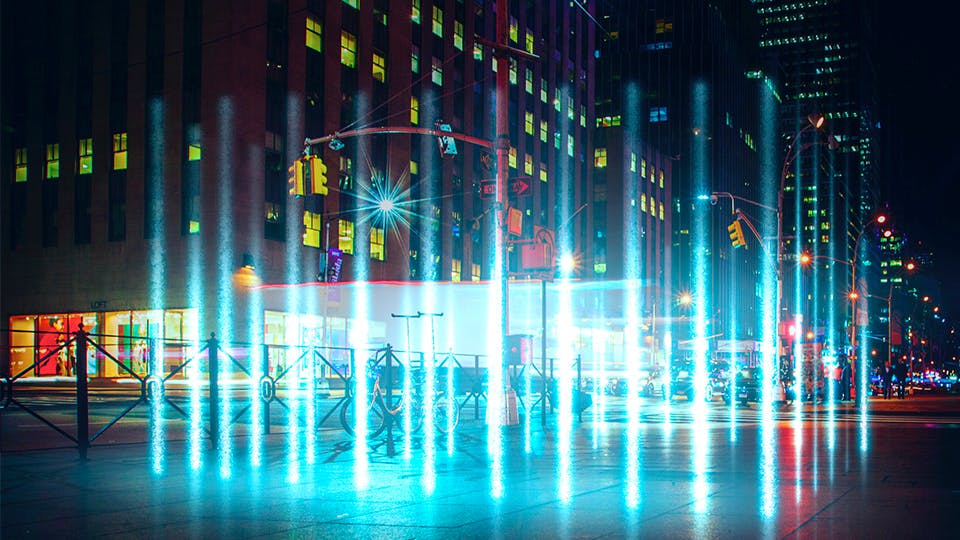 Are you content with your career and where you're at creatively right now?

I would say I am, and I am not. I’m very happy with the arrangement of being able to do my own thing, but also be part of the Havas team and for the first time being part of something more than myself. Working with a team on new business pitches, and traveling for work and doing all of these things for the first time at age 30 when a lot of people work in an agency the first time when they get out of college. I’ve already got 12 years of experience behind me and now I’m starting to see what its like to work in a company, so I really enjoy all that. I’ve been at Havas for a year now and I’m loving the experience of being at Havas and all the people here.

Where I’m not content is more with myself, with my personal stuff. For example I’ve been really bad at updating my personal website and keeping a fresh look on what I put out there, and that makes me very anxious because it’s always hovering in the back of my mind and I’m always hard on myself. Whereas when I was 18 years old I didn’t think so much, and I think now that I’m 30 I feel like I overthink everything and it can get in the way of getting things done. I’m trying to work on that.

Where is your favorite place to zone out and get inspired?

I wouldn’t say it's any location in terms of travel and I don’t mean this to sound really artsy fartsy, but it's really just certain frames of mind that I try and get to. It's all about mindset. That sense of finishing a project and accomplishing something and then going home and hanging out with my wife or going out with my brother and having a beer, or going to a coffee shop, and really just enjoying the search for that down moment. It can be any place, I've gone on vacations that have been very stressful for whatever reason, but some of the best moments are where I feel very relaxed enough to settle down. This happens when I've gotten myself there mentally and then I can really go anywhere. 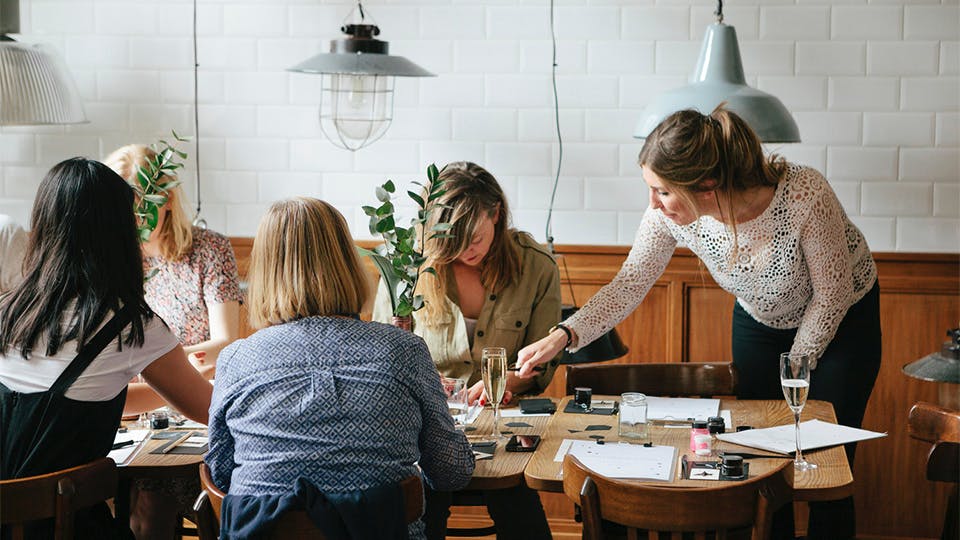