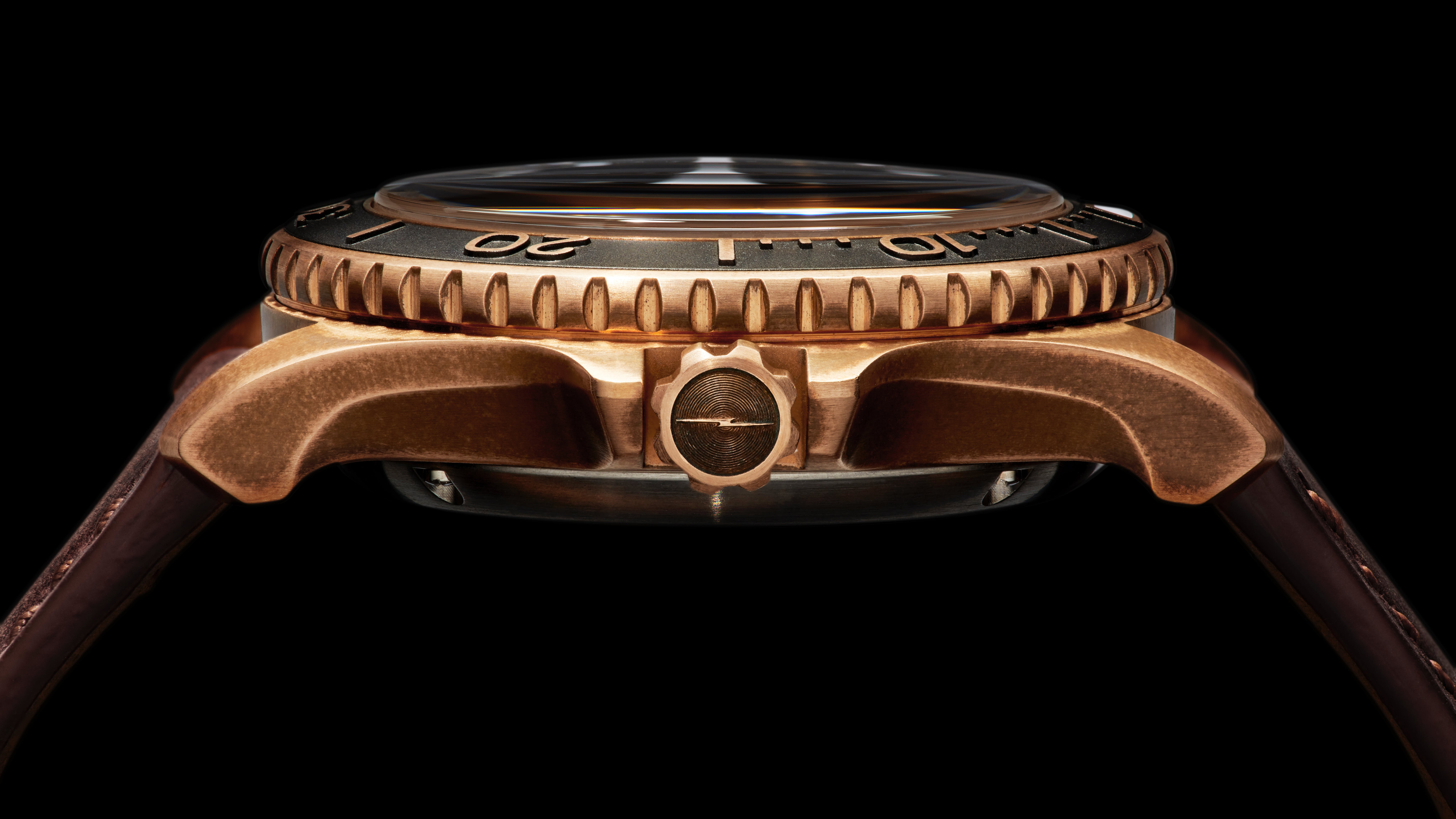 Let’s set the scene: Detroit, February of 1920, one month after Prohibition was established nationwide.

It’s snowing hard, but you’re on a mission to get a stiff drink.

“Joe sent me,”1 you say as you rap on the door of a blind pig in Cadillac Square, dismissing the worry that cops may bust up the joint. After all, the owner’s cousin is a cop and rumor has it he is not shy about giving a heads-up if any of his work buddies are headed in the direction of one of his favorite establishments.

It works, you’re in—and a Gin Rickey appears in your hand faster than you can say, “hotsy-totsy.”

As Malcolm Bingay, a local journalist of the time, put it in Detroit Is My Own Home Town, “It was absolutely impossible to get a drink in Detroit unless you walked at least ten feet and told the busy bartender what you wanted in a voice loud enough for him to hear you above the uproar.”2

It may seem like the dry plague had just crept through the city in the 20s. But the fact is, by the time the Volstead Act went into effect, enforcing nationwide Prohibition, the people of Detroit were seasoned professionals when it came to sneaking contraband over borders. Michigan’s statewide prohibition began in 1917 with the Damon Act, and within hours, bootlegging operations were well underway.

Smugglers devised creative and highly sophisticated and effective ways to sneak alcohol into the state. They often traveled the short distance across the Ohio border to “visit a sick relative” down in Toledo. They transported liquor hidden under their coats in false breasts or hot water bottles hanging on a belt. Loaves of bread were carved out to store bottles of whiskey, and hidden compartments in cars, busses and trains were created to hide cases of illegal alcohol.3 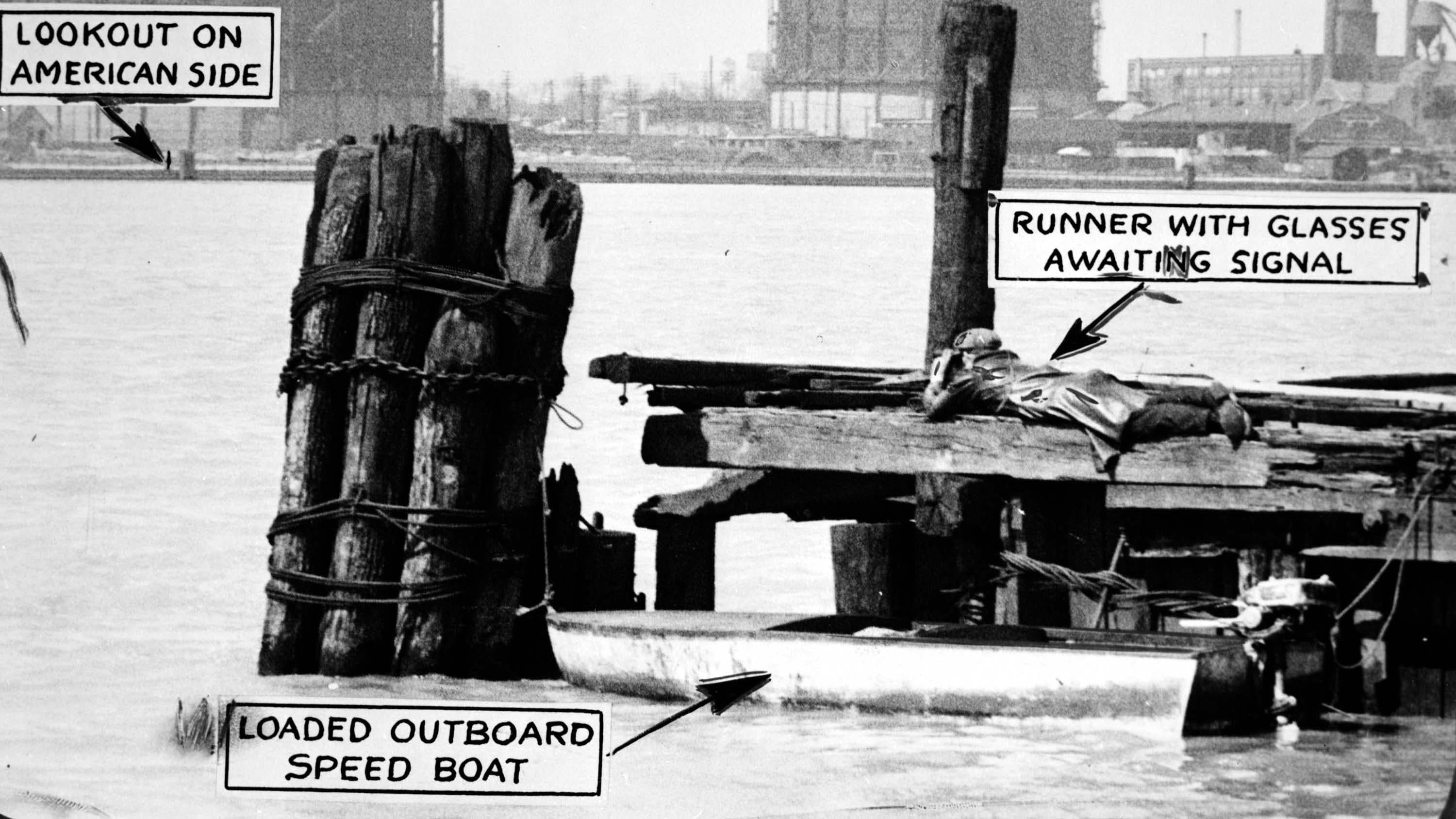 A rumrunner lies in wait on a dock in Sandwich, Ontario for the signal that it is clear to bring alcohol across the Detroit River to a landing plot on 17th Street. (Courtesy of Walter P. Reuther Library, Archives of Labor and Urban Affairs, Wayne State University.)

The Art Of The Smuggle

When nationwide Prohibition started, Detroiters were already expert smugglers and their ingenuity was just warming up. Now that Ohio was also dry, Detroit looked overseas for their supply—or, over the river, rather. Detroit was perfectly positioned for smuggling, being situated right on the Detroit River and just about a mile away from Canada—not to mention the extensive Michigan-Ontario waterway, which included Lake St. Clair, Lake Erie, Lake Huron and the St. Mary’s River.

A new group of rumrunners emerged as fishermen and pleasure boaters, with great familiarity of the waterways, joined the ranks of smugglers along the “Windsor-Detroit Funnel.” At first, smuggling expeditions took place at night to avoid detection, but once rumrunners started using powerboats, people crossed the river at all hours of the day.

The winter didn’t hold them back, either. Smugglers drove their jalopies across the frozen-over lake and river, dragging sleds of liquor. Ice boats replaced jalopies and could outrun the police more easily. It was difficult work, but the profits were worth it. Detroit was proving itself a city of ingenuity when people, yet again, started developing underwater crossings, partially submerged houseboats and even a pipe underneath the Detroit River that connected a Windsor distillery outlet to a bottling plant in Detroit—the liquor flowed straight from the Canadian distillery to the Detroit bottle.

Even the dead weren’t off limits. Caskets and hearses made for a great place to hide rum, with or without a body.

It’s hard to determine how much was smuggled into Detroit, but by 1929, rumrunning was Detroit’s second-most thriving industry, netting roughly $215 million per year.4 Detroit also produced its own beer and liquor in illegal distilleries around Metro Detroit, and speakeasies were easy to find in the city. Despite police efforts (and often lack thereof), alcohol flowed in and out of the state, and it’s estimated that Detroit supplied 75% of the country’s illegal alcohol trade.5 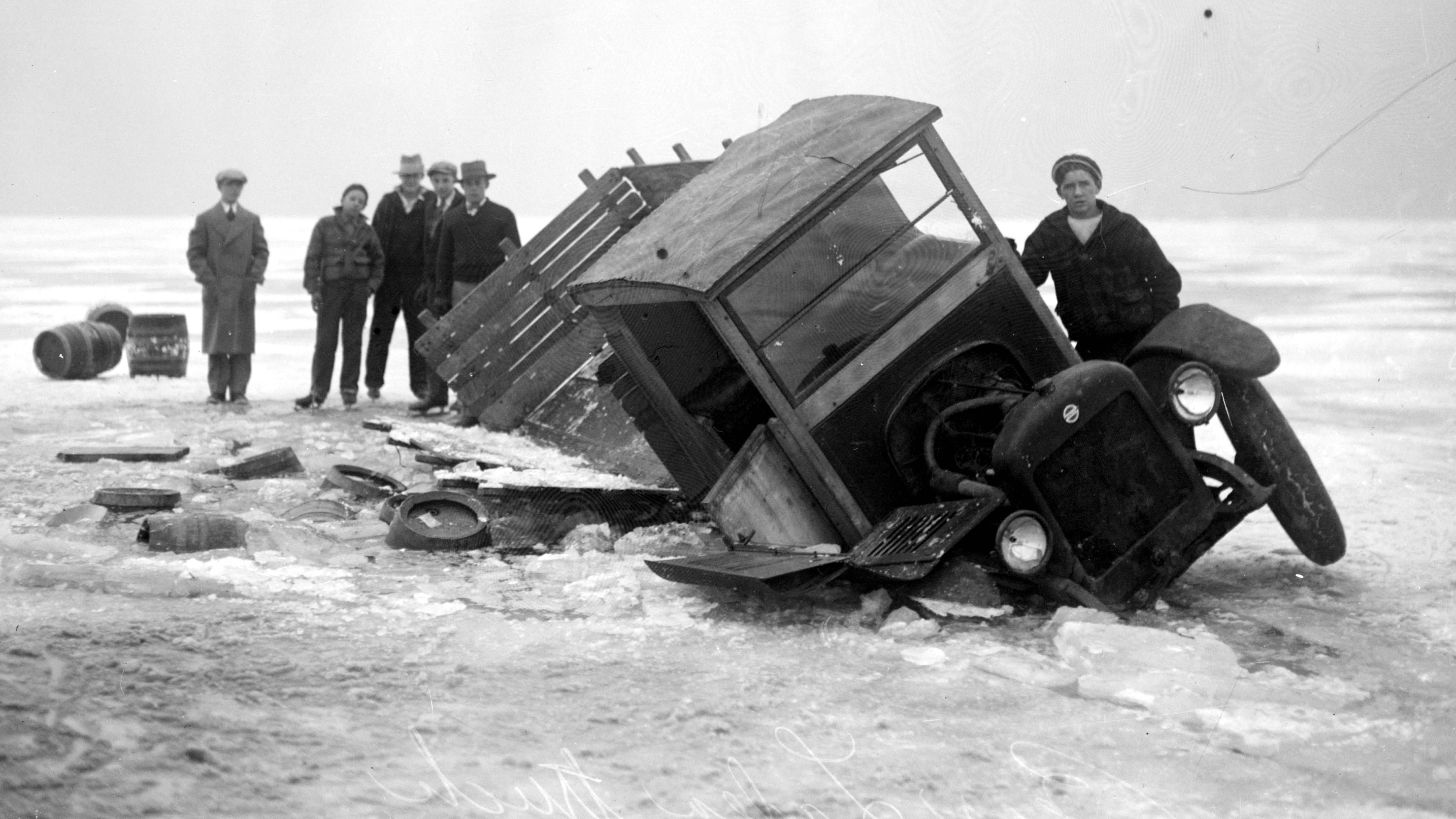 Prohibition + America: It Wasn’t Meant To Be

Rumrunning was soon dominated by gangs, and corruption made it easy for smugglers to keep smuggling and speakeasies to keep serving. After a decade of Prohibition, the police still couldn’t figure out how to curb smuggling because rumrunning operations were so sophisticated. It didn’t help that drinking was publicly accepted. Drinking habits hadn’t changed and it became clear they wouldn’t.

December 5, 1933 marked the end of Prohibition when the Twenty-First Amendment repealed the Eighteenth Amendment.6

Michigan was the first state to ratify. 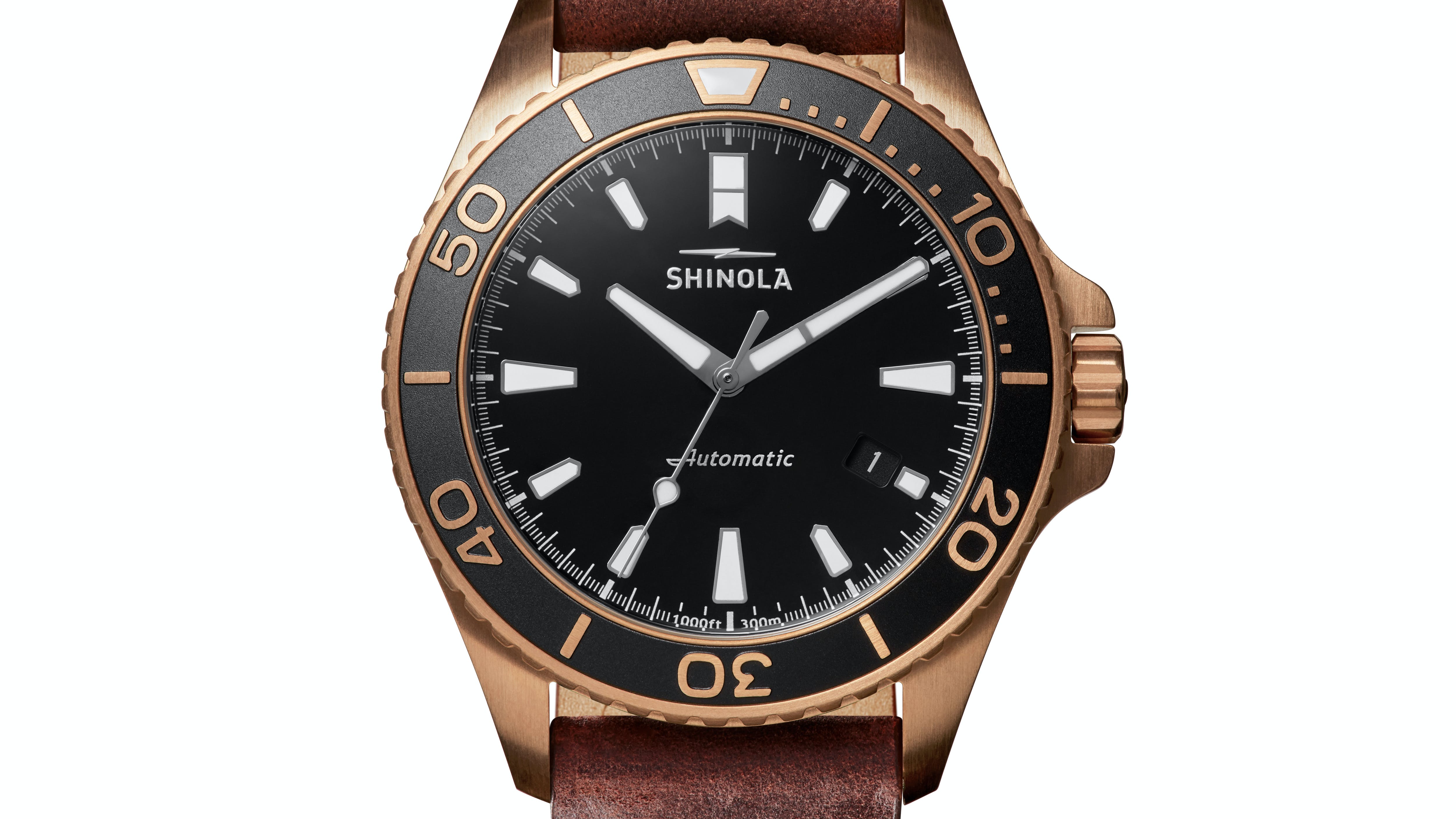 The Kingpin Of Your Collection

The Bronze Monster is a special-edition automatic timepiece that features a bronze case with a stainless steel caseback plate. Bronze is known to tarnish, creating a rich patina over time. A glossy black dial is punctuated with Super-LumiNova indices, a calendar aperture and a diver-down flag as the 12 o’clock marker. The gift set also includes two straps: a quick-release leather strap in teak and a khaki G10 nylon strap.

1. “Joe sent me” was a common expression used during Prohibition to gain access to a speakeasy according to Philip P. Mason, Rumrunning and the Roaring Twenties: Prohibition on the Michigan-Ontario Waterway (Detroit: Wayne State University Press, 1995), 73.

3. For an account on smuggling ingenuity see Mason, Rumrunning and the Roaring Twenties.

5. Mason, Rumrunning and the Roaring Twenties, 39.

6. Mason, Rumrunning and the Roaring Twenties, 150.