Q & A with WorkOf for our Holiday Ornament Series 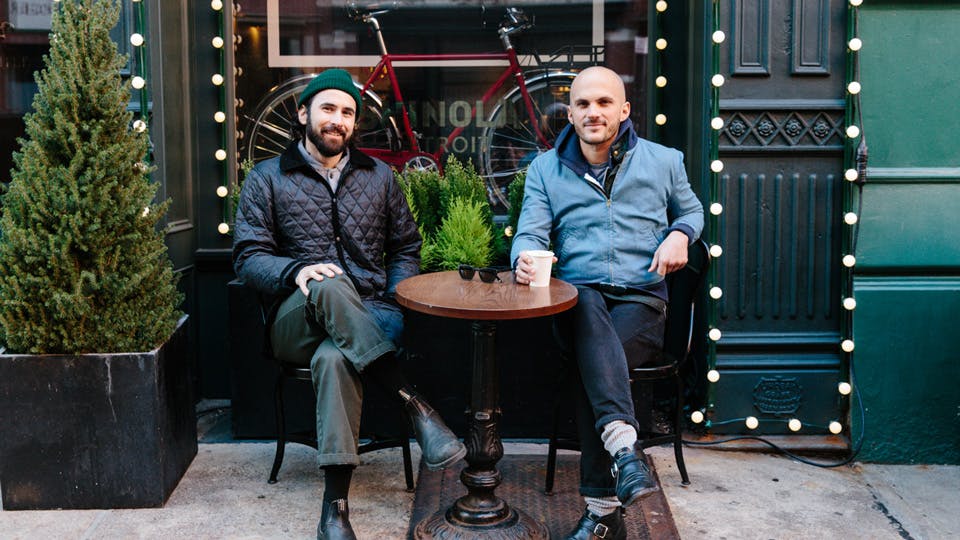 With a shared commitment to American manufacturing and a mutual passion for supporting independent designers, a collaboration between Shinola and WorkOf is a natural fit. WorkOf is a marketplace for original furniture, lighting, and decor from independent, local makers. We’ve joined forces again this December for our second annual Holiday Ornament Series. Pieces are now being sold on Paddle8's online auction from December 3 - 17, and in select stores.

Over 30 of the country's most talented makers and designers have each created one-of-a-kind decorative objects for this special collaboration. Proceeds will benefit MOCAD, The Museum of Contemporary Art Detroit.

We interviewed WorkOf Founder Charlie Miner and Creative Director Isaac Friedman-Heiman to learn more about the the New York startup and their big plans for growing the community where design lives. 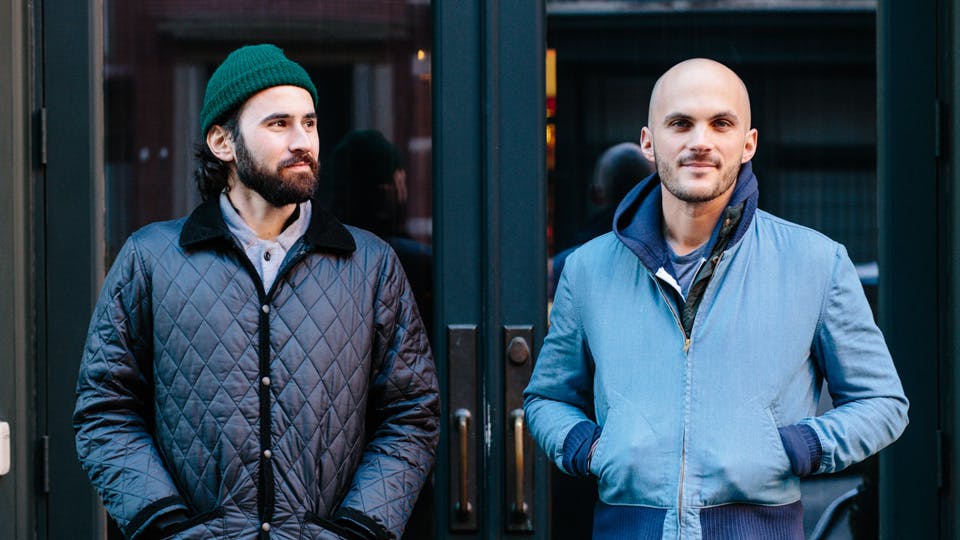 WorkOf has evolved considerably since its launch in 2013. What was its founding philosophy—and has it changed?

Miner: One of my biggest influences starting out was my uncle, Tucker Robbins, who’s a furniture designer in New York. I grew up watching him work and build his brand. As I got older and started walking design shows in Brooklyn, I realized I wanted to give the next generation of designers a better chance to reach consumers—and also give them an opportunity to come together as a community outside of events like trade shows. Interestingly, even though the company has changed quite a bit in the two years since then, that same idea is still very much at our core. To this day, it guides everything we do. And I think it always will.

At what point did you enter the picture, Isaac?

Friedman-Heiman: When we first met, I was a founder and designer at Souda, one of the companies that Charlie was courting to join WorkOf in it’s earliest days. I completely understood where he was coming from. I really believed in what WorkOf represented. You go to some of these trade shows and you feel the energy from all of this amazing work—and then you think, Wow, this all lives at the Javits Center. It’s so unfortunate. When I left Souda and joined WorkOf, it was really about trying to grow and simultaneously curate the space to be somewhere people would be excited to visit and be a part of. Right now, I’m focused on trying to find the right design studios to work with, people who naturally fit our framework.

What are you looking for when you meet new artists and designers, specifically?

Friedman-Heiman: Stylistically, it doesn’t matter to me whether your aesthetic is woodsy or angular or minimal or whatever. We don’t want to fit people into boxes. What we’re looking for in a brand is much more about ideology. We’re looking for people who are pushing design forward through a contemporary lens, in whatever way is most meaningful to them.

In many cases it’s equally as important to discern that these are businesses built to scale, by people who are full time entrepreneurs and owners, not hobbyists.

That’s why my background is so important at this stage—because finding the right studios to work with is critical as we continue to seed this early, but growing, community. 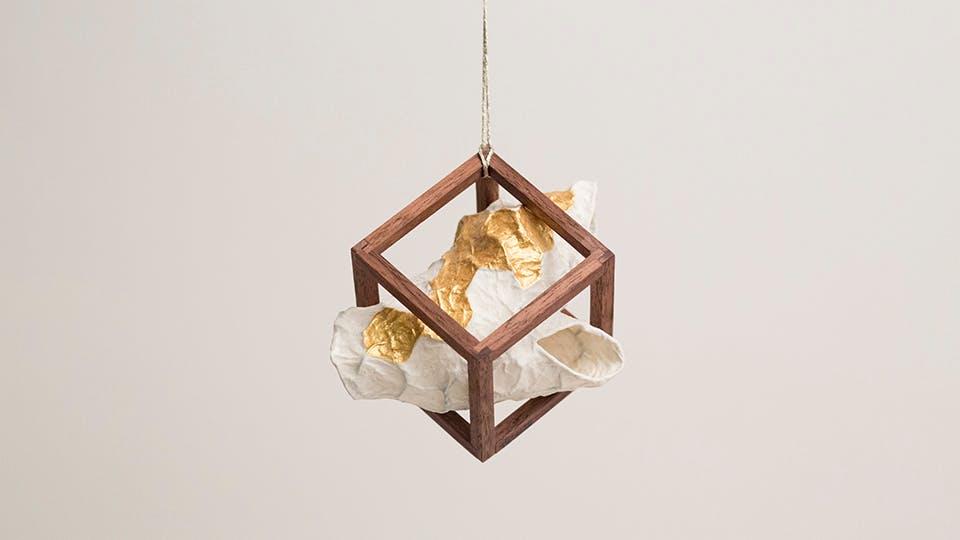 What are some of the challenges of differentiating WorkOf from other online marketplaces that—from the outside—seem similar?

Miner: Communicating with design studios, it’s always been really easy to relay a strong, clear message: We really care, and we are here to work with you. The challenge is on the other side—how do we communicate our goals clearly to a consumer? It’s a big, important message that you’re ultimately trying to condense into an elevator pitch or the span of a moment’s attention—that’s really difficult.

Friedman-Heiman: Sometimes people say, “Oh, you’re like Etsy for high-end furniture.” And that version of a marketplace is so far from what we aspire to be. More than anything, we’re a design destination. You can come to WorkOf and really experience the products and the designers who are producing them. You can access what we feel is important in our community at any given moment. One of our biggest challenges is balancing all of the different arms of WorkOf and figuring out how to stay true to our core values as we continue to grow.

In your opinion, what compels the artists and designers you work with to stay on WorkOf?

Friedman-Heiman: Working at Souda, I remember the pitch lines we’d get from different eCommerce platforms. It was always something like, “We really want to get your products on our site.” Which is as surface level as it gets. We thought, Yeah, but what else? To me, the value of WorkOf is in its content, its storytelling, and the fact that we understand the logistics of how companies like these work. It’s about providing real infrastructure, bringing together a community of professional designers and creating lots of meaningful opportunities for them. That’s a very different core value than, “We want your stuff on our site.”

Miner: There’s an authenticity here that’s very hard to replicate. Also, in much the same way that these designers are figuring out how to grow and evolve, we are, too. We’re all maturing together. Another thing is, we’ve been actively rolling out content that highlights specific cities and regions—when people see stories emerge about their own communities, they want to be a part of the conversation. 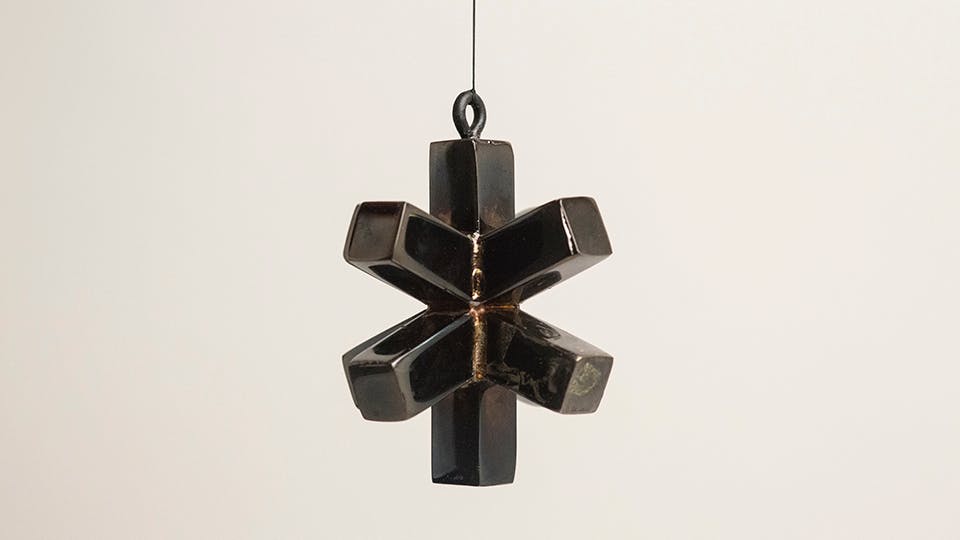 In how many cities has WorkOf launched so far?

Friedman-Heiman: Quite a few. New York, LA, San Francisco, Chicago, Indianapolis and Ohio, with Portland and Seattle coming soon. Thus far, we’ve really concentrated on the coasts. There’s so much to work with in the bigger cities, but in the meantime, the middle has filled out very organically. Again, I think the storytelling aspect has a lot to do with that. People see what we’re doing and they get in touch to say, “I do this, too.”  These are real communities that exist—everyone knows their products and processes and brands are distinguished enough that the market share is large enough for everyone to get a piece. It’s not competitive in the way you might expect. Seeing everyone together in one place, to me, is such a powerful message.

WorkOf launched at a time when many of these communities were just beginning to gain traction. What role has timing played in the success of WorkOf?

Miner: It’s not a coincidence that when I walked the independent Brooklyn design shows in 2013, the work was as good as it was. There was a real, legitimate movement happening—and there still is—where people are leaving their traditional, 9-5 jobs and starting their own companies. That’s a lot of the reason why there’s more out there in terms of interesting design right now—and there’s much more attention being paid to young designers in America than there ever has been. That attention is also a reflection of the growing quality and maturity of the work itself.

Isaac always makes the point that up until recently, the design focus in America has been very centered on mid-century. The designers on WorkOf are part of a new generation of design that it’s defining its own movement. Not only that, many of them are running businesses at scale, employing people locally, and activating manufacturing networks across their communities. They represent a new era of American manufacturing, and that’s a really special thing to be a part of.

Friedman-Heiman: Ultimately, that sort of intimate relationship with the products they’re creating gives way to much more intuitive design, too—and, it imbues the objects with a value and an energy that I think is often desperately missing from things that are mass-produced.

Looking forward, what excites you most about the future?

Miner: Bringing the products we feature on WorkOf into the real world. Giving people the opportunity to engage with these things in person, and to really experience them. WantedDesign is another incredible partner of ours. They are doing really interesting things in the event space, taking a very non-traditional approach to trade shows and helping us bring these products offline in impactful ways.

Another exciting development for the company is that we’ve been selling more products directly to large real-estate developers for commercial jobs and startup offices. It’s really amazing to know that we can meet the pricing and lead time demands of larger contract clients while also delivering a higher quality product and supporting local manufacturing networks.

At the end of the day, the brand itself is so young and so flexible. It’s fun to think about what might be possible and all the ways we can continue to help the community grow their businesses.

The best part is, the feedback from the designers has been overwhelmingly positive. So much so that it’s literally changed my life in the best way imaginable. Three of the designers we work with came to my family’s Thanksgiving this year. At this point, what we’re doing has gone so much farther beyond anything I could ever call a job. 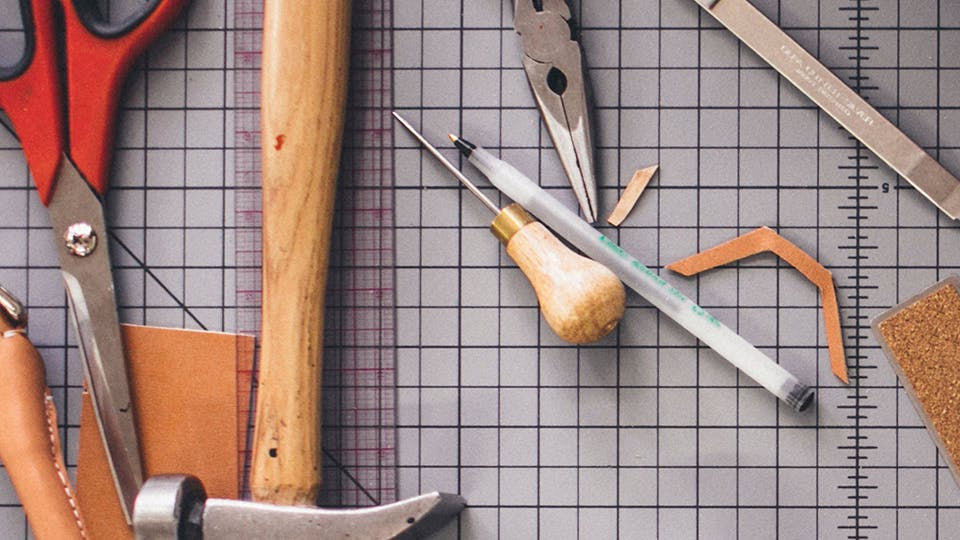