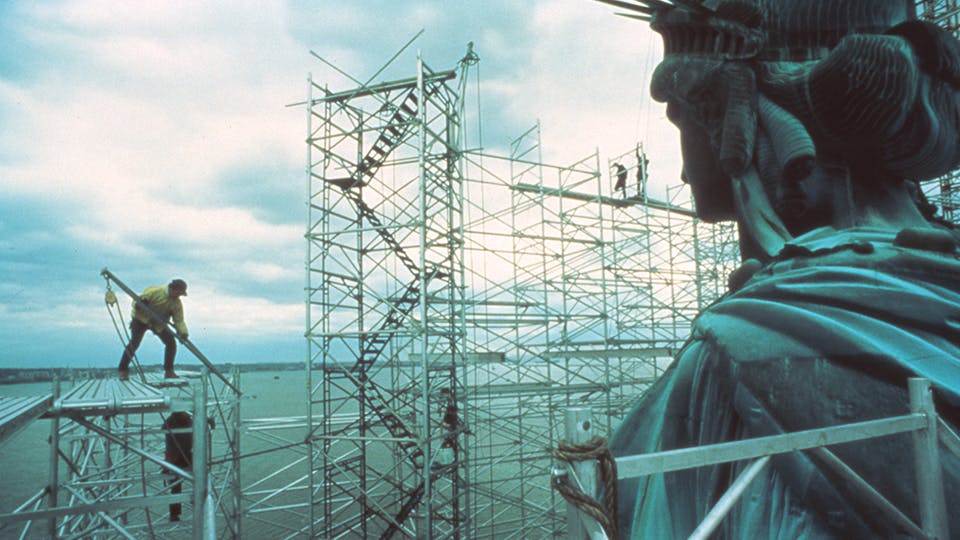 She's not just a statue. She's a symbol.

One of hope. One of freedom. One of America.

With a rich history of caring for Lady Liberty and Ellis Island, The Statue of Liberty-Ellis Island Foundation, Inc. has made restoration and preservation its mission since the early 1980s.

Commissioned by President Ronald Reagan in 1982 to help tend to these beloved sites, the Foundation went to work, raising enough funds from the American people for repair, restoration and maintenance.

Today the Foundation is working on a new chapter, one that involves building the Statue of Liberty Museum on Liberty Island complete with state-of-the-art experiential exhibits.

Starting on July 4, the Foundation is launching a crowdfunding campaign to garner financial support to put the finishing touches on the museum. With a small donation, you can help Lady Liberty’s storied legacy carry on for generations. 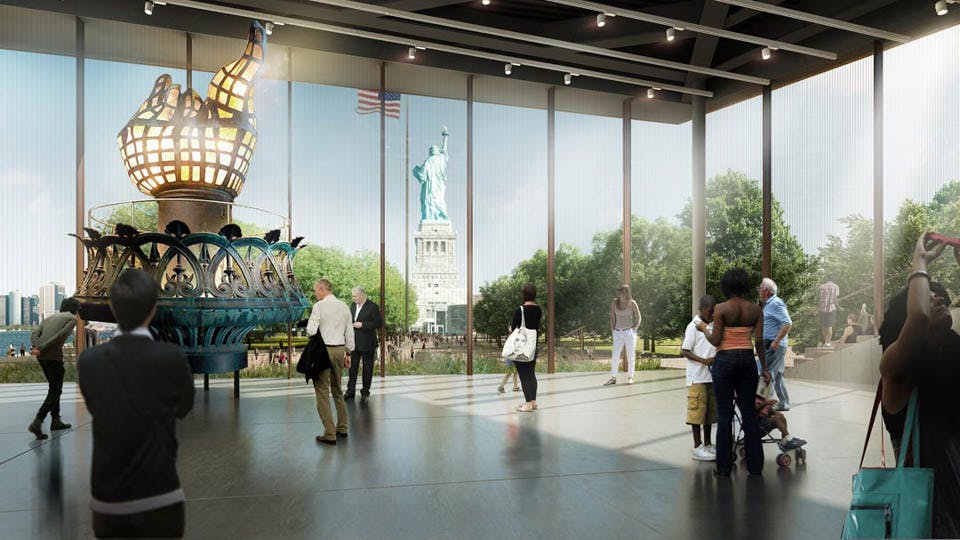 The public plays a large role in supporting the Statue of Liberty and Ellis Island. In fact, the Foundation says the first ever "crowdfunding" campaign actually started because of the Statue of Liberty when Joseph Pulitzer put out an ad in his newspaper in 1885 in an effort to get the necessary funds for Lady Liberty's pedestal.

The Foundation says all of the funds for its projects come from the American people.

And while the work can be grueling, it’s a true labor of love.

The beauty of restoration and preservation is especially evident in recently rediscovered photographs that show the repair process during the 1980s. Courtesy of The Statue of Liberty-Ellis Island Foundation, Inc., this stunning collection of images is the ultimate showcase of quality craftsmanship, a sentiment Shinola certainly stands behind. 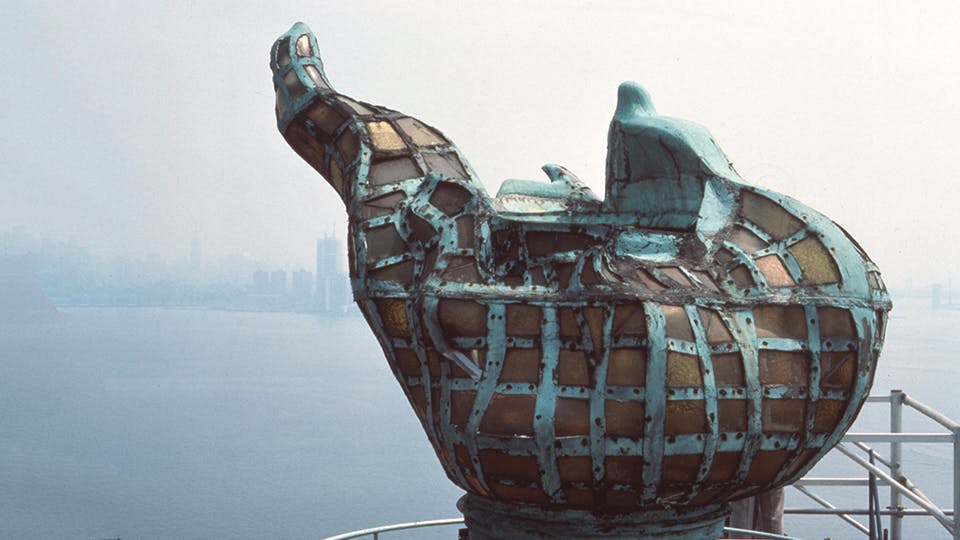 Foundation Fact: The Statue of Liberty was broken down into 350 individual pieces when she was shipped across the Atlantic Ocean from France. It took workers four months to reassemble her into the majestic Lady that has reigned over New York Harbor for almost 132 years. 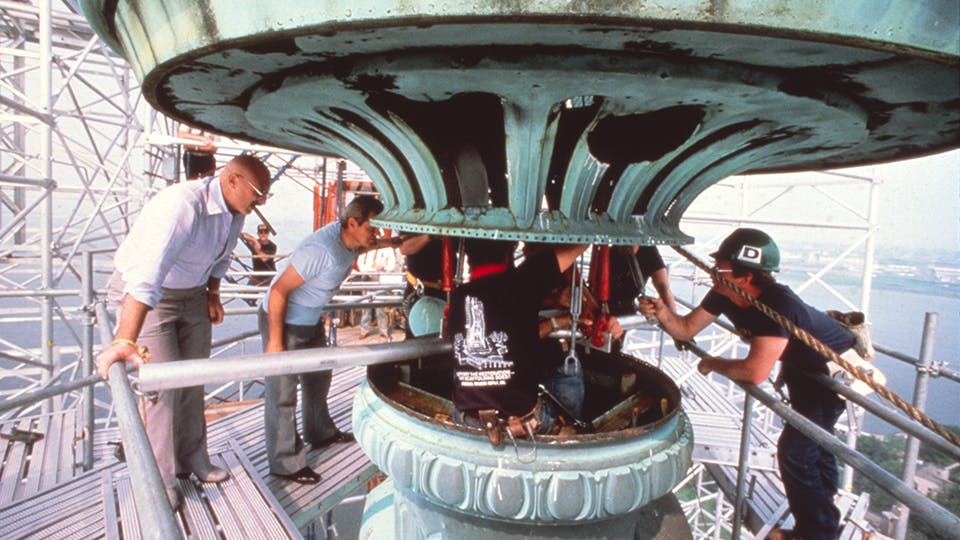 Foundation Fact: The Statue of Liberty underwent a 2-year restoration for her 1986 centennial. 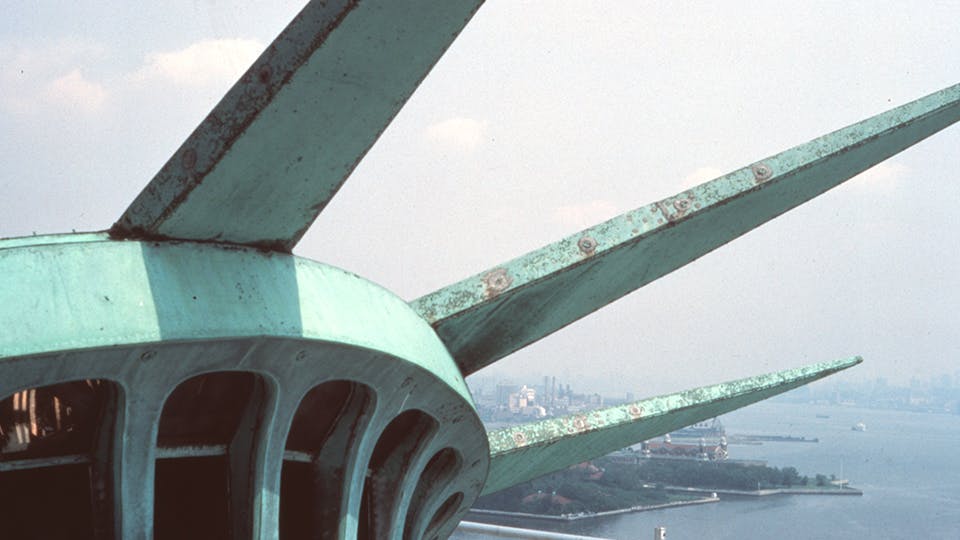 Foundation Fact: The seven rays on the Statue of Liberty’s crown represent the seven continents. Each ray measures up to 9 feet in length and weighs as much as 150 pounds.