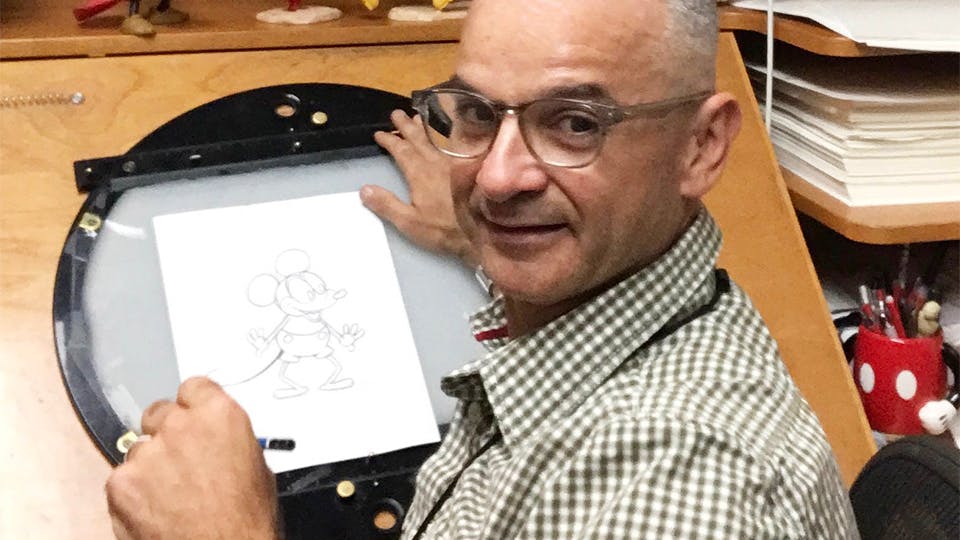 It was Donald Duck that led Jeff Shelly to Mickey Mouse.

The Disney Director of Character Art credits an art school teacher and former Disney animator for igniting his passion for character animation.

“He drew a giant Donald Duck up on the blackboard and it just kind of clicked," he said. “I loved hearing his stories about playing tennis with Walt . . . working on Dumbo and Donald cartoons. Hearing those stories as a kid, it was the best thing. It was just a pipe dream.”

But it was a pipe dream Jeff wouldn't let fall away, so he threw himself into animation.

He landed at Disney after dropping off a portfolio and catching the attention of the then art director who agreed to let him train under a group of very talented artists.

“I mean these guys were really good . . . but they were an old crew and we still hand-inked everything, there were no computers,” he said.

Thirty years later, Jeff is still bringing Mickey to life—and making sure every Mickey Mouse passes the inspection of his critical eye. 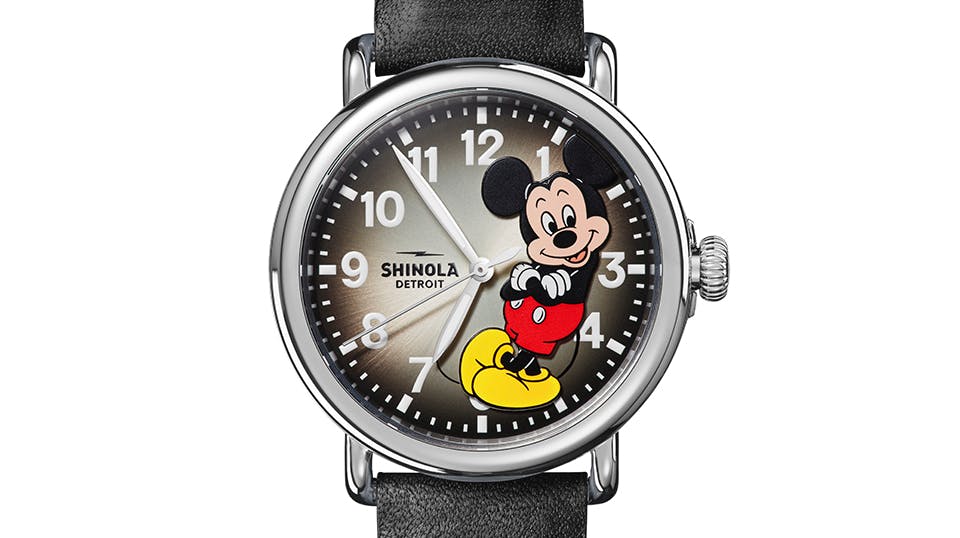 “Mickey looks really easy to draw, but he’s pretty much one of the hardest characters for artists to get ahold of. They could be the best artist, and they come here and try to draw Mickey and there’s still something funky with it. The thing with Mickey, he’s very finicky,” said Jeff.

If you’re wondering which part of Mickey is the hardest to master, the answer is two-fold.

“His head is one thing and the body is a whole other animal,” Jeff chuckled.

There are challenges at every line, creating a domino effect with one wrong move.

Jeff said it’s the soul that makes the difference between a stiff drawing and one that comes to life.

“You have to rough out. It’s almost like you are putting your soul into the characters, there’s an energy that goes into it,” said Jeff.

The key to getting that soul: take the eraser out of the equation.

“As soon as you stop using your eraser, your brain goes into a different mode. All of your core energy and your soul is in the first drawing,” he said.

Jeff said any kind of interruption—like an eraser—is the kiss of death for an artist trying to sketch out characters, referencing an analogy of a diver who discovers a trove of pearls underwater only to be yanked up by a person on the boat who asks if the diver likes his shoes. Distracted, the diver then returns underwater unable to find the original location of the pearls.

“Out of 50 drawings of Mickey, I go back to that first one and I like it better,” said Jeff. “Every time you adjust, you lose the full energy in it. Interruption takes you away from what you’re really trying to find.”

Jeff said there’s never a Mickey far from sight—whether on a backpack or a billboard—and he’s constantly analyzing.

“I look at every Mickey that’s out there. If I didn’t work on it, there’s something wrong with it. I’m very judgmental when I see things," Jeff joked.

It’s that kind of commitment to excellence that made Disney and Shinola a great team for the launch of the Mickey Classics Collection, a selection of products that celebrate 90 years of The True Original, Mickey Mouse. 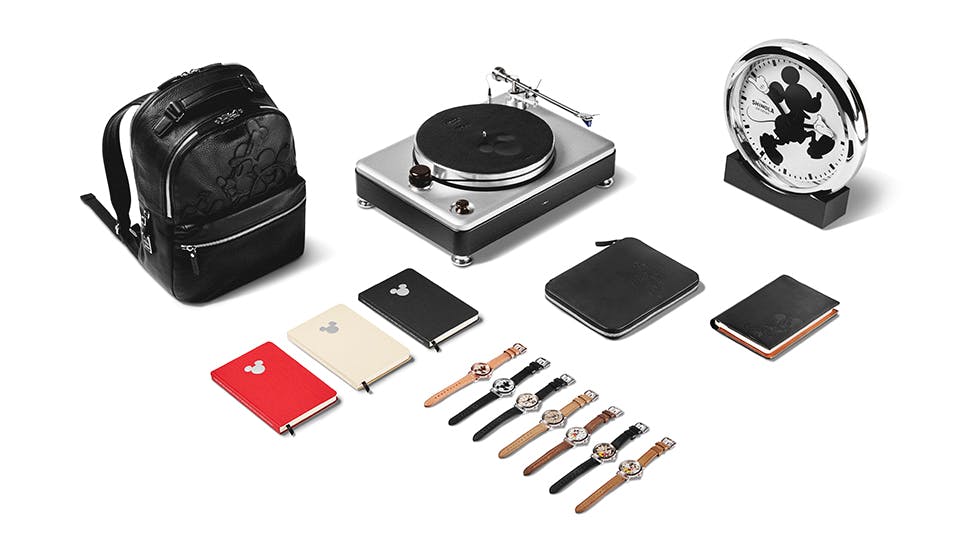 While Mickey holds a special place in Jeff’s heart, it’s giving his own characters life that adds fuel to his artistic drive.

“I love illustrating at night,” he said. “I’ll work on some of my own stuff, entrenched in art all of the time. I eat, drink and sleep it.”

It’s a good life for a man who dares to dream, draw and illustrate.

“My brain is always trying to learn stuff. Being a visual person, I sketch a lot. If I’m out at a restaurant, I’ll sketch in a sketchbook; if I don’t have that, I have a napkin,” said Jeff.

Napkin, paper, sketchbook—no matter what you catch Jeff drawing in, one thing is for sure: you’ll never see him with an eraser.

Explore Jeff’s work in the Shinola x Disney Mickey Classics Collection celebrating 90 years of The True Original, Mickey Mouse.
Check out some of Jeff’s art on Instagram at https://www.instagram.com/jeffshelly23/.