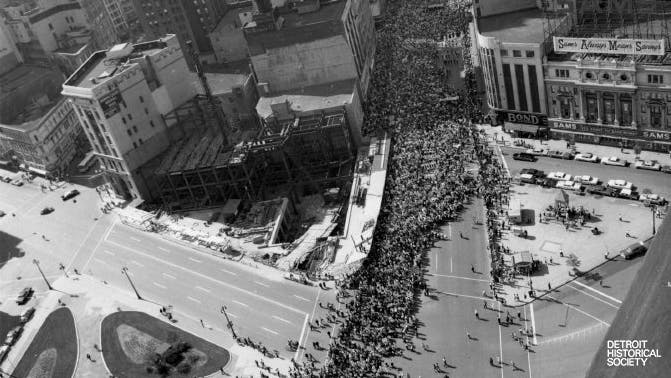 Courtesy of the Detroit Historical Society

In collaboration with the Detroit Historical Society, take a photographic walk through some of Detroit’s most pivotal moments in Black History.

Five places, all within a few miles of—and in some cases, mere feet from—each other. Each location is a monument with a monumental story to tell. We’ve partnered with the Detroit Historical Society to present a visual walk through these stories—to preserve these monuments as they were then and capture them as they stand now.

These stories represent just a fraction of the Black history woven throughout the 142.9 square miles of Detroit. In fact, this city’s story cannot truly be told unless it includes—and comes to terms with—the history of courage, violence, revolution, and reform that continues to be the reality for Black Americans and Detroiters today.

As keepers of Detroit’s history, The Detroit Historical Society’s motto is “Telling Detroit’s stories and why they matter.” They’re committed not only to preserving Detroit’s history, but teaching what it means to us now and how it has shaped the world today. This year, the DHS will mark one-hundred years of its commitment to telling the stories of the people and places of Detroit.

This Black History month, dive deep into what thrills you—art, music, entrepreneurship, medicine, sports—vis-à-vis the voices left out of traditional textbooks. From Black cowboys of the past and present to Sister Rosetta Tharpe’s influence on rock n’ roll, there’s a whole world of inspiration to be found and applications for the present moment.

And there’s no better place to start than with the Detroit Historical Society.

Here are five stops in Detroit history with incredible Black stories to tell, from music and sports to revolution and liberation. 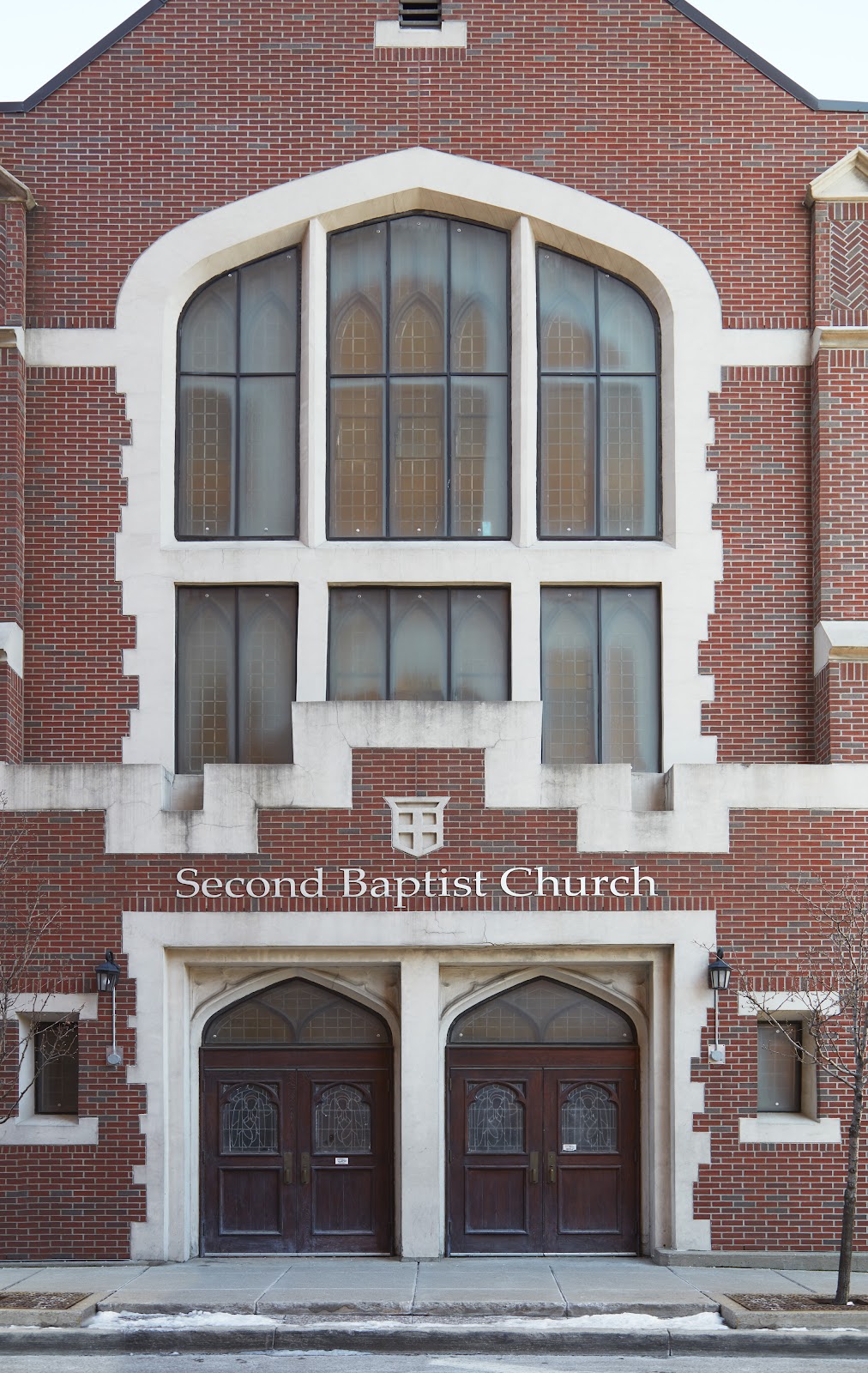 The Midnight Before Freedom

When it was founded in 1836, Detroit’s Second Baptist Church was already a haven for freedom seekers. In 1857, when the congregation moved to its current home in Greektown, it became a pivotal station for the Underground Railround—and the entire abolitionist movement.

Canada, where slavery was illegal, was just across the river. Detroit, known as codeword Midnight, was the last stop before freedom. Often at incalculable risk to themselves, “conductors” and other abolitionists hid formerly enslaved people and helped them cross the border into Canada. Free men and women like the entrepreneur and conductor George DeBaptiste even ferried freedom seekers to their destinations, disguised on steam ships. 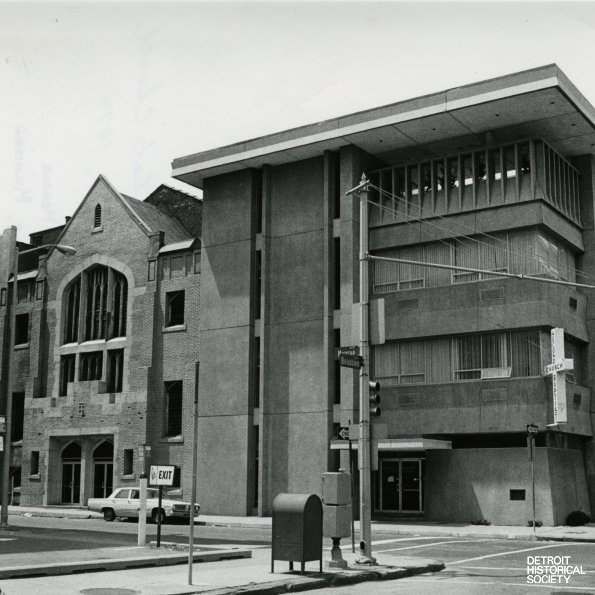 Five-thousand freedom seekers would receive aid, shelter, food, and guidance from the Second Baptist congregation for three decades before slavery was abolished. In this sacred building, many men and women received the support and fortitude that helped them make good on promises made to generations before them and generations to come.

For more on Detroit’s role in the Underground Railroad and the hero and entrepreneur George DeBaptiste, head to the Detroit Historical Society’s Encyclopedia of Detroit. 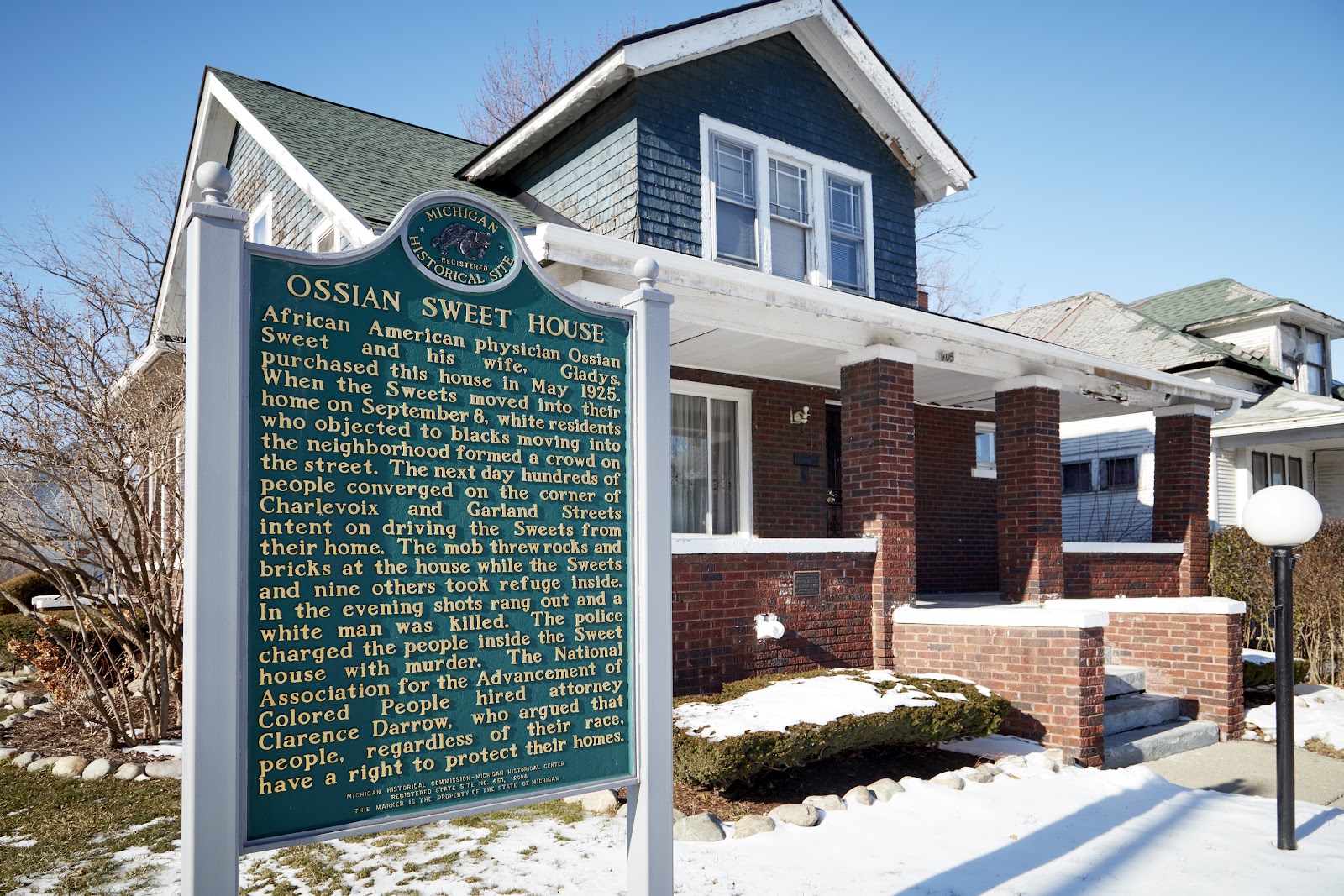 Celebration and sorrow are intertwined throughout Detroit’s Black history.

Dr. Ossian Sweet, a prominent and skilled physician who attended Howard University, purchased a house in a white neighborhood in Detroit. At that time, real estate was kept strictly segregated, and this move posed risks to their well-being. But Dr. Sweet and his family moved into the house regardless.

Dr. Sweet’s accomplishments, accreditations, and character could not protect him from the virulent racism of the white neighborhood. A violent mob crowded around his home, ending in a deadly confrontation and murder charges against Dr. Sweet’s entire family. Although the trials ended in acquittal, the message sent by the police and the community was clear: Stay out.

Dr. Sweet did not. Despite everything he had faced, he returned to the house in 1928 and lived there for another thirty years. The legacy of the Ossian Sweet House is exactly that: his.

Please note that the property is not open to the public. But thankfully, there’s more to learn about Dr. Sweet and the neighborhoods of Detroit in the DHS’s Encyclopedia of Detroit. 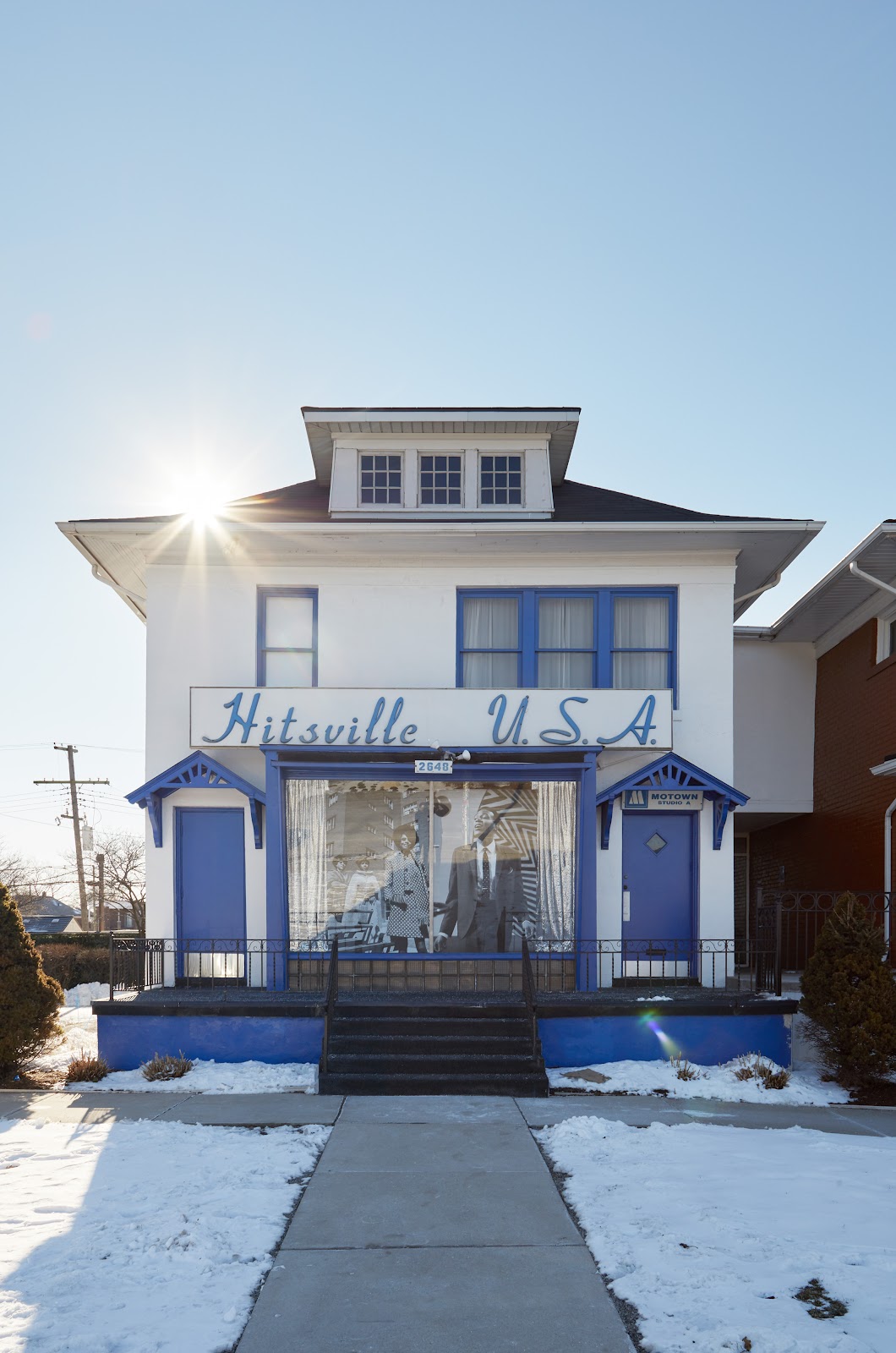 The Hit Factory That Changed the World

When Berry Gordy Jr. founded Motown Records with $800 in 1959, not even he could imagine the success in store. A semi-successful songwriter behind hits like Jackie Wilson’s “Reet Petite,” Gordy found his true calling finding burgeoning talent and growing them into creative performers. The result was one-hundred and ten Top 10 Hits in ten years—but also so much more than that.

Gordy unleashed Black talent over the airwaves, on TV, and around the world. Black artists had long been in front of the microphone, shaping popular music stylings for decades; but they were often stripped of credit and overshadowed by white contemporaries who took their sound and rebranded it for white audiences. Not so at Hitsville, USA. Motown owned its sound. 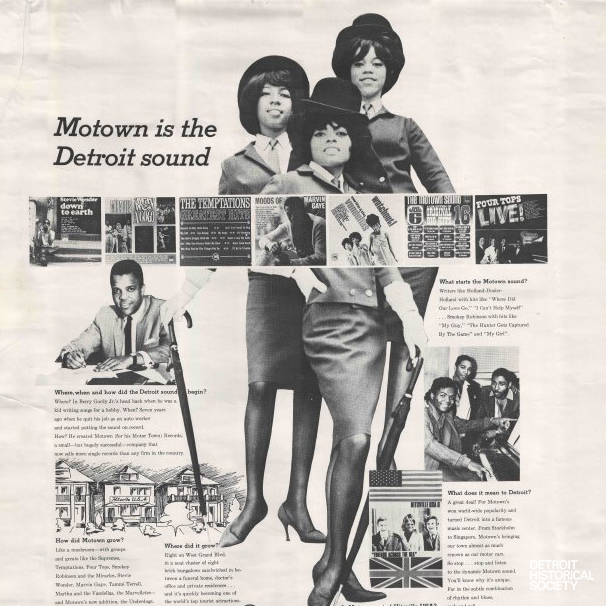 Artists like Stevie Wonder and The Supremes soared. Black producers and songwriters like Smokey Robinson and Marvin Gaye crossed and combined genres. Black creativity, now amplified, reached audiences all over the world with music that made them giddy with joy, gave them comfort in sorrow, and told stories of Black life that revealed a much different reality in America.

On that day in 1959, Berry Gordy started a little music business of his own on Grand Boulevard. He also began a massive shift of power back into the hands of Black artists.

For more on Motown, Hitsville USA, and Berry Gordy, Jr., head to the Detroit Historical Society’s Encyclopedia of Detroit. 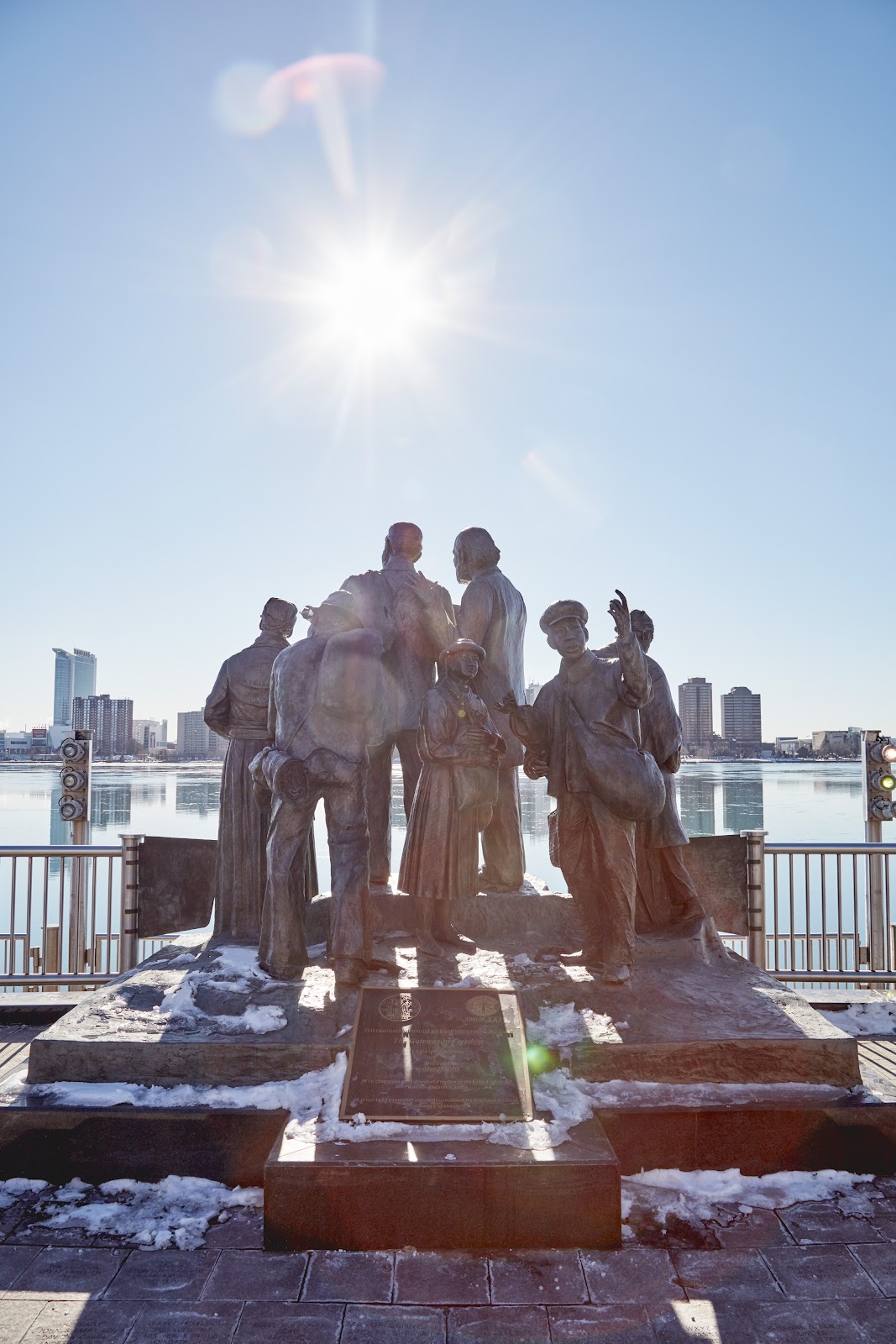 The Detroit Walk to Freedom—and the Gateway to Freedom

On June 23rd, 1963, the Great March to Freedom proceeded down Woodward from Adelaide to Jefferson, where they ended along the riverfront and in front of Cobo Hall. There, ministers and civil rights leaders gave ardent speeches and calls to action. On that June afternoon in Detroit city, the largest civil rights demonstration in American history was unfolding. 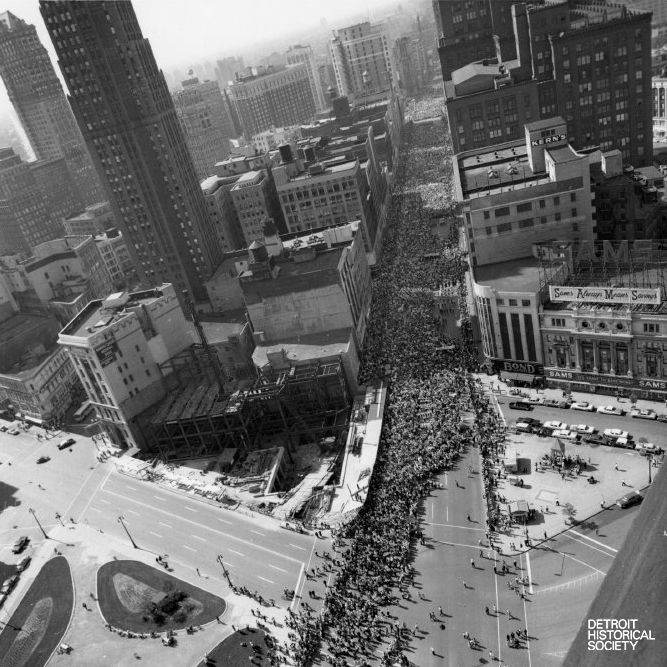 Among the marchers and speakers was Martin Luther King Jr. His speech was the penultimate version of the well-known “I Have a Dream” speech that he delivered in Washington weeks later. Gordy Records, a division of Motown, would later press an album of the Detroit speech. The Detroit Historical Society has an archive record of it here, along with hundreds of thousands of other colorful, tangible pieces of Black history. 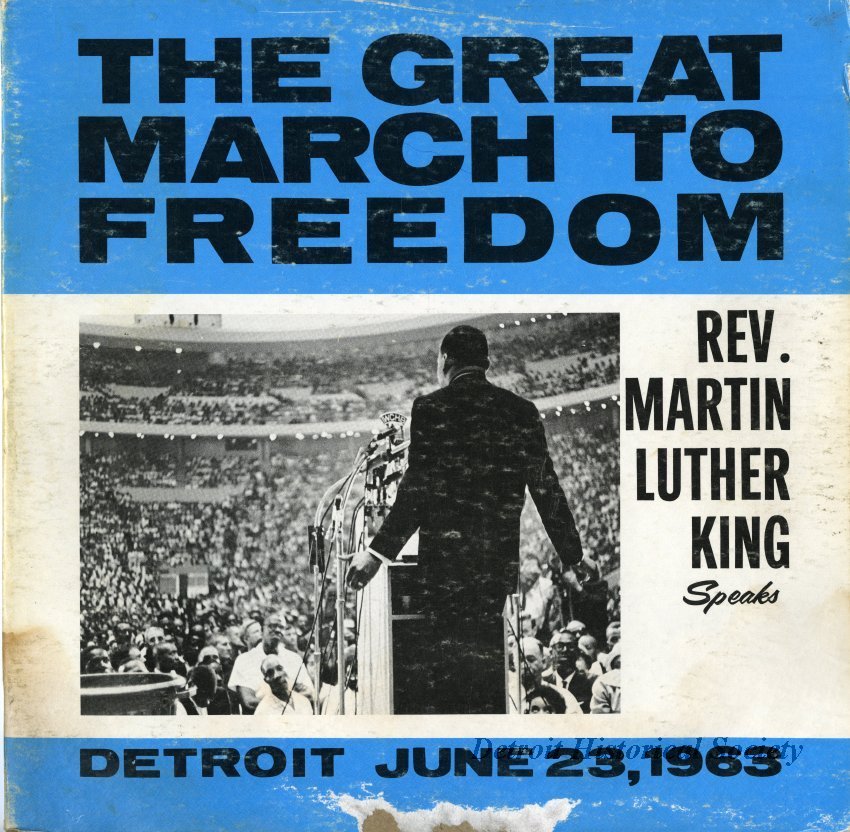 True to Detroit, another piece of Black history is just a few feet away from Jefferson and Cobo Hall where civil rights history was made. The Gateway to Freedom, an international memorial dedicated to the Underground Railroad, overlooks the river that freedom seekers once crossed. 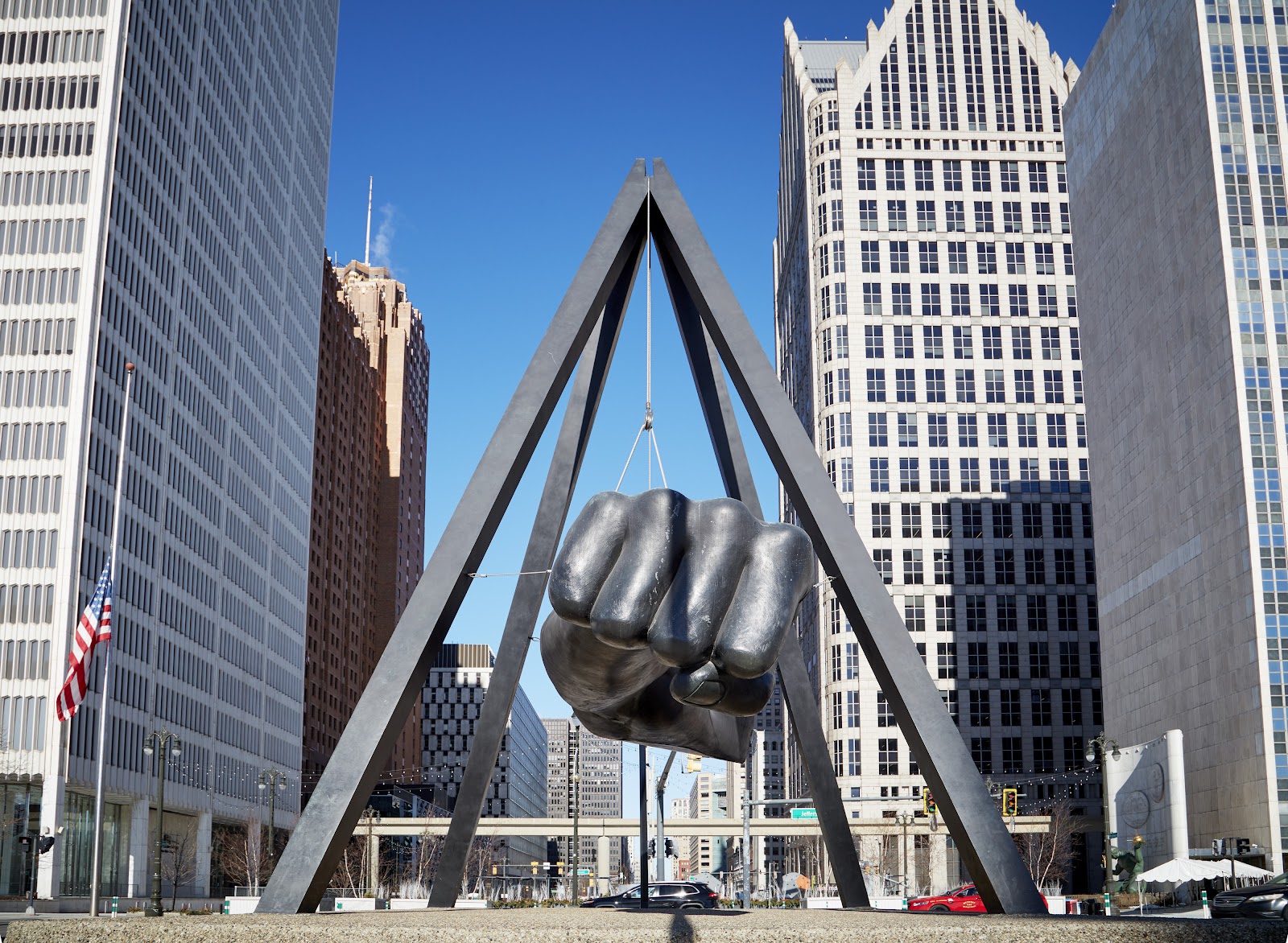 Born in Alabama and raised in Detroit since the age of twelve, Joseph Louis Barrow found his calling at a local rec center on Brewster Street. He made his boxing debut as Joe Louis in 1932. By the time he defeated the German “superman” Max Schmeling in a 1938 rematch, he cemented himself not only as the premier heavyweight champion of the world, but as one of the first Black Americans to be recognized and revered as a national hero. 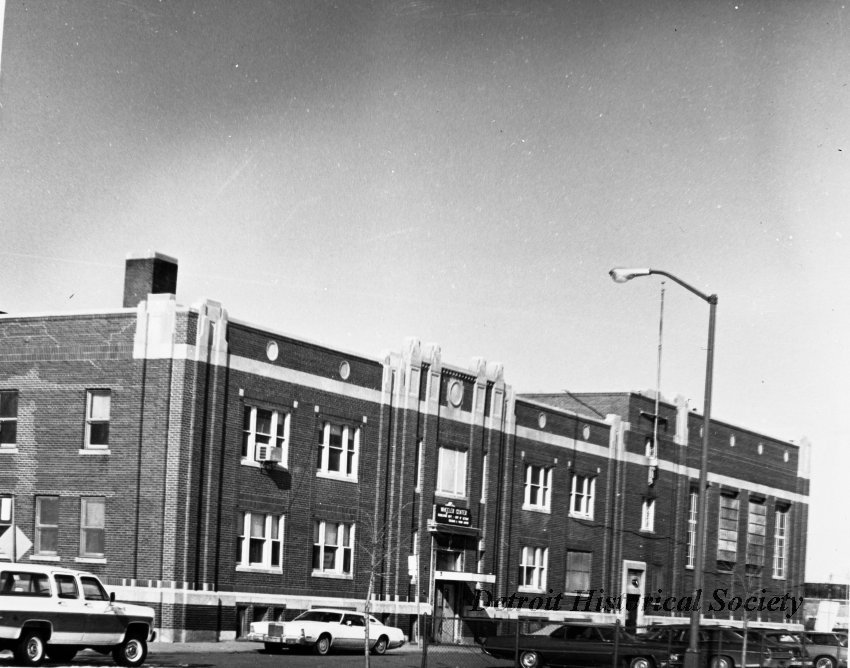 Newsreels advertised the 1936 Louis vs. Schmeling fight as “The most thrilling and sensational upset in [the] history of the ring.” The Detroit Historical Society has the archive footage to prove it. What’s even more thrilling are the photos from Louis’ fights they have on file. 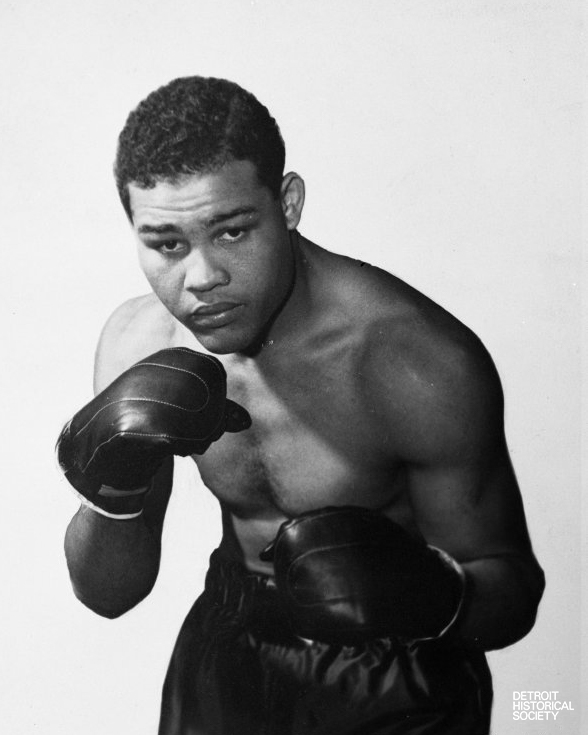 Louis boxed for decades and retired in 1951. In addition to his career as a boxing champion, Louis also enlisted in the Army after the attack on Pearl Harbor. Not satisfied to make history a few times, he also became the first Black American to play a PGA Tour event in 1952. 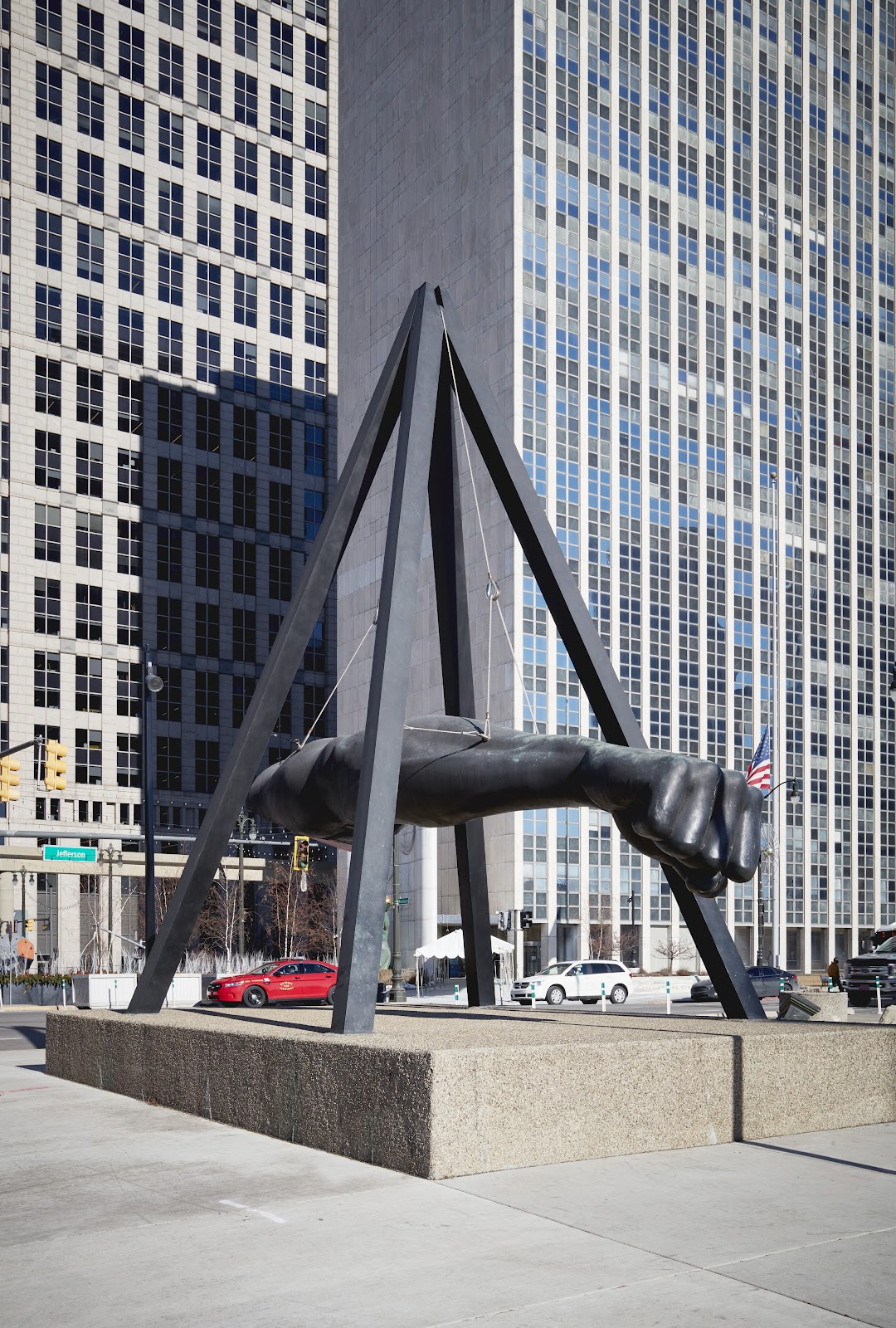 The Monument to Joe Louis by sculptor Robert Graham is a symbol of power, literally and figuratively. Sports media in the thirties said Louis’ fist only had to travel six inches to deliver a K.O. But with that powerful punch, he also broke barriers for generations to come. Louis’ legacy lives on in the Black athletes today who challenge the status quo and use their greatness to effect change.

This piece was made possible by our friends at the Detroit Historical Society.