The Champs of Summer 2020: Eboni Taylor of Mothering Justice 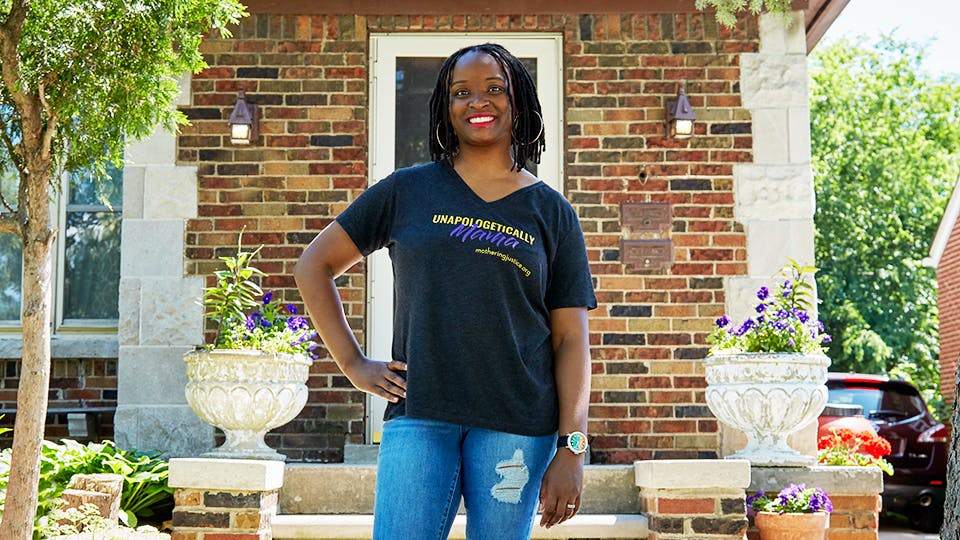 As a child, Eboni Taylor saw the disparities of racial inequality laid bare simply by running an errand with her parents to the next city over.

Quality grocery stores were scarce in Detroit proper. She recalls that as a DPS student, “We would always hear the difference in numbers and funding that other school districts would receive…It was just hard to feel—and—to be—undervalued. That was sort of my catalyst: The deep disparities.”

What a catalyst it was. Today, as Michigan Executive Director of Mothering Justice, Taylor fights for justice and policy reform and supports mothers of color in Detroit as they learn the true value and power of their voices—which are mighty.

At its core, Mothering Justice is a nonprofit organization that helps mothers of color lean into “the power they have in turning their issues and complaints into real policy change; and even if it doesn’t end up in policy change, having their voices heard,” describes Taylor. The Mothering Justice team does this through outreach, organizing, education, and influencing public policy. The Mamas’ Agenda includes earned paid sick time, affordable childcare, women’s health, and more.

Mamas’ voices are elevated to local, state, and national platforms. From marches to classes and paid fellowships to small gatherings of neighborhood mamas and legislative drop-ins, the work is collective and community based. As Taylor describes the team, it becomes clear that Mothering Justice is far more than an organization. It’s a network, a sisterhood, a refuge, a lifeline. The ways they’ve stepped up and mobilized to help mamas of color during the pandemic is proof of that.

Mothering Justice shifted their Mamas’ March to a virtual session and pushed their Mamas’ Summit to be held online in October. They also began virtual outreach in place of in-person conversations. Taylor says their challenge wasn’t just the move to digital—it was the fact that, in the communities they serve, another disparity surfaced: a lack of access to digital tools. They put in the work to ensure that they still hear from everyone.

With digital conferences and video calls established, the team took their outreach even further: Mothering Justice now crafts policy and care packages. Porch drops began by the team’s own initiative, then gained funding to become a program itself. The team distributes groceries, diapers, baby formula, and other essential items for mothers in need.

When asked where their spirit of nonstop determination and grit comes from, Taylor says, “Black women have always done so much despite being given so little. It’s just who we are.” But that’s not all there is to the narrative, and Taylor is careful to highlight the pitfall caused when the story ends there. “[H]istorically that is what we have had to do.” Yes, Black women are incredibly strong; but when allies praise that strength alone and don’t show up with tangible support, it just leads to the same disparities, with Black women bearing the brunt of the exhaustion and trauma that comes with fighting systemic racism. “It’s deeply costing us as we work so hard to overcome, yet no one shows up for us…we are the most loyal voting block, yet our policy issues are never prioritized, we are movement-makers yet our work is constantly co-opted and resources prioritized elsewhere.” It’s clear that allies need to truly show up—donating to Mothering Justice is one way to start—and Taylor has plenty of resources and recommendations for anyone who wants to help.

The future holds promise, and Taylor’s voice lights up as she talks about Girls Making Change, a fellowship for high school girls in Detroit through the Mary Turner Center for Advocacy that she wants to shine a spotlight on. These young women have the opportunity to hone their skills in policy creation, with projects that have real, lasting impact. The program sets the stage for a better future—for the girls themselves, and the world they can create. “There’s a lot of focus on the present,” Taylor says. “Let’s also keep supporting the future.”

When asked what gives her hope right now, Taylor says that she is encouraged to hear more policy-making language “make it into the mainstream conversation.” Equipped with the power of language to articulate policy changes and demand action, Taylor hopes that it can fuel the real repair and systemic change we need. No more hollow gestures or placating legislation. “I want to hear people in power lean into their imaginations,” she says.

Imagining that just, equitable world is what Mothering Justice helps mamas around the nation do. Then, through policy, they empower mamas to bring that world into reality—for themselves, for their children, and for their children’s children. Taylor adds that the Mothering Justice team isn’t in it just for activism’s sake. “It’s not about recognition,” she says. “It’s about change. Change for our communities, and for our children.” Rest assured, they will make that change. Not even a pandemic could stop that. And that’s why we are proud to call Eboni Taylor a Champ of Summer 2020.

This interview is part of a series highlighting everyday Americans who have risen extraordinarily to the challenge of the COVID-19 pandemic—the Champs of Summer 2020. As a thank-you to the essential workers on the front line, we’re building our limited-edition Champ Detrola as a gift of gratitude. Proceeds go to the Healthcare Workers Fund in partnership with the Community Foundation for Southwest Michigan. Learn more about the Champ and how you can help here.

The Champs of Summer 2020: David and Chris Shunkwiler

The Champs of Summer 2020: David and Chris Shunkwiler 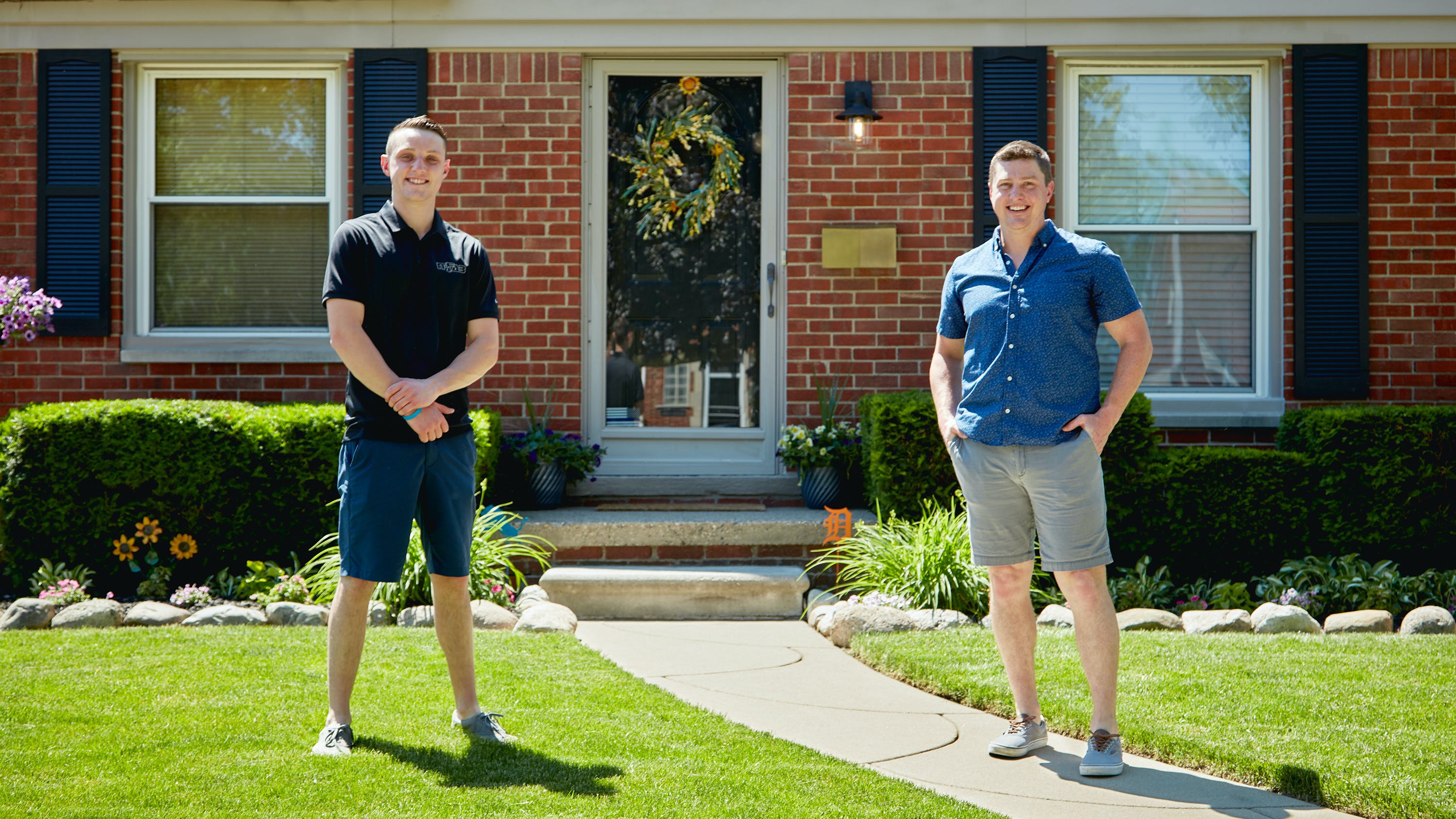