Beyond The Borders Of Era: Natas Kaupas Designs Handcrafted Surfboards With Shinola 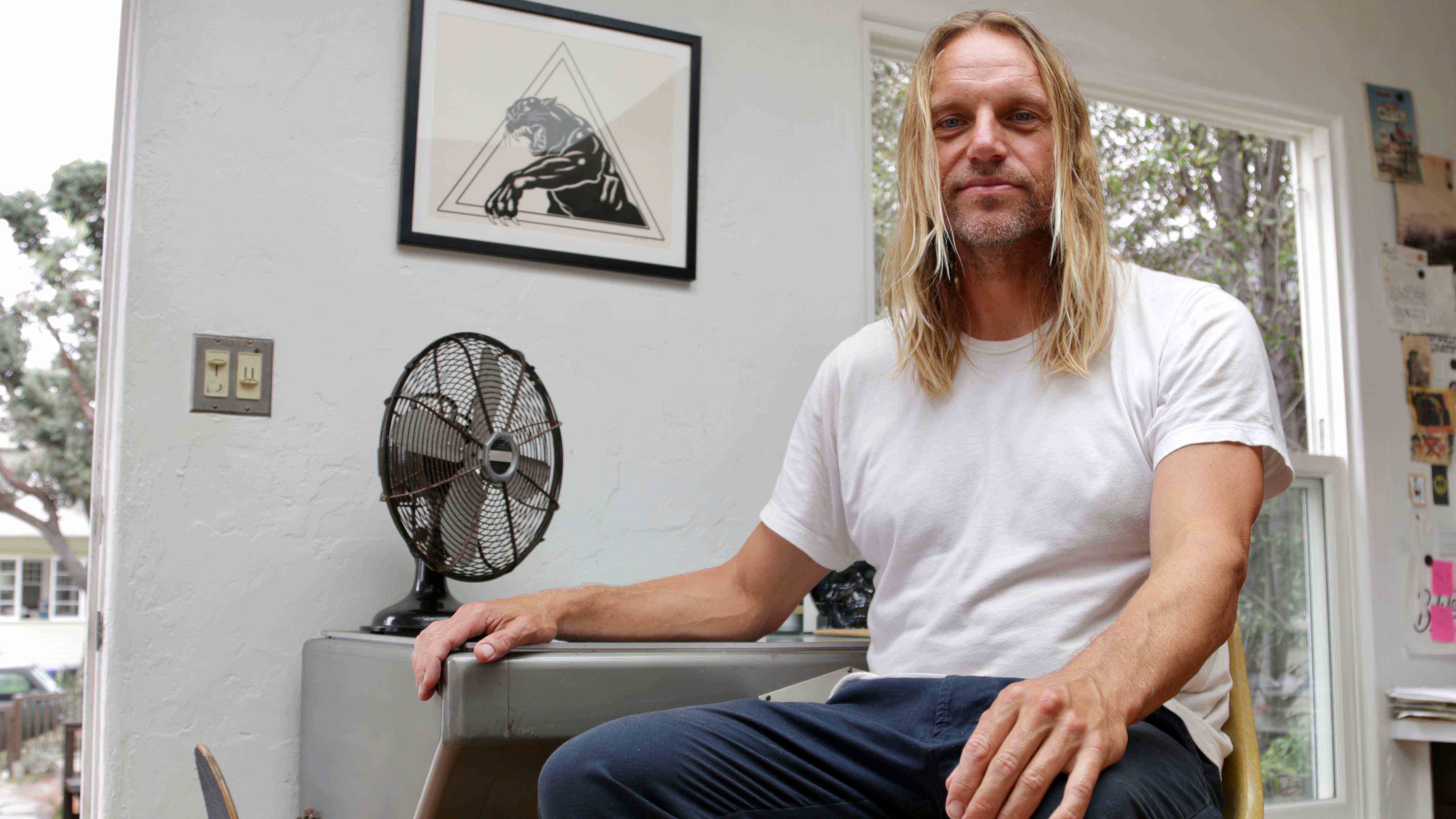 He is known around the world as a legendary skateboarder, but there’s nothing Natas Kaupas loves more than creating, whether it’s for wheels–or waves.

In Santa Monica, surfing has always been just as important as skateboarding. Skating and surfing are a natural way of life, and growing up in this community led Natas to the art he creates today.

“Growing up and using local shapers, you’d get custom boards. You’d always think of the designs, the airbrushes and the colors. That part is pretty natural—deciding how you want your board to look,” he says.

Santa Monica was nurturing in that way, Natas says. He began surfing and skating both at a very young age, and he loved watching the locals, skating pros like Jim Muir or Jay Adams, zoom by.

“It was almost like a bigger brother kind of feeling,” Natas says. “There was some mentoring, especially on the art side. Wes Humpston, one of the original Dogtown artists, would give me pens and little pointers.”

Despite watching the local pros skate around Dogtown, Natas developed as a skateboarder much on his own. He recalls spending time alone, experimenting and woodshedding tricks.

Nowadays, Natas finds inspiration in the community and collaborates with many artists and craftspeople on various projects.

“These sports are very expressive, and a lot of people consider it an artform. There’s a lot of creative people involved in surfing and skateboarding. And you have this perfect canvas,” Natas says. “You have this tradition of silk screening and adding graphics to skateboards and colors on surfboards. I find it inspiring.”

His latest creations, in collaboration with Shinola, are limited-edition surfboards and beach towels. The two share a similar design—two Ws that pay homage to West Washington Boulevard, the previous name of what is now Abbot Kinney Boulevard and the location of the Shinola Venice store. Natas describes the style as a bit looser, drawing inspiration from traditional 1960s boards with a resin tint and acid splashes. 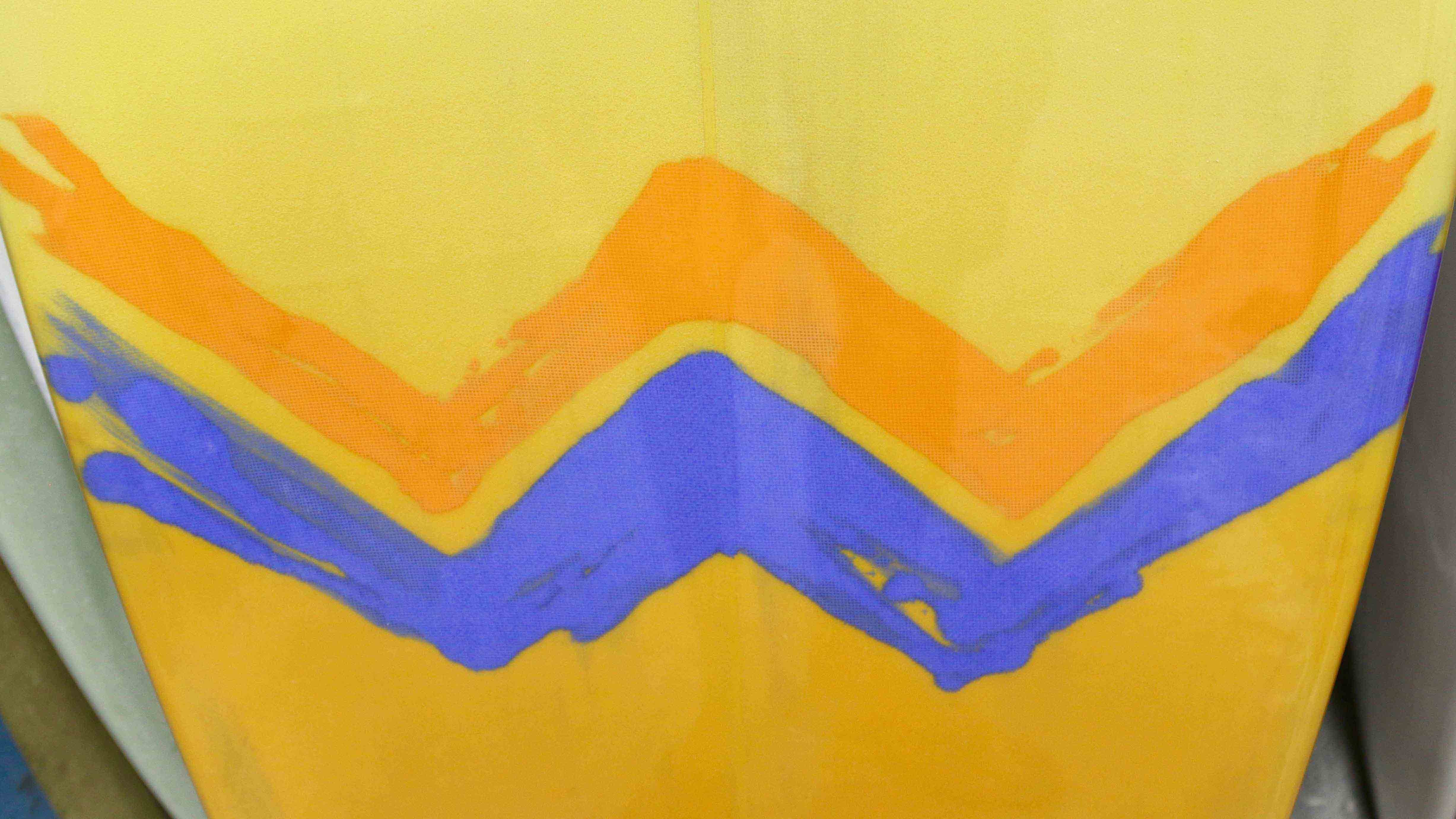 “The thought was to bring a little bit of that without looking overly traditional,” Natas says. “I wanted to push that a little bit.”

Natas likes to draw from the past, often turning to hand lettering and vintage books for inspiration. He sees today’s great skateboarders—or “rippers” as the skateboard community calls them—learning tricks from history.

“I really love watching this current generation of rippers that pick and choose of era. They don’t stick to just one,” Natas says.

Curating this artform—pulling from tradition while simultaneously challenging it—is no easy task. Natas notes that crafting in traditional ways is a slow and difficult process. These surfboards require a lot of engineering, and shapers and glassers have many variables they must take into account. With hydrodynamics, every detail matters, from the contour of the bottom to the shape of the fin. Crafted by hand with a planer and a saw, these boards require the expert eyes and hands of the shaper.

“There’s a lot of craftspeople involved, people you need to trust and communicate with. Up to a fraction of an inch will make a huge difference,” Natas says. 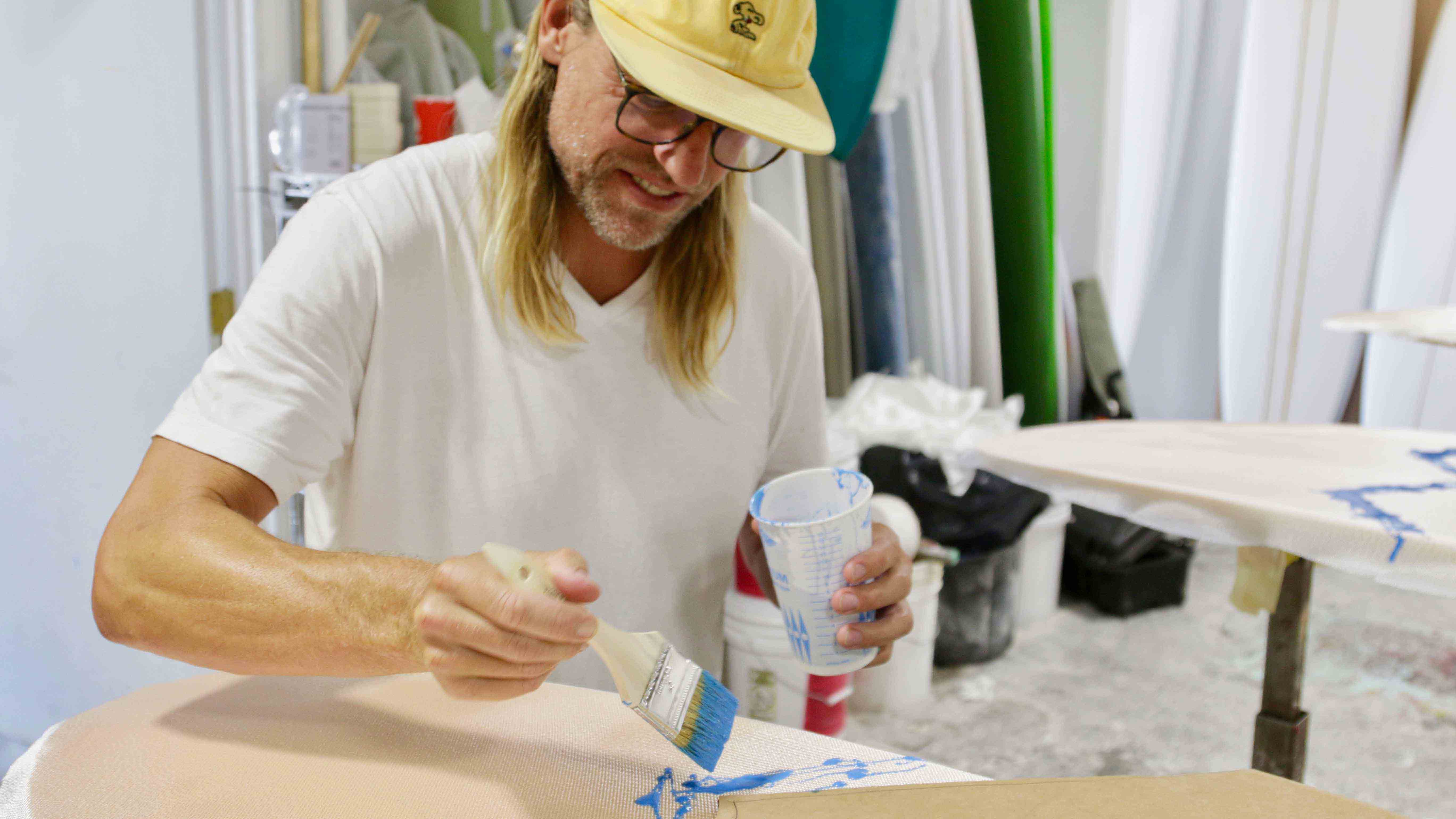 This kind of commitment to quality drives all of his creations, and it is one of the many reasons that drew Natas to collaborate with Shinola.

“I’ve been doing projects with Shinola for a number of years now, and I really get along with the way they operate—the transparency and the honesty,” he says.

For Natas, quality hinges on reliability, especially when you’re skating the streets or surfing the ocean.

“I’m attracted to things that are of quality because of the reliability. When I go surfing or skating, I don’t want to wonder if this thing is going to break in my hands or not perform the way I want it to,” Natas says. “With quality products, you don’t get left high and dry, and you get to enjoy things to the fullest.”

Quality doesn’t come quickly, but it’s always worth the wait. Shaping can take a long time because of the many elements involved in the creation, Natas says, and shapers are notorious for taking longer than they say.

“It’s a running joke in the surf community: ‘Is my board done yet?’” Natas says.

One thing that is never done for Natas is creating. Whether it’s a new project, painting for fun, or making crafts with his toddler, Natas lives for it all. And though this leaves him with little time for waves or wheels, he still tries to sneak in a surf or a skate whenever he can. Because for Natas, life in California—surfing, skating, creating—never gets old.