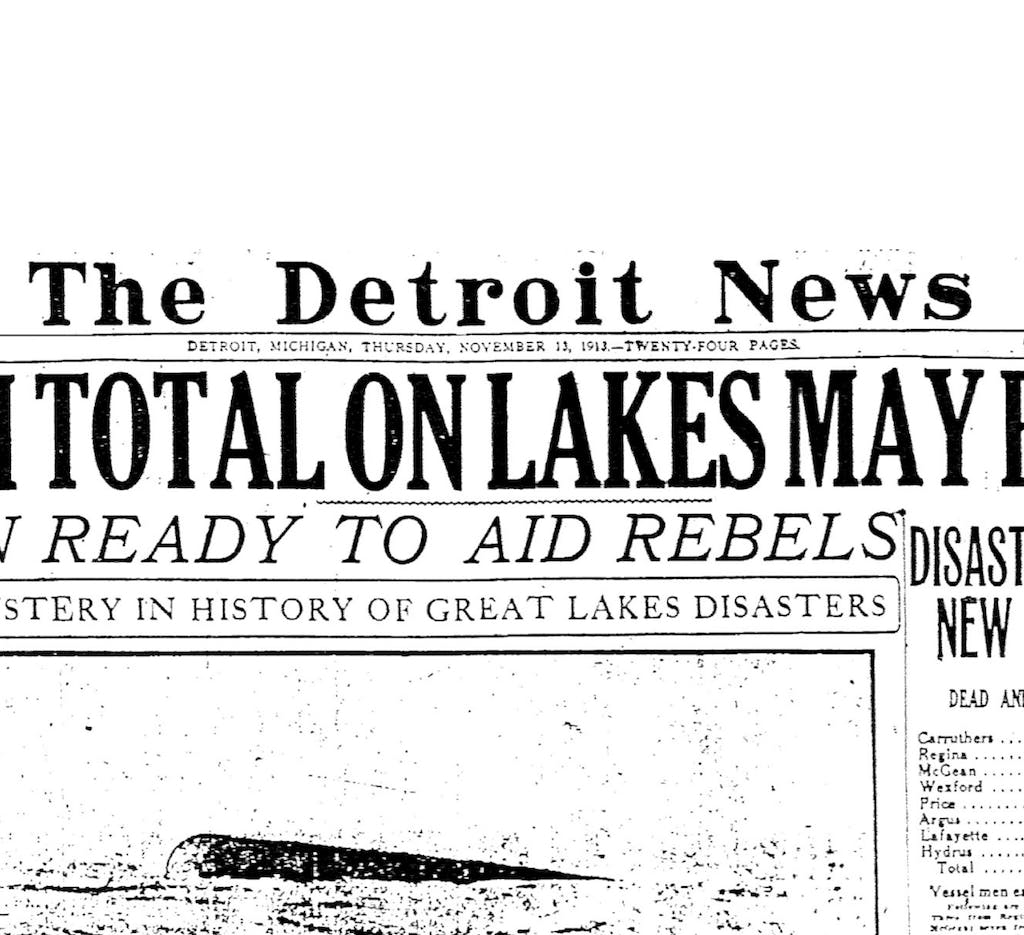 Shinola first released the titanium Black Blizzard Runwell Sport, a watch inspired by the Dust Bowl of the 1930s and the homesteaders who weathered the storm, in 2017. The uniquely crafted timepiece symbolized the grit and determination of the American spirit—a determination to overcome and transcend dire circumstances.

This fall, the long-awaited sister to this special edition timepiece is finally blowing in.

With a titanium body and high-contrast white dial, the White Hurricane is aptly named. But like the Black Blizzard, the story runs much deeper than looks alone.

It takes the name from a Great Lakes storm that changed “weather” forever. From its meteorological devastation, forecasting innovations rose. The White Hurricane celebrates the human spirit that will always shine bright, no matter how terrible the storm.

Shinola Watch Designer Greg Verras explained, “it felt like a nice mirror and parallel to the Black Blizzard and the Dust Bowl. The story of the White Hurricane is also one of achieving enlightenment through perseverance in a difficult time.”

November 1913. A winter storm approached the Great Lakes basin from the west.

At that time, forecasts were mainly meant for agricultural production and resembled the Farmer’s Almanac more than RADAR. The United States Weather Bureau noted the storm, but that was just about it. A note.

In reality, the storm was gaining tremendous speed. They couldn’t have known. At that time, there were no tools to measure the nightmare that was approaching. The Great Lakes Storm of 1913 was an extratropical cyclone. A blizzard with hurricane-force winds.

A five-day long buffet of ice and snow known as the Frozen Fury, Big Blow, or White Hurricane, caused twelve shipwrecks on the Lakes and led to hundreds of deaths across the region from Ohio to Ontario.
Three of the twelve ships were never recovered. They are still lost in the depths of the Great Lakes to this day.

Crashing through, the White Hurricane sparked an enlightenment that changed the way we view the weather.

Immediately, scientists and meteorologists went to work on faster, more accurate systems of prediction and warning. They studied patterns, publish papers, and invented new machines. The result was the revolutionary warning systems we have now. It’s hard to imagine having no warning for a five-day-long storm now, and that’s precisely because of the grit and determination of Americans dedicated to understanding the invisible.

Like forecasting, the craft of watchmaking seeks to measure what can’t be seen or controlled—only experienced.

To that end, the Titanium White Hurricane Runwell Sport Chronograph is an instrument of precision.

The watch’s dial is painted with a full blue lume, meaning it glows bright in the dark. This Swiss SuperLumi-Nova paint will never age or decay, meaning it will remain a true beacon in a blizzard for years to come. 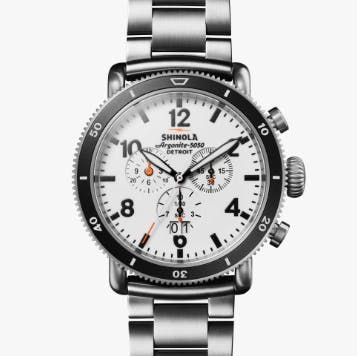 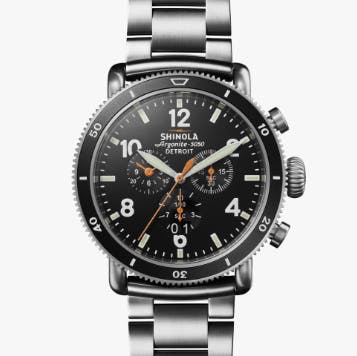