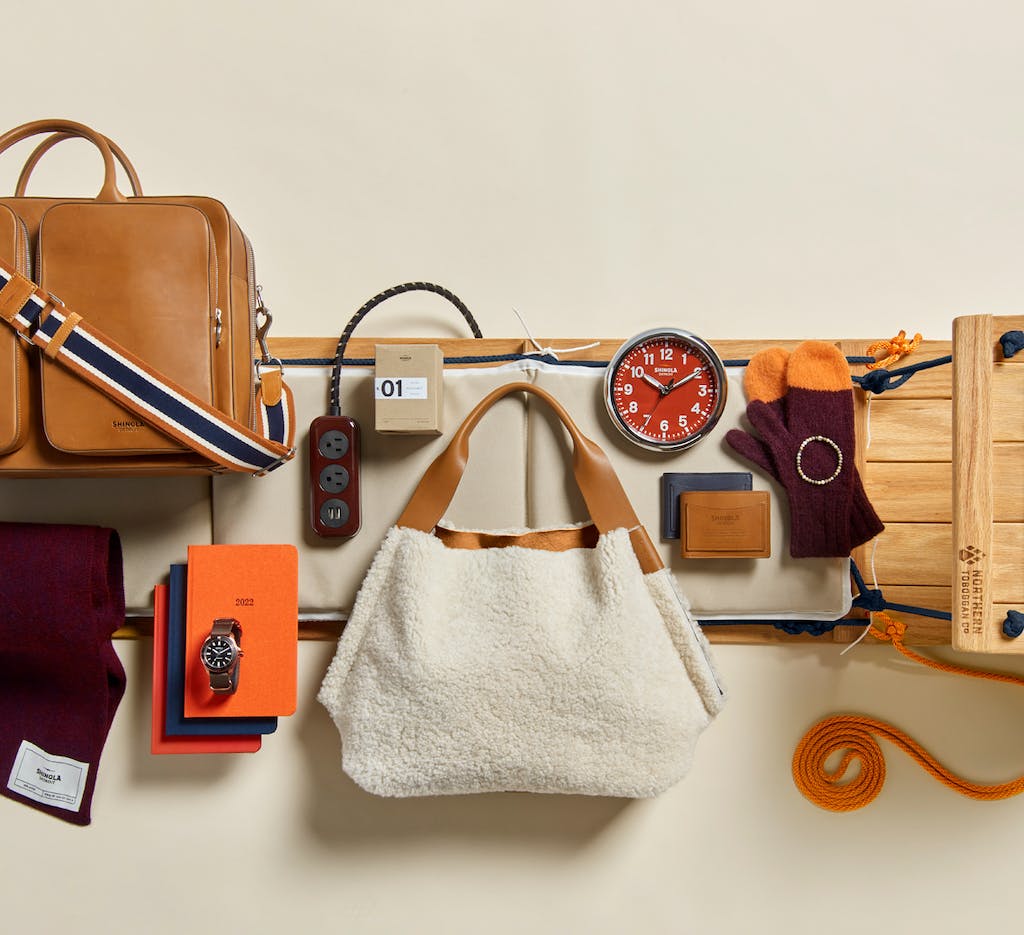 WARROAD, Minn. – It’s a Wednesday afternoon in early November, and people in Warroad are coming to grips with the inaugural gusts of winter. Talk at Farmers Union Oil, a filling station near the town’s main intersection, centers on the forecast for snow. White smoke billows from the tailpipes of empty pickup trucks, a telltale sign of vehicles keeping warm while owners grab a cup of Joe.

It is here, at this point on the border splitting northwest Minnesota and the southeastern edge of Manitoba, where a 67-year-old artisan named John Harren has been passing the family business down to his two sons, Jackson and Gabriel. Meeting him on the forty-acre farm he’s long called home reinforces the undeniable mixture of pleasure and reluctance that comes with passing down an heirloom.

The boys are eager. The father dedicated.

Dad is the craftsman, bootstrapper and risktaker behind Northern Toboggan. If you have one of the company’s products in your garage, chalet, shed, or basement, chances are John Harren’s fingerprints are on it. He’s been a sled maker for a quarter century, his workshop a testament to traditional toboggan-making disciplines and an entrepreneur’s improvement of an age-old practice.

“Our recipe is unique,” Jackson, John’s oldest son who now serves as president, responds when asked how Northern Toboggan’s methods compare to others in the trade.

Northern Toboggan products are built from white ash grown in Wisconsin or red oak grown in Quebec, carefully selected by lumber experts who know about rigid manufacturing processes and harsh winter conditions the wood needs to endure. It needs to be ripped, cut, planed, tapered and, finally, bent. The product is built to last a lifetime.

“Every board is a little bit different,” John says as he pushes a plank over a table saw. The tools in this workshop are as identified by the sounds they make as the tasks they perform: the buzz of that saw; the whirr of a planer; the shushing of sandpaper; the whine of a drill.

To create the iconic elf-shoe wrap at the front of a downhill toboggan, the wood needs to undergo a steam-bend process, aided by a contraption the Harrens call a “Steam Box” or “Steamer. It resembles a mini sauna. Heated to 280 degrees Farenheit by a boiler, it creates an intense steam bath during a 20-to-30-minute bake. This makes the boards malleable, ready to be locked into round jig that curls the into a shape resembling the Nike swoosh.

This takes precision, and a feel that takes years to develop. “No two boards hold the curve the same way,” John says. Jackson reckons people got the idea for bending wood from watching trees sway in the wind.

Once formed, boards are fastened together by laminated crosspieces bolted in place with stainless steel hardware. Bolts are far more durable than simply using screws. Ropes – one for towing the toboggan uphill and another serving as a handle – are fixed to the sled.

Orders come from all over the U.S. and Canada. Maps hang in the workshop, outlining the towns, tribes, villages, and territories where the company’s offering of sleds and snowshoes are shipped.

For instance, custom toboggans are made for participants in the U.S. Toboggan Nationals in Camden, Maine, a three-day competition in February with thousands of spectators and hundreds of teams. A variety of cargo sleds, snowmobile sleds and Komatiks, or dog sleds, are also made here and often shipped deep into the Arctic Circle. Intuit customers, an important segment of Northern Toboggan’s user base, have consulted on designs. A sled is necessary equipment in Eskimo life.

The tradition on which this enterprise is built dates far back, to when Egyptians used sleds to move heavy objects over sand. In centuries that followed, merchants and adventurers – spanning Vikings to Antarctic explorers – utilized cargo sleds hauled by dogs and humans seeking trade and discovery.

Sleds are vital to the identity of modern-day Canada, providing mobility needed to establish the fur trade. And it was the mighty sled, operated by expert mushers and pulled by burly huskies, that orchestrated the 1925 Serum Run through sub-zero temperatures over hundreds of miles of Alaska’s punishing interior.

The Harren family’s legacy started in the mid 1990s when Fr. Raymond DesChenes of the Oblate Fathers of Winnipeg, put a bug in his nephew’s ear. John was a seasoned carpenter with deep understanding of woodworking, and his Uncle Raymond encouraged him to build toboggans for communities located in the frigid, snow-laden north.

John traveled north to meet a man selling sleigh making equipment, and that piqued his interest. One of Uncle Raymond’s peers – Father Darveau in Lac Brochet, Manitoba, — provided the clincher. He explained to John how the demise of fur prices had devastated trappers and led to a shortage of handmade sleds. Still, voyagers and hunters still needed something on which to move their spoils and gear.

Next came an introduction to Milton Chaboyer, a trapper in Manitoba who long made toboggans and cargo sleds. Chaboyer came to the Warroad workshop to impart a lifetime worth of lessons to John.

Twenty-six years later, the Harrens lead a team of toboggan makers in Warroad continuing to refine the craft, supplying hundreds of sleds and snowshoe sets to customers annually. On a tour of the buildings that make up Northern Toboggan’s operations, Jackson shows off a stockpile of raw material, inventory of finished goods, and several concepts he’s toying with for potential future product lines.

Gabriel says the pandemic sparked a revival of practices steeped in nostalgia. Stuff like boardgames, puzzles, backyard barbecues. And sledding.

Shinola is in this club, offering a limited-edition toboggan this holiday season. Handcrafted in red oak, this treasure features a serialized nameplate with engravings made by a Warroad company specializing in laser-etching. A unique light khaki pad, providing enough cushion for two adults or three children, is sourced from a supplier in Duluth. Orange and navy rope is sourced from North Carolina.

The toboggan and Shinola do have shared heritage. Being Made in Warroad means these toboggans come from a place called “Hockeytown USA,” a title that is also often assigned to Shinola’s hometown of Detroit. The Motor City and Warroad are also both manufacturing towns situated on the shores of some of North America’s most majestic lakes.

If you’re fortunate enough to find yourself near a hill covered in snow this winter, grab your coat, hat and a well-made toboggan and lose yourself in the magic of a centuries-old tradition. As Gabriel Herren says, “my entire life has been filled with people sharing their toboggan story.”

Be sure to tell your own.