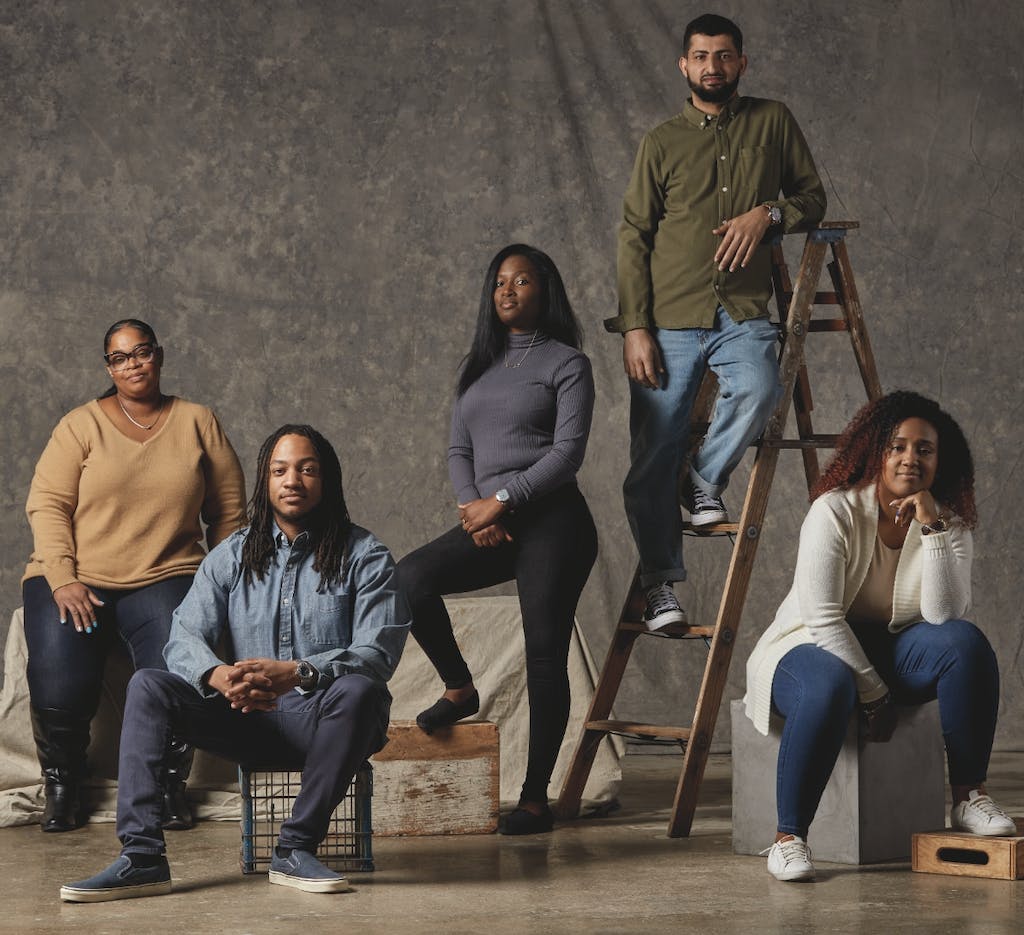 In the world of horology, the official title of Watchmaker is reverently reserved for a skilled few. After the last ten years of honing his craft in Detroit, Shinola Watchmaker Stefan Mihoc is ready for many more to come. To him, it’s been a decade of living the dream. And it doesn’t show any signs of stopping.

“Ten years ago in Detroit, a spark was ignited and quickly transformed into a lightning bolt,” he explains, harkening to the signature Shinola bolt that stands as a symbol of quality.

“In the next ten years, the world will hear a thunder.”

It all started when a watch factory was installed in 30,000 empty square feet in the historic Argonaut Building. Ten years later, the timekeepers of Detroit have assembled over one million watches.

Mihoc is just one of many original employees from the early days of Shinola who remain firmly rooted in the mission today.

Lakishka McCoy, Titus Hayes, Taneisha Brown, Salah Altam, and Tae’Aunna Schumake have all had a part in building this legacy, piece by piece. Literally. They’re five of the first watch assemblers of Detroit. Now, they’re mentoring and leading the next generation—and reflecting on the past.

At the sight of a well-loved, slightly faded New York Times advertisement, Tae’Aunna Schumake’s face lights up with recognition. It announces the original Runwell. “This brings back memories of when I first started,” she explains. Schumake’s journey with Shinola started at the dial application station of the watch assembly line.

“We were just beginning to assemble the first watches. Seeing this, it makes me proud. The Runwell was the first. And the Runwell runs well!” She laughs.

Lakishka McCoy, another original assembler, grew into a team leadership role and is now a movement and clock department supervisor. “As the years pass, I fall more and more in love with the job and the company. And that’s why I’ve stayed so long.” McCoy’s journey started with an immersive and intense training under Ronda AG, a Swiss manufacturer with decades of heritage of their own. Now, she’s one of the watchful experts that oversees assembly. Looking back, she muses, “I’ve grown in a lot of ways.”

How would she describe the Shinola of the future? “Still shining,” she says, with a sparkle all her own.

After nine years with Shinola, Salah Altam agrees. Altam has progressed through nearly every element of the craft of watches. Starting with the hands, he moved to case back closing, and finally to the finely tuned world of repairs. Altam sees no signs of slowing down. “Every year, Shinola has grown up. We will have more watches, more projects, and continue to be great.”

That’s seconded by Taneisha Brown, an original assembler who moved into a position as a movement repair tech after a supervisor noticed her affinity for the ultra-delicate world of watch movements. “If I had one word to describe the future for Shinola, it would be indescribable,” she laughs joyfully. “Because I never know what we’re going to do next.”

“When I started, there was only seven or eight people hanging lights, a couple of desks, and an empty factory floor,” says Titus Hayes. Like Brown, his first role at Shinola was in movement assembly. In the last decade, he’s stepped into more and more responsibility, making his way up in his technical skills to repairs. He now oversees assembly as a production manager.

“To see it grow, I feel I was a part of that. That’s why I stayed the last ten years. Because I wanted to be a part of something great.”

It’s clear that after a decade in the making, it’s the people who make that greatness a reality.

And the next wave after that.