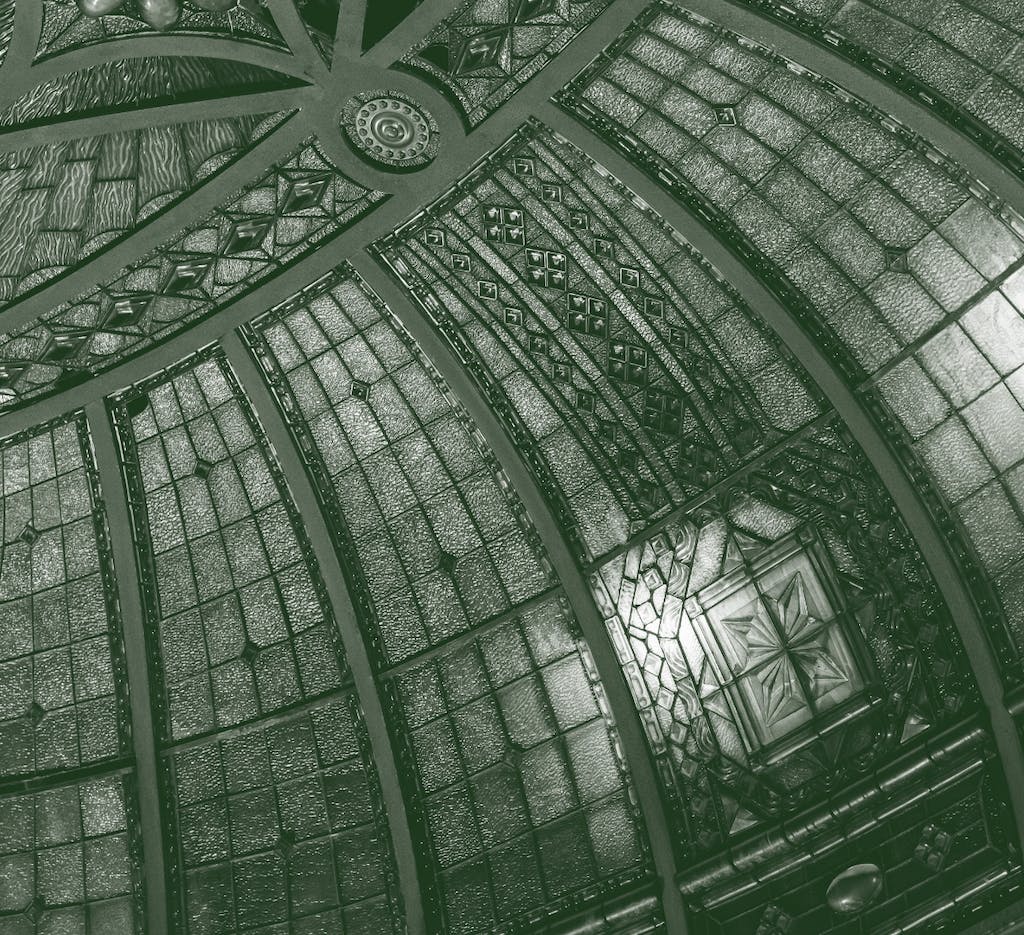 A row of stately trees splits Washington Boulevard between Michigan and Grand River Avenues, just as it has for the last hundred years plus. From the Book-Cadillac Hotel to the south to the 1930’s parish across the street, the architectural atmosphere creates an aura of having stepped back in time. It’s here on the corner at 1265, overlooking the boulevards and avenues that make up Detroit city’s wheel-spoke streets, that Book Tower rises.

There’s no other skyscraper in the city—perhaps even the Midwest—that makes a mark on the skyline quite like Book Tower. Notable Detroit architect Louis Kemper is responsible for its unusual fusion of intricate romantic Renaissance style with sheer stature. At 475 feet and 38 stories high, it was the tallest skyscraper in Detroit at its completion in 1926, usurped only by the Penobscot two years later.

Kamper designed Book Tower on behalf of the Book brothers, prominent businessmen from a long line of family wealth that stretched through decades of Detroit history. Construction began as an addition to the original, much smaller Book Building—which to this day is one of the city’s oldest surviving office buildings.

It took a decade to finish. Upon close examination, it’s obvious to see why.

Book Tower was designed in the Italian-Renaissance style. It digs back into the ancient world even as it scrapes the skies through modern engineering. The touches and trademarks of Renaissance Revival abound through classical details: Corinthian columns, florets, scrolls, crests, and even a cartouche by Detroit architectural sculptor Corrado Parducci. Look closely at the exterior and one will find a score of dramatic caryatids, stone carvings of draped female figures that quite literally hold the building aloft.

It’s capped with an elegant copper roof, long since greened.

But for all its exterior beauty, it’s a feature on the inside of the light, open, and spacious Book Tower that inspired the design of Shinola’s latest—and most luxe to date—timepiece.

The third-floor atrium opens up to a stunning art glass skylight, so intricate in its detail that it’s hard to imagine the sheer amount of labor and craft involved in its creation a hundred years ago. Its grandeur and elegance is the heartbeat of Book Tower—and it’s the light’s beautiful oval shape that’s at the heart of the Diamond Petoskey Book watch.

When first exposed to the skylight, Vice President of Product Design Brandon Little immediately asked, “What can we bring to a women’s platform that plays off the femininity of that oval atrium?” The classicism of design and innate femininity of both the Book Tower and the glass skylight gave shape—literally—to the case.

Little says the watch team began sketching that classical oval shape, directly reminiscent of the skylight, and found that it also connected to the Shinola brand DNA in recurring ways. “The soft surfacing and shape continued the design narrative of Bike Lock and Derby,” two women’s watch platforms that pulled from the elegance of a curved lug.

With the shape set, completing the identity of the Book as a watch platform was a matter of details, details, details. A polished surface, petite size, and celebration of craft through stone dials and luxe materials sets the Book apart. And for this premium, skyward-inspired timepiece’s launch, no detail was overlooked.

Visually, the special edition Diamond Petoskey Book sings. The architecturally inspired 25mm case features an elegant dome-like curve. The piece is crafted from stainless steel plated with nine microns of 18k gold and one micron of 23k gold for a total thickness of ten microns, resulting in a radiant gold finish. This luxurious plating gives the Book an elevated elegance and long-lasting strength.

Like the shimmering glass and jewels of the Book Tower skylight, eighty diamonds with three-prong settings shine in a zig-zag pattern, allowing for maximum presentation and sparkle. These are high-clarity grade VS1 full-cut diamonds, among the top five percent of all gem-quality stones. They feature 58 facts each and shine brighter—literally—due to their brilliance.

Every last Diamond Petoskey Book is unique to itself due to three finishing features: An alligator leather strap, a Petoskey stone dial, and an engravable case back.

Sewn in the USA with American hides, every premium grey alligator strap is one-of-a-kind in its patterns, lines, and textures. The stone dial is a tip to another Michigan icon: the Petoskey, an organic gemstone that features the fossilized remains of six-sided coral. No two are alike. And because the Diamond Petoskey Book is such a distinguished piece, it can be personalized with a sign, symbol, message, or monogram on the case back.

This is a watch meant to be treasured; A timepiece crafted to become an heirloom; An icon on par with a one-of-a-kind skyscraper.

As for the historic skylight? Along with the rest of Book Tower, the restoration is underway. It involves reverse-engineering the techniques used to create the components: The cast iron frame, the glass, some 7,000 jewels. It’s a delicate and complex undertaking, equal parts design and engineering, form and function, art and craft—not unlike, say, the creation of a watch. 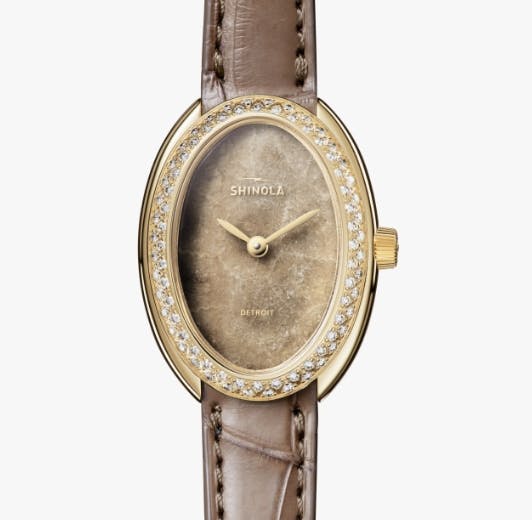