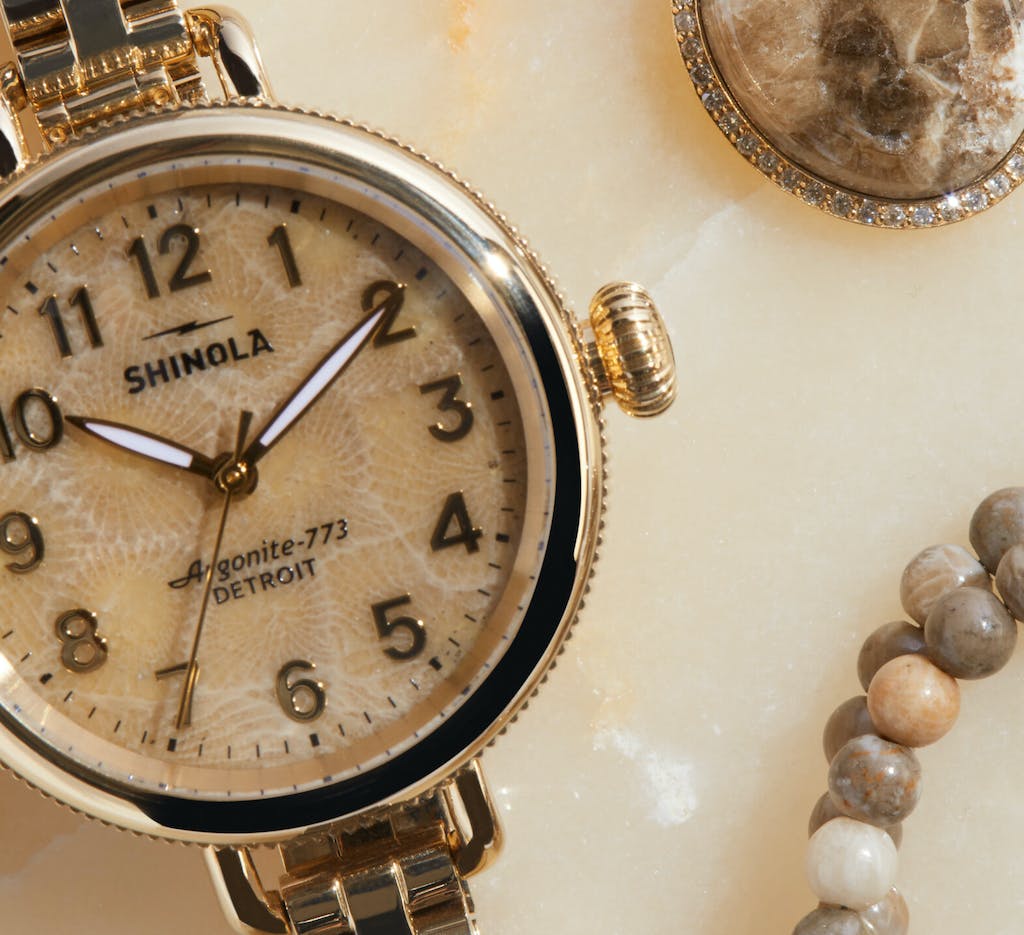 Have you ever seen a beautiful Petoskey stone necklace and wondered why the stone inside is called a “Petoskey” stone? The Petoskey stone features beautiful white fossilized rings along its polished surface and has become an icon of Michigan. It was even named the official stone of Michigan in 1965. This unique stone has become a Michigan staple and a much sought-after stone for jewelry. But, aside from a great accessory, what is a Petoskey stone?

What is a Petoskey Stone?

Petoskey stones are native to Michigan and are primarily found along the coast of Lake Michigan in a specific area of Michigan called the Petoskey area, near Petoskey, Michigan. This is one of the reasons it received its unique name. However, there is also a local story about the origin of the name “Petoskey.”  In 1787, Chief Neatooshing of the Ottowa Native Americans, and his family traveled along the Kalamazoo river to their home. Before they reached their home the Chief and his wife had a son in the early morning hours along the shores of the river. He named his son Petosegay, which means “rising sun,” and he proclaimed his son would become a great man. Lucky for Petosegay and his father he lived up to these expectations and became a very wealthy trader and landowner in Michigan. In 1873, a few years before Petosegays death, a town named Petoskey was founded on the land he owned and was named Petoskey, the Americanized version of Petosegay, in commemoration of Petosegay and his achievements.

The unique name of the stone matches its unique look. Petoskey stones are a fossilized colony of coral called hexagonaria percarinata. Each stone is covered in the rings of the coral that emanates from the dark eye in the center of each ring. The stones that are found typically have a beautiful polished look to them thanks to the waters and sands of Lake Michigan.

The Origin of Petoskey Stones

The origin of the Petoskey stone starts over 400 million years ago when the world was a very different place. Back then, in what was called the Devonian period, Michigan was roughly 3,062 miles south near the Earth’s equator. At that time Michigan was completely covered by a shallow warm saltwater ocean where the coral hexagonaria percarinata thrived across the would-be state. Over many millions of years, the area was slowly pushed north and above sea level, causing all the coral to die and fossilize. Finally, about 2 million years ago as large glaciers melted and moved across the area they scraped the land and deposited Petoskey stones in the Petoskey area of Michigan where they sat waiting to be found.

What is the Difference Between a Petoskey Stone and a Charlevoix Stone?

Where to Find Petoskey Stones

Petoskey Stones are most often found along the shore of Lake Michigan between Traverse City, and Petoskey in the northern part of the lower peninsula. While it may be tempting to go and start looking right now, there are a few tips to keep in mind as you begin your search.