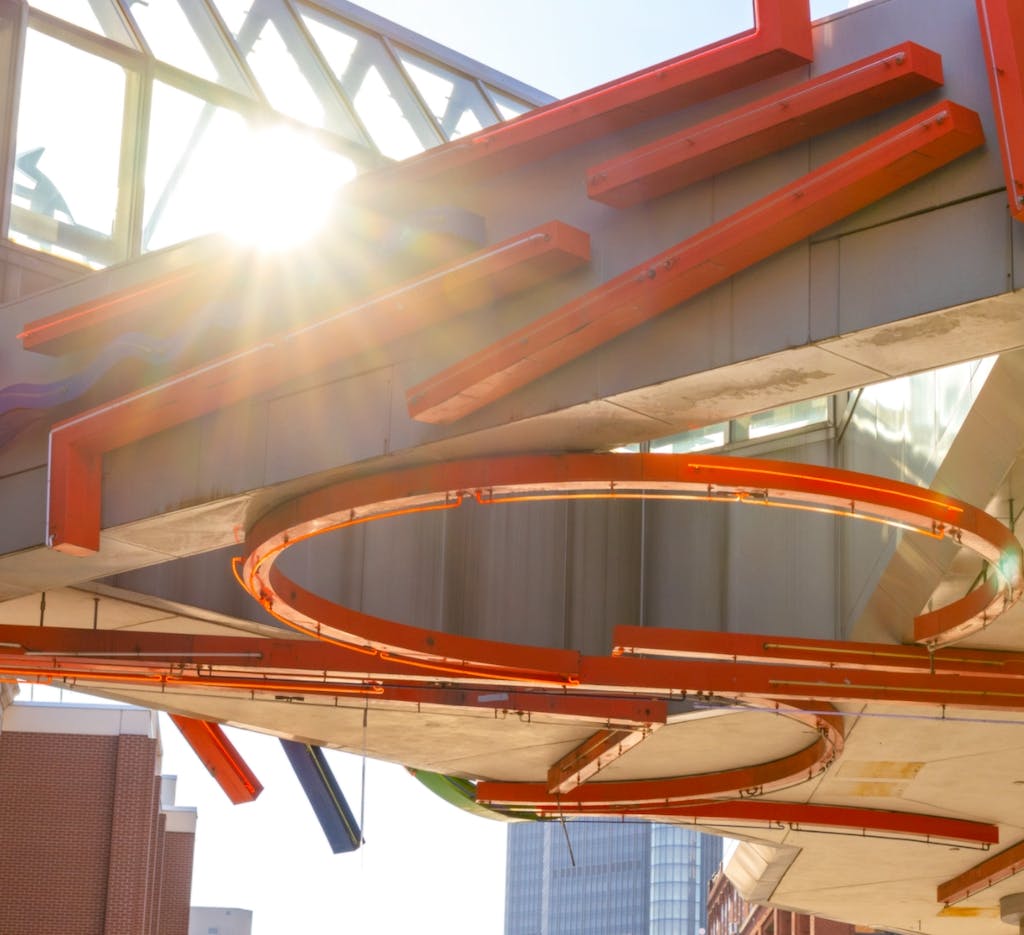 There are 142.89 square miles of real estate in Detroit. For more than three hundred years, this city on a strait connecting two lakes has been host to architectural wonders of all kinds: From temples to Italian renaissance architecture, Beaux Arts to midcentury modern.

While names like Khan, Yamasaki, and Crane are most often associated with Detroit’s architectural gems, it’s the work of Nathan Johnson that illustrates the city’s heart and soul. Johnson’s legacy lies in his thoughtful crafting of places of worship and fellowship, of gathering and communion with one another—and in his steady, unflinching perseverance.

Despite the bias and cultural barriers that stood in his way, Johnson enjoyed a successful career as a trailblazing Black architect.

When he started, few firms were open to working with a Black draftsman. But by the time of his passing in 2021, Johnson had left a noteworthy mark on Motown’s most recognizable fixtures—and on the next generation of Black architects to come.

The People Mover Station at Monroe and Beaubien in Greektown, designed by Nathan Johnson and completed in 1987. The forward-thinking, engaging style was a trademark of Johnson’s and serves as a beautiful canvas for a neon art installation. Photography by Daniel Ribar.

A STYLE ALL HIS OWN

In 1946, Donald White—who in 1932 became the first Black American to earn a degree from the University of Michigan’s College of Architecture and Urban Planning. the state’s first licensed Black architect six years later—founded White & Griffin with his fellow Michigan graduate, Francis Griffin. For the next decade, the architecture firm would become an incubator for the city’s most brilliant Black architects.

Among the bright young draftsmen who came through this design hub was Nathan Johnson.

Johnson moved from Kansas to Detroit to work at White & Griffin and immediately set to designing for Detroit’s faith leaders in the community and small retail projects. In 1956, he left the firm to start his own: Nathan Johnson and Associates, Inc.  By then, he had cemented his distinct modernist style. From the Brutalist-style addition to the Second Baptist Church in Greektown to the sweeping, futuristic steeple and squattish-hut stance of Bethel AME in Midtown, Johnson’s aperature was as unique as it was wide.

Drawing inspiration from some of the greats like Frank Lloyd Wright, Johnson cut his own path through the skyline. In contrast to the traditional architecture—post-modern neogothic, Art Deco—Johnson’s creations were sculpted toward the future, not buried in the past.

Johnson integrated “Googie” style, an ultramodern trend that took shape after WWII with space-age dreams and ideals. Perhaps his most recognizably boundary-pushing building was Stanley Hong’s Mannia Café, a Canton-Chinese restaurant known for its excellent food and welcoming atmosphere to the Black community during a time of civil unrest in Detroit. In the years before it closed in the mid-90’s, Mannia Café was home to the Rhythm Kitchen, an event that became the epicenter of the rap club scene in Detroit. Developers are working to resurrect the building as a music venue.

Johnson also oversaw the remodeling of the run-down Oriole Theater into the New Bethel Baptist Church. Located at the corner of Linwood and Philadelphia, the project was the first of its size in Detroit to be financed, designed, and executed entirely by Black Americans. The Detroit Free Press described it as a “resurrection” and Johnson as a “miracle worker.” New Bethel went on to become a prominent hub of the Civil Rights Movement in Detroit. The church once counted Aretha Franklin’s father among its pastors. The sanctuary was where Queen of Soul’s body laid in repose following her death in 2017.

Above and Left: The Wayne County Port Authority at 130 Atwater Street, designed by Architect Rainy Hamilton and completed in 2011. Hamilton counted Johnson as a mentor and friend. Photography by Daniel Ribar.

DETROIT: CITY OF THE FUTURE

Many of Johnson’s projects stemmed from the support he received from the faith community, whose leaders had the scale and budget to commission his visions. That fueled his business during an era when Black firms and architects found it particularly difficult to land public or large-scale projects

There was a nearly one-hundred year gap between the founding of Detroit’s first architectural firm in 1853 and its first Black-owned firm, White & Griffin. But the landscape changed in the 1980’ when Coleman Young became the first African American mayor of Detroit.

Young contracted Johnson to create thirteen passenger stations for the Detroit People Mover, an elevated railway system that snakes through the heart of the city to provide transpiration to residents, tourists, workers, and sports fans. In addition to their unique architecture, the stations provide a palate for fifteen unique pieces of art, from neon sculptures in Greektown to Pewabic tile arches at Cadillac Center.

Johnson shared the People Mover project with his peers, including Howard Sims and Harold Varner. Among many accomplishments, Sims & Varner went on to design the Charles H. Wright Museum of African American History—a grand achievement of Black architecture in Detroit.

Johnson sought to lift his community and spotlight others as much as he could. Throughout his life, Johnson was an inspiration and mentor to many, including to Rainy Hamilton, a prominent Black architect and the designer of the Wayne County Port Authority.

It’s no coincidence that so many of Johnson’s works are places where people congregate. They weren’t meant to be ornamental, but honest. He told the Free Press in 1963: “I compare a building to an organism, such as the human body. It is beautiful because it works.”

Next time you take a stroll through Eastern Market, take a pause beneath the open air in Shed Five, redesigned by Johnson in 1981. That cathedral-like sense of space, with its wide arches and doors, is no accident. It’s the signature of a singular architect.

At right and above: The Charles H. Wright Museum of African American History at 315 E. Warren Avenue, designed by the Sims & Varner architecture firm and completed in 1997. Howard Sims and Harold Varner were peers of Johnson’s. Photography by Daniel Ribar.