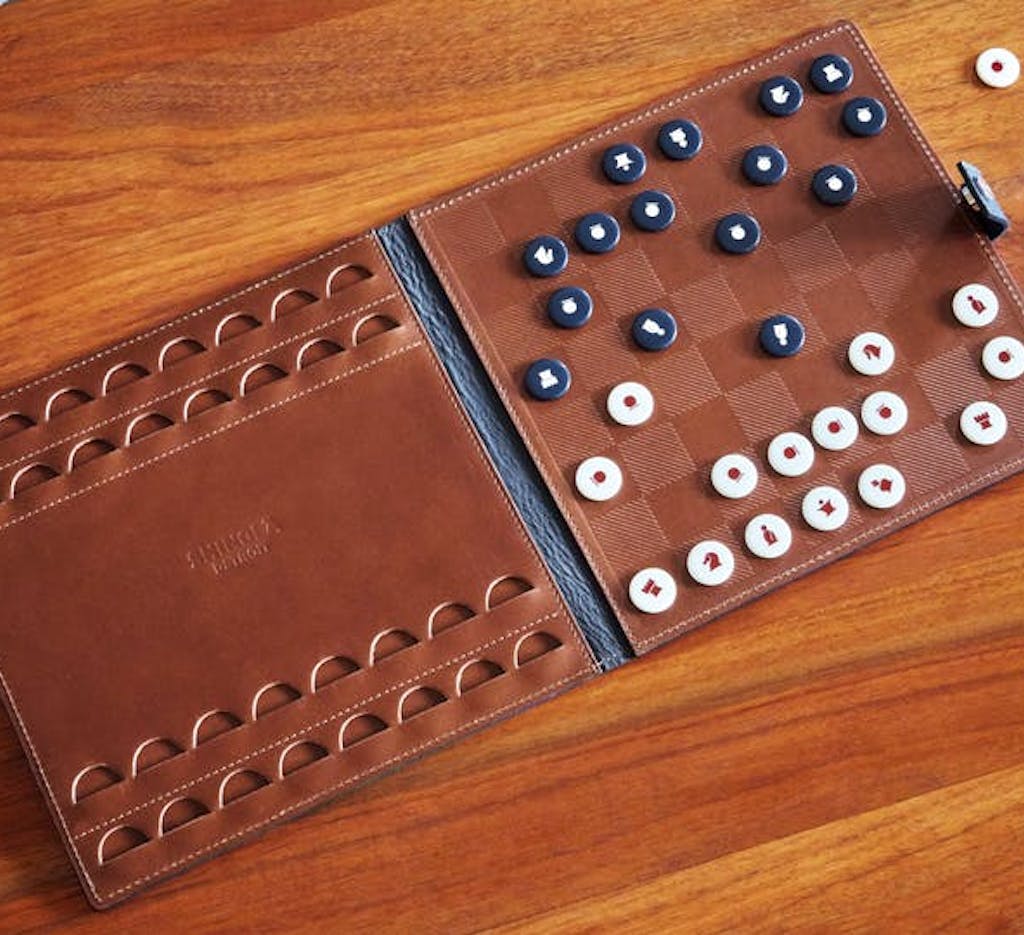 Made to Last Volume 2:

Humans have long invented ways to stay occupied during downtime. Hoop rolling. Book reading. Video games. TikTioks. But there’s one pastime that’s so old, it’s prehistoric. No, really—it’s been around since before we had written language. It’s a way to not just kill time, but enjoy it—and, vitally, to share it. The need for play comes as naturally to us as the rest of our instincts. That’s why humanity has hardly ever known life without the humble board game.

The earliest gaming pieces were small, carved, and painted stones—dice, dated 5000 B.C. Contrary to what you might guess, now that we’re in the age of text neck and screen fatigue, board games have only surged in popularity (and creativity). They make up one of the most funded project categories on Kickstarter, and just this year, manufacturers saw an explosion in sales as we all spent more time at home during the pandemic.

Who can blame us? Somehow, board games let us escape the world, yet be more present in the moment. They’re competitive by nature but form deep bonds between us. Like physical exercise, the cognitive challenge of a board game is both demanding and relaxing. They’re good for our health at any age. Better yet, when made well and with style, they’re works of art.

The good folks at Crisloid know the art of board games better than most. They’ve got a relentless drive for creating the finest, and for that reason we’ve partnered with them time and time again.

Founded in Brooklyn in 1948 and now based in Providence, Rhode Island, Crisloid is unrivaled in its reputation for American-made, premium quality classic games. From dice to dominoes, backgammon to mahjong, it’s likely you’ve come across one before. “We hear stories weekly about folks who just inherited their grandparent’s dominoes or backgammon set,” says owner Jeff Caruso. These aren’t your average supermarket editions of the classics—Crisloid sets are made by hand and built to stick around. “It’s not easy. If it was easy, everyone would do it,” he laughs.

The driving force behind that hard-to-attain lasting quality? The people. “We have a team that cares enough about quality to really spend the time,” explains Jeff. “They feel it’s their responsibility, because we’re asking the customer to make a commitment. They’re putting their trust in us that it’s going to be there.” So when heirloom board game stories come across Jeff’s desk, he can’t help but go tell the team. “It’s important to them that they can be proud of their product.”

Ultimately, the life of a Crisloid board game isn’t measured in years, but in generations. After working out safe back-to-work measures and precautions earlier in the year, Crisloid is back in action meeting the 2020 board game boom. One day, those games will be passed on with plenty of stories. For now, Jeff and the Crisloid team are overjoyed that they’ll bring people together.

“A twenty-minute game of dominoes. Or mahjong. An escape. Crack open a couple of beers. Throw the dice. What’s better than that?” Jeff says. “That’s happening all over the world with the games we make. Playing a small part in that is the best.”

This piece is part of a Holiday 2020 series highlighting some of our favorite products and the American makers who craft them. It’s our tribute to enduring, heirloom-worthy goods—and a look inside at what it takes to build things the long way. This year especially, we are grateful for every pair of hands that go to work crafting the goods we offer, with skill, thoughtfulness, and intention.