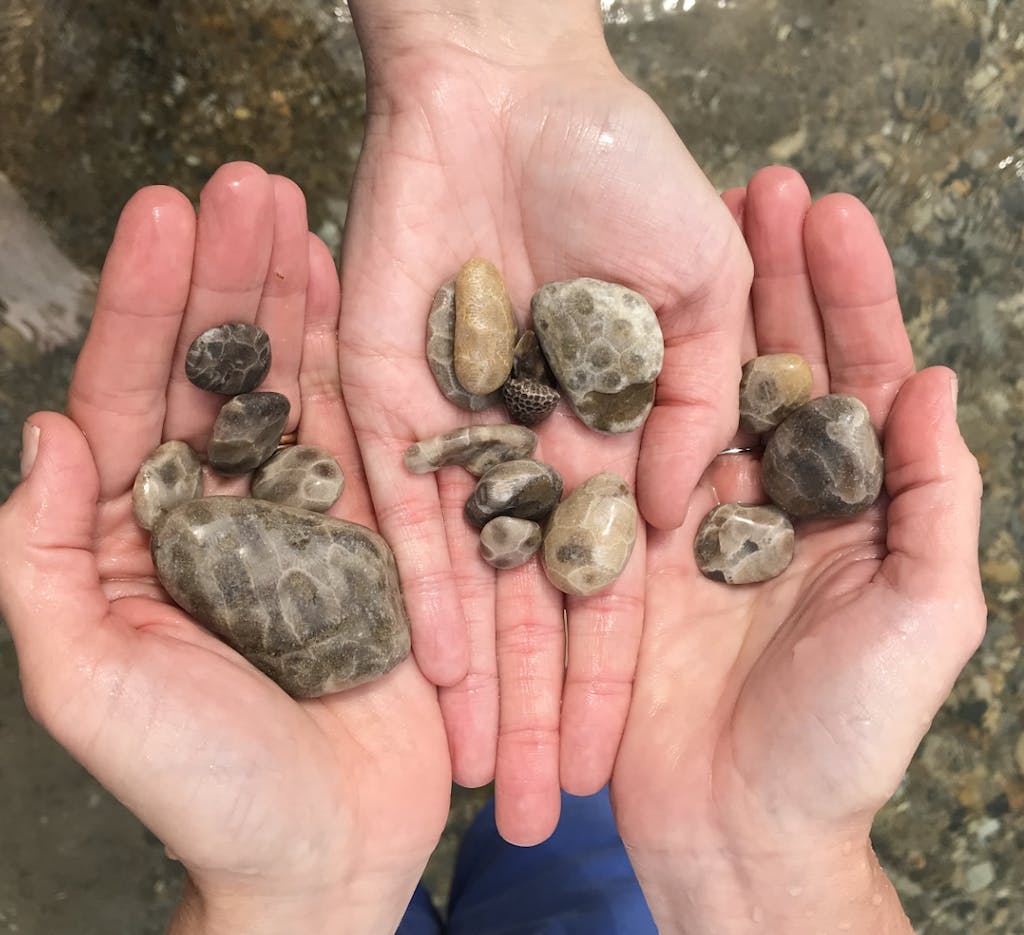 You’re wading in shallows so warm, it could be bathwater. It’s up just past your ankles. Your attention is locked in, but you move slowly. Any flash of white, any ripple of pattern. It could be just another rock. Or it could be a stone that’s anything but ordinary. It could be a Petoskey.

To a kid from the Midwest, this all checks out. To the rest of the world, it sounds like a geologist’s travel blog.

Therein lies the allure of the Petoskey Stone: Unknown by many. Cherished by few.

It starts with a time, a place, and a name. Pet-O-Sega—‘Light that is coming’—is the Indigenous Ottawan turn of phrase for the morning sun. It was given as a name to the son of an Ottawa chief’s daughter and a French fur trader. This son grew up to become a notable leader, a legend in the land’s history: Chief Petosegay. On his land at the edge of Northern Lake Michigan, a bay town at Bear Creek named itself after him: Petoskey.

On beaches from Petoskey to Manistee, curious rocks wash ashore. They can be bean-sized or big as a bowling ball. They are all different shapes. Some are dark like slate, some are a light khaki. But when wet or polished, little bursts of white appear, like rays from the rising sun.

Six-sided hexagons, to be exact. You might identify them better next to a picture of a tropical coral reef. That’s because these stones are really pieces of a millennia-old coral colony that was fossilized, broken up by glacial migration, roughed up, and then deposited up on the beach this past winter when the lake ice melted and churned the shores.

There are over thirty-seven thousand miles of fresh and saltwater coast in the world. Petoskeys can only be found on this roughly two hundred mile stretch of Lake Michigan, on beaches as stones and inland as complete underground colony heads.

For me, that swath of water, sand, and forest is home. I’m not alone. Whether you call it “Up North” or your street address, this slice of the state of Michigan is like Eden, paradisial in its own salt-free way. It draws adoration from all over the state. Petoskeys are so well-known to the populace, they’re legislated. At a ceremony in 1965, they were named the state stone. Chief Petosagey’s great-granddaughter, Ella Jane Petoskey, was there.

It was my mother who introduced me to the rarified rock. She grew up looking for them under my grandparents’—and their parents—direction. There are techniques. Methods. Rituals. It’s a tradition passed on in bare feet.

As kids, from dawn to dusk, Memorial through Labor Day, my brother and I could be found knee deep, locked in the high-stakes treasure hunt. Looking back, Mom must have been able to make it through two, three chapters of her beach read in one sitting of peace and quiet as we wandered head-down, in a meditative trance.

I have a Petoskey Vinton, one of the first watches Shinola ever made with the stone. For Mother’s Day 2020, I gifted a Petoskey bead bracelet to my mother. It meant something to give a gift so rooted in our shared memories. A piece that belonged in a jeweler’s case, not a souvenir store.

One that, like tradition, can be passed down as an heirloom. Summer vacations are long gone, but I still go Petoskey-hunting with mom when I can. We catch and release more than we collect these days. We have Petoskeys we keep with us, made to be worn for years to come.  There’s a moment that time stops when look for a Petoskey. Your mind is still. The breeze picks up. You see what you think is a glimmer of one. The morning tide and still-rising sun collide in a psychedelic mirage. It’s nothing—just a rock. But you look up with a smile. Your mom is there. 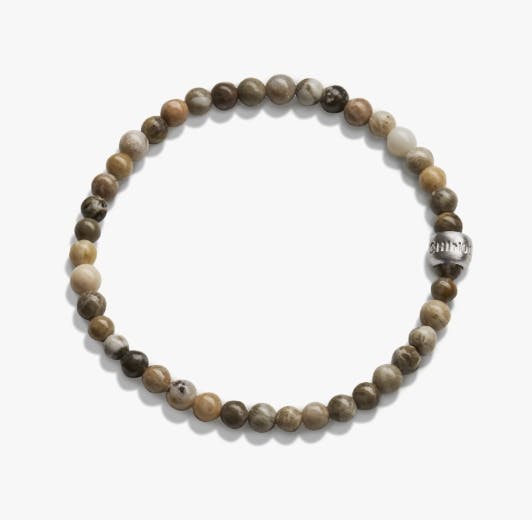