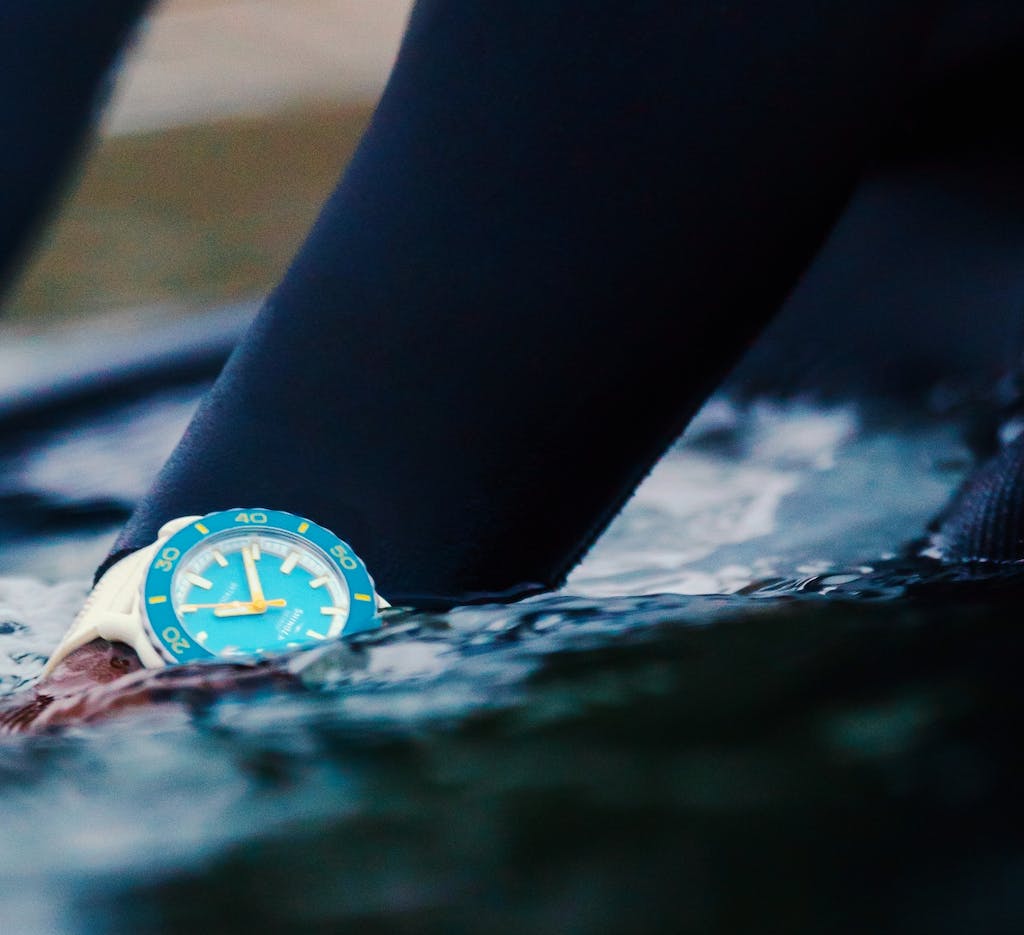 It turns out, one man’s trash really can be another man’s treasure. Or so a woman named Susan White told Shinola in her review of a watch made with recycled ocean plastic, Sea Creatures. In the summer of ’21, she wrote: “As a female marine biologist from Detroit, I was ecstatic when Sea Creatures came out and am equally glad it’s made with recycled marine debris.”

Naturally, Shinola knew who to turn to for education on all things World Ocean’s Day. White is originally from Detroit, and from 2018 on was part of the Detroit River International Wildlife Refuge in Trenton, the last undeveloped mile of the Detroit River on this side of the border. Even then, in that idyllic slice of natural beauty of the Great Lakes, she had plenty of firsthand experience with marine debris.

And whether it’s a river, a lake, or an ocean, White believes it’s vital to protect these essential ecosystems through whatever means we can. “Fresh water or salt, either way you look at it, there’s a lot of shoreline,” she laughed during a recent conversation.

Currently, White serves the U.S. Fish and Wildlife Service as the Deputy Administrator/Supervisor for the Pacific Islands Refuges and Monuments Office. White is stationed in Hawaii—or more specifically, on the Pacific Island chain that stretches for miles beyond what we think of as the state of Hawaii.

There, the island archipelago acts like a comb, picking up trash as the Great Pacific Garbage Patch passes through it, carried by ocean currents. She sees firsthand the havoc that marine debris wreaks on sea birds, coral, squid, fish, and entire ecosystems of the uninhabited islands.

There are millions of albatross that live on and around this island chain, which extend over 1200 miles. Mistaking plastic for fish, they feed it to their young. Research shows the plastics leech into the environment and can attract—then carry—other toxic chemicals.

Even on these uninhabited islands where humans rarely, if ever, step foot, our “single-use” adds up. Without intervention, it’s left to be picked up by the tide and washed back out into our oceans.

That intervention has come in an usual form:
An innovation to help us make more—and make better—with plastic. But not just any plastic. Used plastic. Taking trash, and turning it into treasure. A handful of these innovators are the folks behind #tide® ocean bound plastic and REPREVE™, the remarkable upcycled materials Shinola uses in Sea Creatures, Detrola clocks, and the first-ever Detrola bags.

While on assignment for Shinola to capture these goods on California’s Golden Coast, photographer Danny Moulton noted that you don’t have to be a marine biologist to see the effects of marine pollution firsthand.

An enthusiastic surfer, Moulton constantly encounters ocean trash. “You might be paddling out past a chip bag, a bottle…just, junk—moving through it like it’s an invasive species.” These next wave plastic materials and their message especially resonated with Moulton.

“These days it’s important to me that the things I keep close to me in my life are meaningful, including my photography. How am I helping to make the world better in some way, shape or form?”

He and millions of surfers around the world make a habit of keeping the waves clean: They bring the trash back to shore when they can, and hope that it goes to a place where it can have a second life. “To me, the idea of making something good out of something bad is really impactful.”

Day by day, that hope solidifies with a simple, albeit difficult goal: To look as our trash as a resource. To do that, it takes accepting nature’s own corrosive effect on the molecular makeup of plastic. It’s an unappealing resource. And because of that, it’s gone largely untapped. Until now.

Dr. Ian Lambert, Dean of Graduate and Research Studies at the College for Creative Studies in Detroit, specializes in this next wave of materials made from “junk.” Dr. Lambert recently completed a Carnegie Mellon-funded research project on designing with ocean plastic.

In his view, we can make the leap from “trash to treasure” with creative thinking, designing, and problem solving. It starts with changing your mind frame of how we view certain materials to begin with. What if we viewed this plastic overflow as a resource?

“We need to make peace with plastic,” he explains. By challenging ourselves to creatively upcycle an abundant resource, we can tap into more solutions for pollution that we ever imagined.

Shinola’s partners at #tide® ocean bound plastic pay the local beach communities fair and equitable wages to collect plastic on the beach. It’s then upcycled into plastics for injection molding and weaving—as seen on the Sea Creatures and Detrola clocks.

REPREVE® is a polyester made entirely of plastic bottles, taking them out of the chain and upcycling them before they can even make it to the beach. In a stroke of eco-irony, it’s water-resistant and ultra-tough, making it ideal for the beach or watersports. Or a beach cleanup.

And while this all might sound easier than done, there are far more applications for this philosophy than just plastic. Take Dr. Lambert’s recent material study of the Zebra Mussel, an invasive species to the Great Lakes that every Michigander recognizes with a painful wince.

Dr. Lambert and team turned into glass. You read that right. The pesky underfoot mussel was turned into a beautiful, workable material. From the case study:

Zebra Glass seeks to explore a need for invasive species (Zebra and Quagga Mussels in the Great Lakes) to be mitigated while identifying new material methods that remove stigma, create demand and contribute to the conservation of native ecosystems. Viewing invasive species through a lens of materiality creates an opportunity to focus on these species as an abundant, sustainable resource that creates local connections and awareness, while redefining the stigma of “invasion”. What was once a stigmatized invader, can be an abundant source of solidarity, purpose, and beauty.

Plastic, in many ways, is invading our oceans. Just ask creatures of the sea. But, as Dr. Lambert says, design can act as a force for good in the world, especially with the creativity of every new generation of students that he sees come through his doors at the College for Creative Studies.

Every designer has the ability to effect change, one project at a time. “Designers are key decision makers in the making of any material object, and have input on the materials.” We’ve only started to see the tip of the iceberg of innovative upcycling.

And, he laughs, “We don’t want to pull it from the ocean just to have it go back in the ocean.” It’s about breaking the chain of pollution, not extending it. There is a deep responsibility to design with care and craftsmanship when creating with upcycled materials.

Ocean plastic gets a bad rap. Turns out, it might be the most important thing you can learn about this World Ocean’s Day.

As Susan White concluded in her review of Sea Creatures, “It’s critical that everyone know of threats to the ocean—and that we can all help in its conservation.” 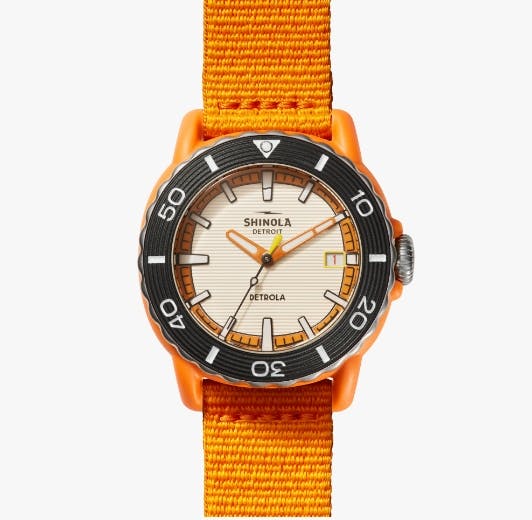 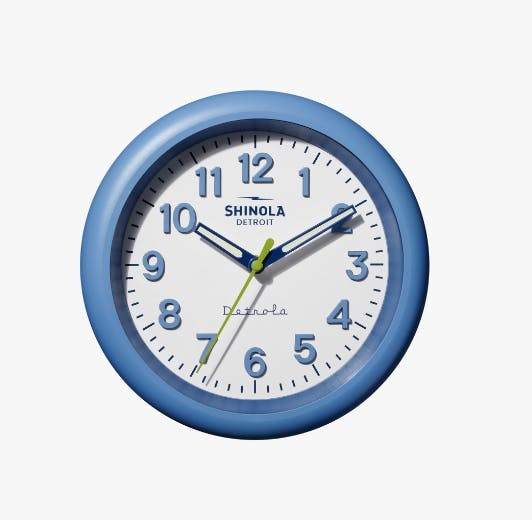 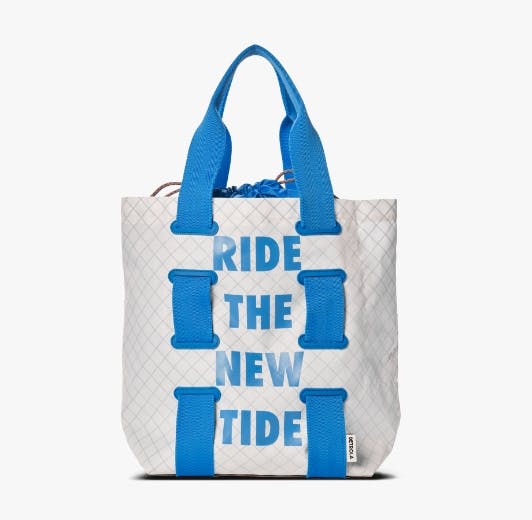 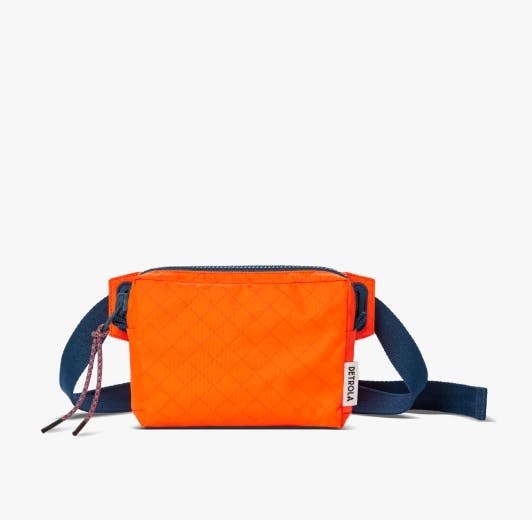