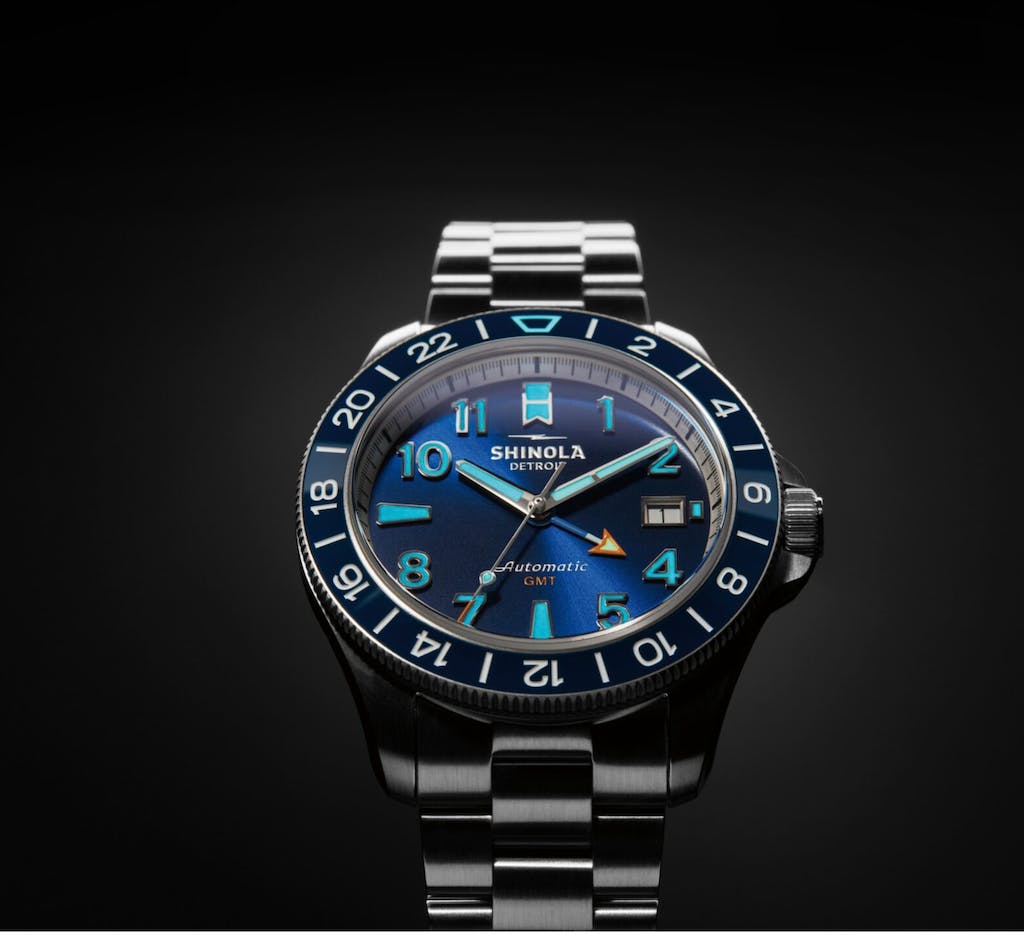 The Greenwich Meridian, also called the Prime Meridian or Longitude Zero degrees, is the reference point for every time zone in the world.

When the sun is at its highest point exactly above the Prime Meridian, it is precisely 12:00 noon in the town of Greenwich, London, England—home to the Royal Observatory. The time displayed there, counted from midnight, is Greenwich Mean Time, or GMT. Every time zone in the world is plus or minus an hour from this baseline “zero.” Pilots call it “Zulu Time.”

In the days of WWII, air force pilots and other military navigators carried 24-hour “G.C.T.” pocket watches set to Greenwich Central Time, as it was known then.

But it wasn’t until the rise of intercontinental air travel that a need arose to track a local and universal time zone at once. If you’re a pilot taking off from New York and landing in Paris, you’d like to know the local time and the destination time with just a glance.

So in the early 1950’s, the GMT was born: A travel watch that combines three-hand local time with an arrow-tipped GMT hand that rotates once a day, read with a 24-hour bezel.

Even in today’s age of tech, GMT watches continue to provide an elegant solution for pilots, captains, travelers, and anyone with a loved one in another time zones. Over time, GMT watches became emblematic of precision watchmaking because of the complexity of the movement and the demand for reliability. A GMT watch is a crown jewel for a watchmaker.

Shinola’s foray into GMT watches builds on a solid foundation. The Shinola Monster GMT Automatic is part of the long-successful Monster Automatic Series.

First introduced in 2017 as Shinola’s flagship automatic, the Lake Eerie Monster eventually grew into a series of Great Lakes inspired dive watches, rated at 30 ATM and testing beyond international standards.

Five years later, the platform takes its first step into the GMT zone, expanding what it means to be a Monster.

“This is really an example of us collecting feedback from our audience, and proving that we’re listening, we hear you,” explains Director of Watch Design Greg V. “There was a strong desire for a smaller case size and an open case back window, so we found a way to do that with the Monster series in the form of a GMT travel watch.”

Unlike its predecessors, the GMT is a lighter-on-the-wrist travel automatic with a full exhibition case back that reveals the rotor and inner workings. The GMT boasts a 10 ATM rating and arrives with an additional woven strap. Made from upcycled #tide® ocean bound plastic, it’s breathable, waterproof, and eco-conscious. Just save the truly deep end for a Monster dive watch.

But the Monster GMT embodies—and continues—the Shinola Monster spirit with its technical acumen and precision craftsmanship.

A Swiss-made Sellita SW330-2 movement inside has twenty-five jewels for reducing friction and features a minimum 50-hour power reserve. Through the power of physics and mechanical engineering, the rotor moves with its wearer, keeping the automatic movement wound. Watch it at work through the exhibition window.

Early GMT models had a fixed bezel, but with the Monster GMT’s rotating 24-hour bezel, you can track another time zone with a little addition and subtraction. The bezel, crafted with ceramic, is fine-tuned in assembly and rigorously quality-checked at the Shinola watch factory in Detroit.

This four-handed GMT automatic arrives just shy of the factory’s ten-year anniversary. It’s a testament to past growth, from watch design to the assembly line. And it’s a glimpse of the future, taking flight. 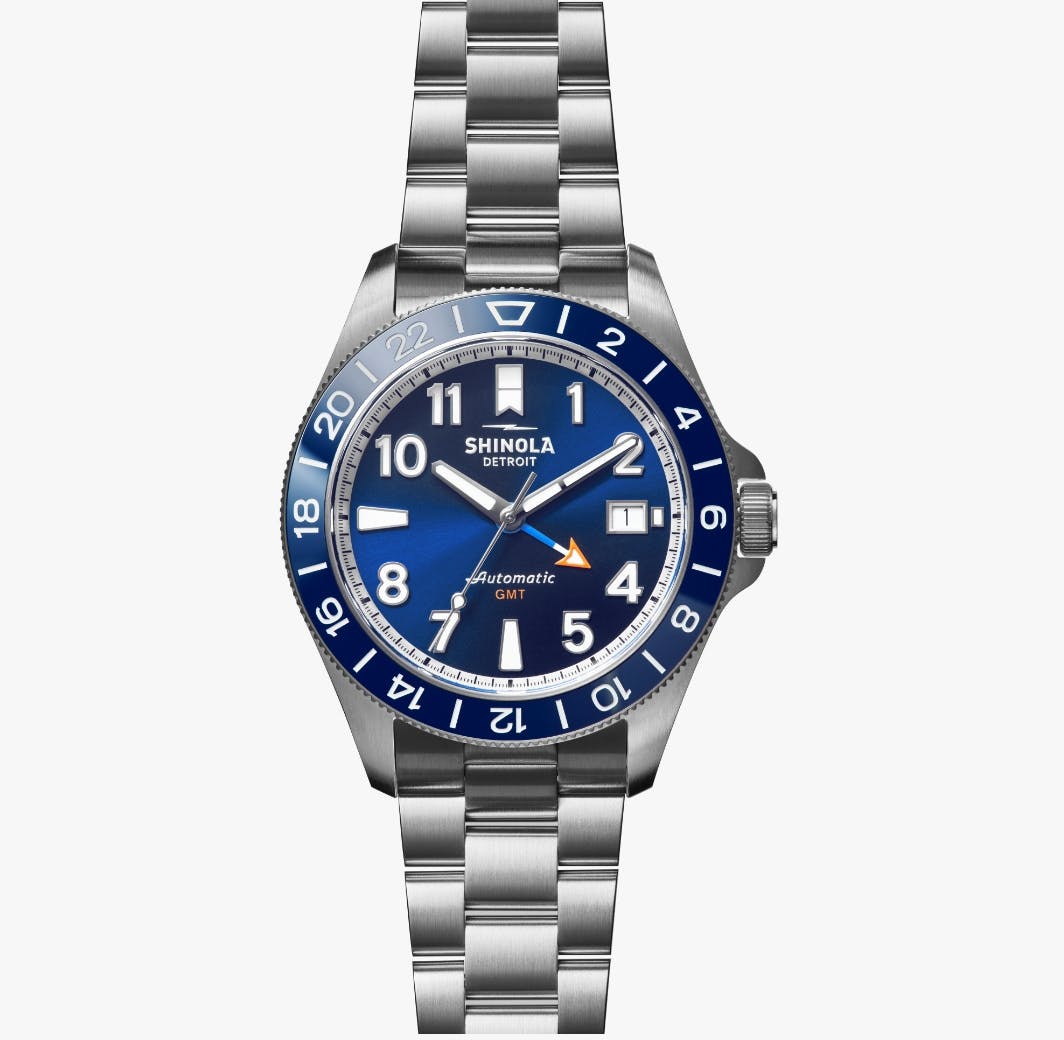