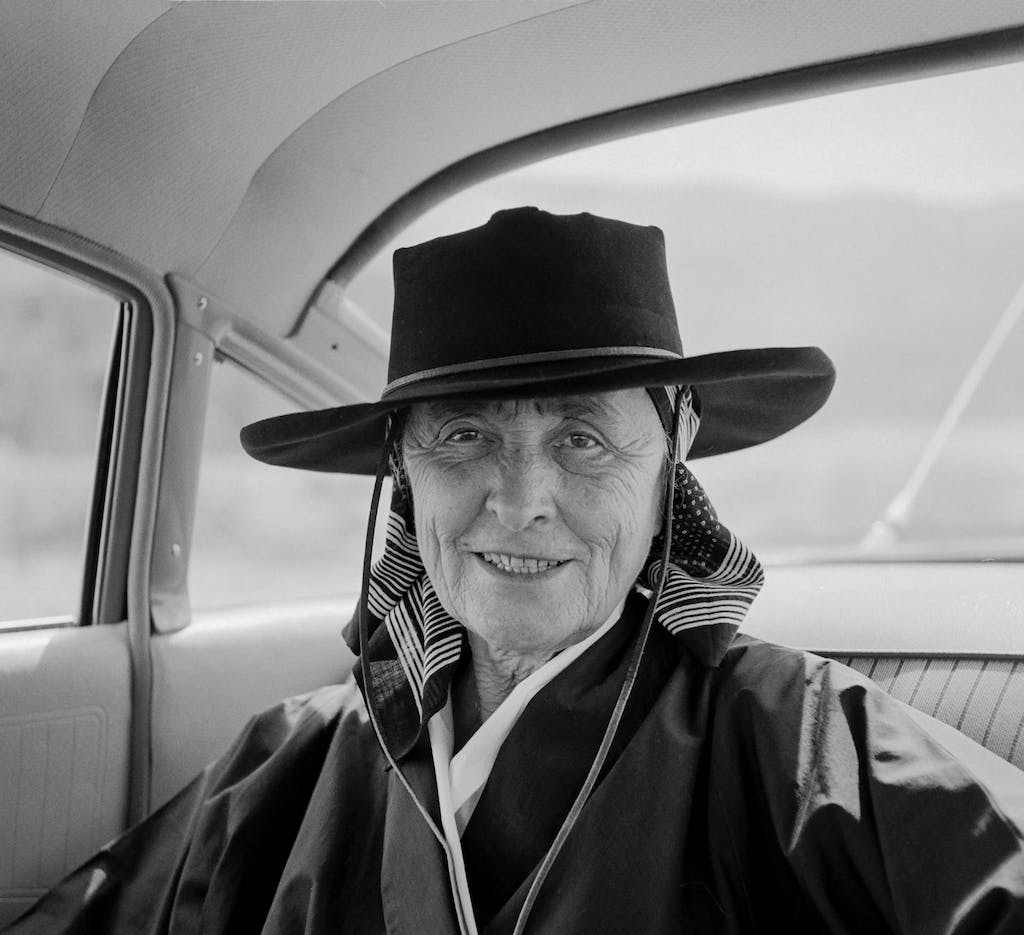 A BATTLE OF WILLS

That presented a problem for Tony Vaccaro and the journalist he had traveled to Abiquiu, New Mexico with in 1960. On assignment for Life magazine, they were tasked with profiling the iconic artist at the height of her flourishing career.

But unbeknownst to the Mother of American Modern Modernism, she’d met her match in Vaccaro. The photographer dispatched was anything but average and captured far more of O’Keeffe than she planned.

Born Michelantonio Celestino Onofrio Vaccaro, Tony was drafted to the front lines of the Allied forces during World War II at 18 years old. He applied to be an Army photographer, but was told he was too young.

Disgruntled but not discouraged, Private First Class Vaccaro donned his Army fatigues and
went on to revolutionize combat photography.

Vaccaro was efficient and authentic at a time when Army photography was plodding and posed.
Standard-issue cameras were cumbersome, requiring a tripod and only able to shoot one large
slide of film at a time. Most Army war photos were staged.

Vaccaro, meanwhile, had his own camera. Compact and light, it had a plastic lens, could take a
beating, and carried rolls with 36 exposures.

Vaccaro snapped in trenches, foxholes, forests, seas, and cities. He captured Omaha Beach
through the buttonhole in his jacket on D-Day. He developed rolls in army helmets filled with
chemicals, pinning them to branches overnight and carrying the negatives in his backpack.

He snapped more than 8,000 photographs during WWII. He could slip into the heart of the
action, and freeze it in time.

When the war ended, Vaccaro bought a Jeep from the Army and travelled Europe, documenting
what he saw along the way. On his return to the United States, he began a legendary fashion
and editorial career, capturing the likes of Muhammad Ali and Sophia Lauren.

It was 1960 when his adventures led to Georgia O’Keeffe’s door.

“She was a very private person and didn’t want anybody meeting her, especially not a
photographer,” explains Maria Vaccaro, photo archivist and Tony’s daughter-in-law.

Why did O’Keeffe let Tony in? He had photographed the world’s greatest matador, Manolete.
She was fascinated by bullfighting.

“Talk to me about Manolete,” O’Keeffe said, turning to Tony to address him for the first time.
With that, she opened a door.

“I only do black and white,” he assured her.

Over the next few weeks, O’Keeffe and Vaccaro formed a relationship that mirrored a courtship.
Says Maria: “They spent days gardening, cooking, cleaning, drinking wine, records playing. And
between all that, Tony was taking photographs of her.” Hundreds of them.

With time and trust, he was able to get around Georgia’s rules: One of his most well-known
photographs is in color and shows her art outside her studio. O’Keeffe, looking over her
shoulder, stands before a vivid red and yellow abstraction. She and her work are framed by the
sky-blue and bone landscape of New Mexico stretching behind her.

AN ARTIST AT HOME

Vaccaro is one of only six people to intimately photograph O’Keeffe, offering a crisp image of an
elegantly aloof artist in her home.

O’Keeffe’s Abiquiu abode was an extension of the artist. It was her muse, a stark contrast to her
rural Wisconsin childhood and the cityscapes of New York she painted in the 1920s. Between
1952 and 1954, O’Keeffe paid tribute to this fountain of inspiration with an arresting painting:
My Last Door, an abstraction of the entrance.

Shinola watch designers and art directors immediately gravitated to My Last Door as the source
of art for the limited-edition Birdy timepiece crafted in her honor. At a glance, the watch dial is
open and mysterious.

With a closer look, the details unfold: The black door has been translated to an ever-so-slightly-
off-kilter calendar aperture. Stepping stones serve as indices. Like O’Keeffe’s work, it’s artfully
abstract, but firmly grounded with a sense of place.

November 15 marks 134 years after O’Keeffe’s birth, and to commemorate the occasion,
Shinola and the Georgia O’Keeffe Museum are proud to present this unique celebration of an
iconic American artist’s life, alongside prints of her artwork and a Made-in-the- U.S.A. bandana
inspired by her unique style.

Included in the gift set is an image of O’Keeffe in the back of a car, sporting a trademark
western-style hat and bandana. The artist is at ease—and no wonder. It was taken by none
other than Mr. Tony Vaccaro. The photographer generously provided an intimate image of
O’Keeffe from their time together—along with a trove of stories about picnics, walks in the
garden, and the origin of her name.

“Georgia is family,” Vaccaro, now 99 years old, explains. And like all families, there are secrets
to share.

“Her grandfather was Georgio Otto – and that’s why she was named Georgia,” Vaccaro
revealed. “She doesn’t like this to be known. I knew about this years and years ago but kept it
to myself. But now that I am one year to one-hundred, I am able to reveal—let’s call it—my
knowledge of my family.”

That family intimacy is evident in the photographs. Although, as in any family, it wasn’t always
smiles.

Maria Vaccaro has looked through the photographs many times—she knows them like the back
of her hand. She laughs about O’Keeffe, “She got pissed—you can tell in a few pictures she’s
like, stop already! We’re very lucky he got to capture her this intimately.”

Lucky indeed. One man’s perseverance revealed an intimate look at one of the most private and
legendary artists in American history. One could say that it took one Great American to unveil
another.

Vaccaro went back to Georgia’s house in 2018. Now a museum dedicated to her life, it’s
almost entirely untouched. To the bemusement and surprise of the staff, Vaccaro made himself
at home. He sat down in a chair. Got comfortable. This was, after all, where he and Georgia
had played house, made art. Two of the most extraordinary artists of their lifetimes, under the
roof of a mystical home.

“Last time I was here, this wasn’t a museum,” he said with a smile. 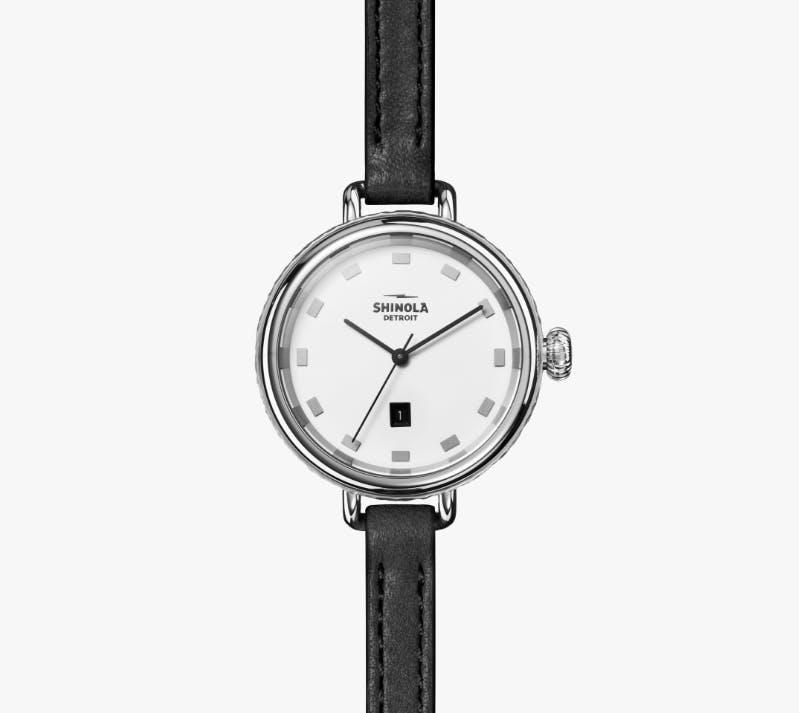